Who is Robert Black?

Robert Black is a serial killer and child abductor of the early to late 1980s.

He is most famous for the murders of Caroline Hogg, Sarah Harper and Susan Maxwell although he has been linked to many others.

He was born on the 21 April 1947 near Falkirk, Scotland and was fostered out by his parents shortly after his birth. As a child he became aggressive and slightly odd in his behaviour. He was often bullied and was usually on his own. He preferred to spend time with younger children and would often commit random attacks of sexual violence. He claimed he felt that he should have been female.

After the death of his foster mother at the age of 11, he found himself back in a children's home where his fascination for sex crossed over from fantasy to reality. His first attempt at rape was at the age of just 12 along with two other boys. It failed and he was moved to the Red House in Musselburgh. There he was sexually abused by a male member of staff.

A job as a delivery boy at 15 he admitted to molestations of 30 to 40 girls. None were officially reported until the age of 17 when he strangled a seven year old girl and masturbated over her body.

Black then moved back to Grangemouth where he met Pamela Hodgson. The relationship lasted only a few months. He then molested his landlord's 9 year old granddaughter and was told to move.

Moved on to Kinlochleven, and moved in with a couple and their 7 year old daughter who he molested. He was reported to the police where he then spent a year in borstal. On his release he moved to London, got a job as a swimming pool attendant but subsequently lost his job after a girl complained that he had touched her.

'Due to the serious nature of their crimes, it is unlikely that many of the prisoners serving life sentences for murder will ever be released by the Parole Board.'

There are three elements of a murder: Motive, Means and Opportunity. When all these elements are taken into consideration, the chances of solving the case is increased. If there is no obvious connection between murder victim and the criminal, then often these crimes will go unsolved.

Robert Black is a paedophile. It's not clear whether he intended to kill his victims although the chances are that he did. By killing his victims he ensures that they cannot identify him or reveal important facts about him as a killer and his methods.

His victims were chosen at random and it was his lust for young children which caused him to strike more than once. An eyewitness of the abduction of Teresa Thornhill was the downfall which led to his arrest.

Robert Black abducted his victims. He often slept in his white van which enabled him to be anywhere he chose within striking distance of his target. Black admitted that he looked for girls on bikes.

His job provided him with a white van which he used to take him all over the country giving him plenty of means and opportunity. 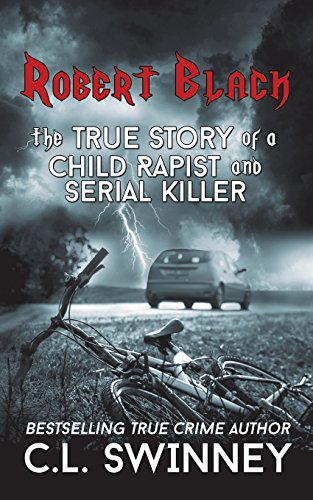 Were These Young Girls Black's Victims too?

Robert Black has been linked to 10 unsolved abductions and murders in England, as well as others in France, Amsterdam, Ireland and Germany.