Ronald Wilson Reagan was born in an apartment in Tampico, Illinois on February 6, 1911. He was educated at Dixon High School and Eureka College where he majored in Economics and Sociology. In college, he was a football player and the captain of the swim team. He was also elected Student Body President, and led a revolt against proposed faculty cuts. It’s obvious his early life prepared him to become the great president he was.

After college, he moved on to become famous in the entertainment industry. He began in Radio, broadcasting football games at the University of Iowa. He eventually moved on to Hollywood to become a famous movie actor, starring in films such as “The Brooklyn Cowboy”, “Kings Row”, and “Santa Fe Trail” where he play the part of George ‘The Gipper’ Gipp.

Regan was also a Captain in the United States Army. He never served overseas due to his nearsightedness, however he did obtain and keep a film reel showing the liberation of Auschwitz from the Israeli Prime Minister. He kept this reel of film to prove the atrocities of the Holocaust did, in fact, happen for fear of a cover up in the future.

He was a man of great courage, talent, faith, intelligence, and justice.

“According to Paul Kengor, author of God and Ronald Reagan, Reagan had a particularly strong faith in the goodness of people, which stemmed from the optimistic faith of his mother, Nelle, and the Disciples faith, which he was baptized into in 1922.” - Wikipedia

The Democratic Republic and It's Mighty Military

Before elected to the office of the President of the United States of America, Ronald Reagan was the Governor of the State of California. Therefore, his reputation of being a no nonsense leader preceded him.

Under the administration of his predecessor, Jimmy Carter, Islamic radicals took over our United States Embassy in Iran. For 444 days 52 Americans were held hostage. Within minutes, literally, of Reagan’s Inauguration, all hostages were released. This was proof that the world respected Ronald Reagan and the might of the Military he commanded.

President Reagan made self defense a priority in his presidency. Never intending to be the “bully on the block”, he managed to earn the respect of the rest of the world. He was a proven leader that would fight for the people of this great nation. We were at the height of the Cold War with the Soviet Union and actively in a nuclear arms race. Personally, I never felt more protected.

He developed the “Star Wars” plan to intercept any incoming missiles. If anyone dared to fire at us, we would be prepared to eliminate these missiles before any American citizens, in any city would be harmed. We were truly the world’s super power.

However aggressive one may find Reagan’s actions to be, remember what a kindhearted and generous man he was. We may have been the world’s super power, but we were also the world’s food supply. We gave millions of dollars in aid to starving countries, diseased countries, and defenseless countries during Reagan’s administration.

The Popular President Elected for a Second Term

Reaganomics and a Balanced Budget

It’s difficult to deny that the 1980’s were a booming time for most Americans. The economy was excellent! People were working, spending, and investing with confidence. In the 1984 election, the economy, world respect, sense of security, and foreign policy boosted the popularity of President Reagan. He won 49 of 50 states during that election. The Democratic candidate, Walter Mondale did, however, win his home state of Minnesota.

Under Ronald Regan’s administration, with a mix of Republican and Democratic controlled congress, managed to cut taxes and balance the national budget. It is important to understand that he worked with both parties to accomplish this. As early as 1981, Reagan signed into law the Economic Recovery Act. This Act was primarily responsible for the huge economic growth our country experienced throughout the 1980’s. Businesses (corporate and small) were growing by leaps and bounds, and hiring American workers in the same manner. Outsourcing of jobs was all but none.

“The first and most decisive step was tax reform. The top marginal rate on individual income was 70 percent, and Reagan, who had majored in economics in college and had read extensively in the field during the 1950s and 1960s, concluded that if you reduced tax rates and allowed people to spend or save more of what they earned, ‘they'll be more industrious, they'll have more incentive to work hard, and money they earn will add fuel to the great economic machine that energizes our national progress.’ Some economists called this approach supply-side economics; "I call it common sense," Reagan wrote in his 1990 autobiography.” - reaganheritage.org

"Mr. Gorbachev, tear down this wall!"

The Fall of the Soviet Union

Of all the Reagan legacies, the fall of the former Soviet Union was his most memorable accomplishment of all. The end of the cold war, progression of peace, and freedom for many who were caught under the thumb of Communism, are just a few benefits of the strength and courage portrayed by this incredible president. Thanks to President Reagan and his associates, British Prime Minister, Margaret Thatcher (and others); the United Soviet Socialist Republic has fallen.

Of the following 10 Presidents, which was most productive?

As always, I certainly hope this was helpful and informative. 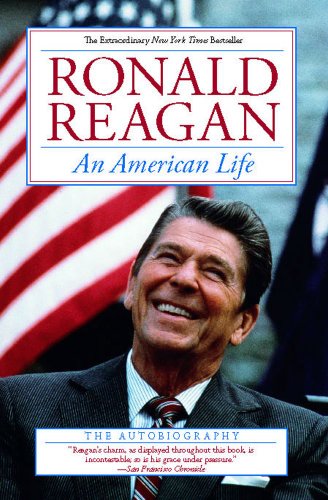 Ronald Wilson Reagan, President of the United States of America