The question quickly coming to the forefront of the Democratic side of the aisle looks toward the 2012 election cycle. Based on the outcome of the mid-term 2010 elections, the message for the Democrats is not a good one. At the same time, the potential for re-election of President Obama seems quite slim based on the current level of his popularity with the American voter. One thing is sure, if the Democrats stay with the current circumstance and direction, 2012 can only be forecast as a downhill slide for the Democrats. On that basis, I believe you can look for the following items to occur over the course of 2011.

First and foremost, Obama and the Democrats must stimulate their voter base. In order to accomplish that step, something must change significantly. An Obama/Biden ticket for re-election will not likely fly to a successful outcome. The President will need a new running mate to get out the vote. Look for a drastic move which many have, up to this point, seen as impossible. Look for the announcement of an Obama/Clinton ticket prior to the campaign season. This will not come quickly for two reasons. One, the deal is not yet made to Hilary’s satisfaction, and two, there will be a waiting period to see how much success the Republicans have with their efforts in turning the economy around and managing down government spending.

Hilary Clinton has said in the past that she would not run on a ticket as a vice-presidential candidate. I think that is still her position at heart but she must be taking a realistic look at what is happening to her opportunity and her party at this point in history. Looking closely, she can see that she has no chance in 2012 unless she takes an opposing position to Obama, the incumbent, for the Democratic nomination. I think that possibility is there if Congress goes into a gridlock and things settle into the status quo over the next year. Gridlock will make Obama a one-term wonder and seeking the nomination for the Democratic candidate will be open game.

If Hilary passes on seeking the nomination or taking the VP slot, at best her next chance is the 2016 cycle. In order to be viable in that race, she has to stay in the public eye. So she has to make a choice between taking the VP slot, seeking the status quo as Secretary of State on the chance that Obama can win without her, or sitting out for four years with little political visibility.

At the same time, do not discount the Soros effect. George Soros will bring pressure to bear on Clinton to join the 2012 ticket in the VP slot. The promise of the 2016 nomination and the financial support of Soros and all his manipulative organizations to funnel cash into her campaign coffers will be the clincher which brings her on board. In the end, Hilary will realize that this is her best path to the Oval Office in 2016. She will also realize that this is best chance to invigorate the Democratic base and regain ground lost in 2010. If not, her party may lose out altogether further sinking her chances in 2016.

There is a factor to consider here that will make this move even more effective. That factor is the Republican response in two areas. First, by early 2012, it should be apparent whether or not the Republicans will have any success at revitalizing the economy and getting job growth back on track. If that upturn has not yet taken place, it will not play well for further success for the Republicans in 2012. The second area is a significant one and pivots on who the Republicans trot out for the 2012 presidential ticket. This will be a highly critical decision even if the Republicans have made headway on both the economy and job growth.

The Republicans must make the tough choices for the right presidential candidate. They must go with a pairing that has credibility with the issues of the times and also enough appeal to span some of the age barriers across the voter population. If the party trots out some of the tired old war ponies as it is prone to do, they automatically concede an edge to the Democrats in the 2012 election.

Lastly, whether Hilary Clinton joins the Democratic ticket or not, the Republicans must keep the conservative base fired with the focus on the potential damage of government-run healthcare, immigration reform, and Cap & Trade. They must continue to emphasize the dangers of a continued direction toward socialism and the continued growth of big government both in terms of spending and in terms of regulating the lives of both business and the citizens. Given re-election, Obama will continue his agenda toward a socialistic society in America and the costs of government along with deficit spending will continue unchecked. This is the message that was effective 2010 and it will still have a strong bearing in 2012.

Politics is slippery slope and always will be. The voter too often leans to the apathetic side and has a short memory at best. From that perspective, it is very much up to the Republicans to decide their own fate in 2012. Regardless of the Democratic pairing in the presidential race, the Republic Party must make the first steps of getting the economy and jobs on track, take credit for the work, and then put their best foot forward in terms of a strong and attractive Presidential hopeful. 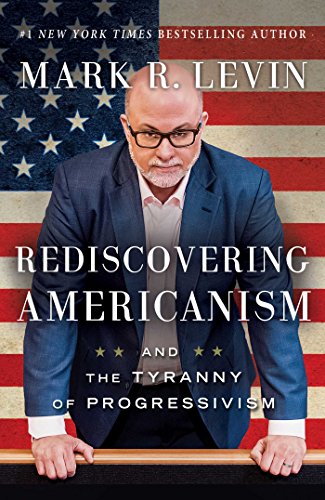 Rediscovering Americanism: And the Tyranny of Progressivism
Buy Now