Southeast Bexar County Awareness: Southside Isd Superintendent and his Secretary-Target of "Team"members on board

IS POWER MORE IMPORTANT THAN A CHILD'S EDUCATION?

Since Dr. Juan Antonio Jasso's arrival at Southside ISD, records showed that there was mass growth in the community, from subdivisions to apartment complexes, increasing the number of students within the district at a faster rate than would normally happen in a rural area.

Dr. Jasso and the school board met the challenge and exceeded it. The following are just a minimal amount of the accomplishments of Southside ISD under the guidance of Dr. Juan Jasso.

and so much more. These achievements are why State Representative John V. Garza read a resolution on June 26, 2012 commending Dr. Juan Jasso for his outstanding service to Southside ISD. Dr. Juan Jasso's accomplishments have been many to say the least.

Mr. Brewer's actions have shown that his accomplishments on the board only took the district in the wrong direction and had them consumed by bad press in the media and social networks. Dr. Jasso committed more of himself than what his pay scale covered, but it was obvious he believed in what he did for the students and the community. He not only invested in the district, but in the community as well, as he is also a member of the community and the first superintendent to live in the district that represents the Southside ISD.

Dr. Juan Jasso was paid $170,112 a year to include stipends that covered fuel and travel expenses, etc. and was governed by the entire board as a whole. The "team" ran on the fact that he was paid way to much money; the first item on their agenda after being sworn in was to remove Dr. Jasso and put him on paid suspension, the second item was to fire him.

The difference between the two contracts, other than the fact that Mr. Vela was making considerably more money than the previous superintendent is that Mr. Vela is at the mercy of the board president.

FROM THE MOUTH OF BABES

A graduate from Southside ISD recently commented "After all the great success since I was at Southside, the new School Board President wants Superintendent Dr. Jasso out! Dr. Jasso has always been about us Southsiders' finishing High School and going into college and careers to better ourselves and our lives"

Superintendent lives in district--bought his own house

The "team" campaigned on the blatant lie that the Superintendent lived in the district, in a house that the school district had used taxpayer funds to pay for. After much fact checking: LIAR LIAR PANTS ON FIRE!! is what I would have to give the "team".

Bexar County documents (GF#080226.07) show that the property was purchased by Juan Antonio Jasso and his wife, Maria Elena Jasso. The Superintendent's contract does not show funds for the purchase of a home.

Superintendents secretary released from her position

Dr. Juan Jasso's secretary; Irene Martinez who has worked for the district for over 30 years was targeted by the "team" when they were elected. As Mr. Vela was hired, Ms. Martinez's position became an issue on the agenda. Ms. Martinez took a short leave for personal reasons and returned to find that she was dismissed from her regular duties.

The board began looking for a new secretary for the Interim Superintendent as soon as Mr. Ricardo Vela was hired. Ms. Martinez, a well respected member of the community had openly campaigned for the opponents of the "team" during the elections and released from her duties in what community members saw as retaliation.

The actions of the "team" put the district at high risk of financial disaster when Ms. Martinez filed a grievance against the board and the district.

Several items in her release will work against the district. Ms. Martinez is a Hispanic female over the age of fifty. Ms. Martinez was back from an illness and then released; she was also involved in a grievance against the "team" when she was released.

The actions of the "team" continue to show the members of the community that they are willing to spend every last dime the district has to accomplish their personal agenda.

Secretary to have her grievance heard.....

Dr. Juan Jasso's secretary was to have her day; instead the "team" was unprepared and the meeting turned into a circus. Ms. Martinez requested an open hearing only to find that the board was unprepared and presented documents to the wrong grievance.

Mr. Brewer and Mr. Vela lost their tempers and made a mockery of the process. The "team" was given the opportunity to hire Ms. Martinez back or make restitution for lost wages which created an outburst from Mr. Brewer.

The team and their attorney were simply ill prepared and this continues to show the community that this is more of a power play "team" instead of concerned members of the community working for the betterment of the district, it's employees and mainly, it's students and their education.

Secretary gets her day....

After, the "team" lost control of the board at Southside ISD, Ms. Martinez received her undisclosed compensation from the district for her removal and could; if she desired, return to work at the district.

While many in the community have expressed the fact that the sitting members of the board are just as bad as the team for having given Ms. Martinez a settlement. There is clearly a difference between this case and that of the "team" inner circle member, Alma Rosa Guzman.

Was the superintendent railroaded and should they hire him back? 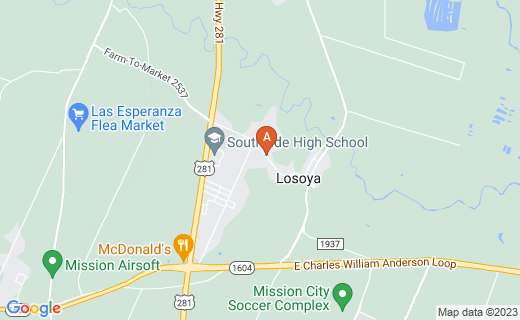 As school board elections go, they can sometimes get very nasty. You always have two kinds of candidates; those that want to help and those that just want power.

The Southside ISD went through the power phase. The candidates, Luna, Brewer and Chavez campaigned on the fact that they don't like the food service, they don't like being told what to do by TASB (Texas Association of School Boards) and they don't like Dr. Juan Antonio Jasso among many other issues and promises.

Mr. Brewer stated at a Meet & Greet that TASB was a dictator. Having been a board member that did not let board policy and procedure stand in the way of doing as he chose; it is understandable that Mr. Brewer would have a bad taste for any training that goes against what he wants to do.

However, the TASB.org website gives great insight into the programs and training that they offer for School board trustees, from Law to Governance, as well as finance and budget training. Their training comes in the form of on-line classes, workshops,books, videos, etc. Many of which are free of charge to the districts.

The candidates could be heard at community meetings, rallies and Meet & Greets spouting their agenda, but why? I felt it important to see why these candidates are so against the school superintendent and if there was any merit in their claims.

Interestingly enough, I found that Southside ISD is constantly upgrading their website and there is so much information and transparency there. From policy, procedures, the superintendents contract to separate pages for each campus and so much more.

Under Board Trustees, one can find agendas and minutes as well as Bios on each board member.

One of the issues made by the candidates: Brewer, Chavez and Luna is that the superintendent makes too much money and has a contract that exceeds 1 year. Research shows:

For this based pay:

While the candidates were crying wolf at the community with the "no" pay increases for the district, the reality of it is that on July 12, 2012, Mr. Cannon and Ms. Guzman, who openly campaigned for these candidates; and other board members voted unanimously to increase pay for principals to a min. of $76,000 to a maximum of $106,657.00. On July 24, 2012, the board unanimously voted to approve $13 an hour to transportation budget and to bring equity for all bus drivers after the budget workshop. As well a supplemental pay for employees for the 2012-2013 school year. Again on Aug 21st of 2012, the board once again voted unanimously to a stipend for all full time employees as reflected on adopted budget.

The sitting board, before Mr. Brewer and his "team" took over; gave employees raises when funds were available. During the hard economic times, when most schools were scaling back and cutting programs and teachers. Dr. Juan Jasso and the school board worked together and worked hard to maintain the best possible facilities and offer the best education for their students.

Evidence within the community pointed to the "teams" agenda show they be elected. The "get rid of Dr. Juan Jasso" agenda, had long been brewing, as board member's, Ms. Baldera's and Ms. Guzman, both left the district under bitter circumstances and then chose to run and file a lawsuit against the district (respectively) as well as Mr. Cannon, who's bio and community awareness shows that he pulled his children from the district as his wife left the districts employment. Further proof, Aug. 7, 2012- Balderas, Cannon and Guzman voted against the approval of a pay raise or extension of contract to Dr. Juan Jasso.

Candidates- Now board members and their supporters looking for dirt:

One of the "teams" most vocal supporters, Ms. Cantu called and met with members of the community to try to dig up "dirt" on Dr. Juan Jasso. A staff member ransacked through Dr. Juan Jasso's office shortly after he was suspended with pay, then accused him of stealing a "bell" from the district and an employee cutting his grass, these are far reaching reasons for dismissal and show the malicious intent and behavior of the "team". One must question, why did it take so long to dismiss and serve someone that was guilty of wrongdoing, if it was evident that he had done it, it would have been swift and quick, not taken almost five months.

Mr. Brewer, during a previous term on the board, purchased property from the district which he paid no taxes for to date and is currently like other members of his "team" in litigation for taxes.

I had the fortunate opportunity to meet someone that worked with Dr. Jasso while he was at Harlandale ISD and was given a glowing account of Dr. Jasso and all his achievements. It was mentioned that everyone was sad to see him leave, but understood the opportunities that were available to him. The most important thing that I took away from this conversation; was that "Dr. Juan Antonio Jasso would do nothing, if it wasn't right for the children. He treated them like his own and only wanted the best for them."