Saving the Penguins and the Antarctic Ecosystem in the Ross Sea

Can you imagine a place on this planet where human activity has made the least impact? Where the ecosystem has remained undisturbed for millennia with the creatures of the ecosystem living in harmony and security for all that time. There is such a place and it is the Ross Sea. However, in the last 10-15 years humans have been exploiting this region in the Southern Ocean that surround Antarctica. The reason is that overfishing in all the other oceans has exhausted the marine stock and fisheries are fishing further south in search of exotic fish and seafood.

The consequences of such indiscriminate fishing is enormous. Most of us live in blissful ignorance and continue to live the same way as the previous generations. However, it is time to sit up and take notice. It is time to think of what we are going to hand over to the next generations.

It was as recently as the 1840s that humans were able to land on the mainland of Antarctica though there had been some sightings before that time. It was explorer James Clark Ross, who discovered the Ross Sea named after him, in 1841. The Ross Sea is a large horseshoe-shaped embayment in the Antarctic landmass below New Zealand. In the early 1900s many exploratory expeditions were led into Antarctica and the surrounding ocean and has enriched the scientific knowledge of this area.

We humans have succeeded in exploiting this region to such an extent since late 1990s that many of the species are nearing extinction. 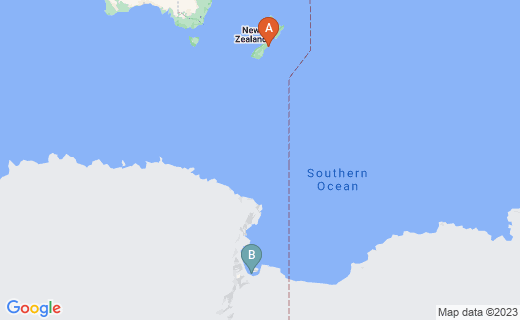 Uniqueness of the Ross Sea Ecosystem

The distance of the Ross Sea from civilization had protected it from being exploited until recently. The urgency of saving this pristine marine ecosystem was brought to the attention of concerned people in 2009 by The Last Ocean Charitable Trust, New Zealand. The Last Ocean with the help of scientist and environmental groups are campaigning to have the Ross Sea designated as a marine protected area.

Research since its discovery has revealed that the Ross Sea is a biodiversity hotspot having many unique ecological characteristics. Since it has remain untouched by human activity in comparison to other marine ecosystems, it has sizable populations of top predators including large fish, penguins, seals, whales and sea birds. For example 26% of the most popular species of penguins, the emperor penguins, are found here. Some of unique species found only in the Ross Sea are:

These are only some of the reasons to preserve the Ross Sea as a no-take marine reserve.

The Antarctic Toothfish (dissostichus mawsoni) is a close relative of the Patagoinan Toothfish (dissostichus eleginoides) and are both sold as Chilean sea bass. The Antarctic toothfish or Antarctic cod is found in the icy cold waters of the Southern Ocean and is a notothenoid and able to survive in such conditions. There is very little known about its life-history even after 40 years of research. For example, no eggs, larvae or small juveniles have ever been found. They are long-lived, up to 50 years and reach maturity at around 17 years. They are quite large, the size of an average human being, growing up to 175 cm and up to 200 pounds. They are not thought to spawn annually, and this in conjunction with their late maturity makes them highly vulnerable to overfishing.

By the year 2011 an estimated 20% of adult toothfish had been reduced, although there are not reliable scientific data on the original population. For all we know it might be more than 20% which we have exploited in the name of satisfying our taste buds. An indicator of a loss of numbers is that scientists are now unable to catch adult and large sub-adult fish in southern McMurdo Sound where 200-500 per year were routinely caught in a scientific tag-release programme that was started in 1972.

Precious Sub-Antarctic flora and fauna taken from the Rainbow Warrior

Why Save the Top Predators of an Ecosystem?

It is the top predators like the tigers, lions, sharks, tuna, billfish, whales and seals who influence the structure and function of an ecosystem. Without these predators prey populations would increase to such an extent that it would destabilize the food web of the terrestrial or marine ecosystems. A food web is a system of interlocking and interdependent food chains. Even if one link in the food web is broken it can cause a cascade of complex of effects for the whole planet including humans.

Soaring demand for the Chilean sea bass in the USA and Asian markets is a major threat to the Antarctic ecosystem. Not only is the legal 3000 tonnes of Antarctic toothfish caught every year, there is a threat of illegal fishing as well. The chilean sea bass are caught with bottom longlines which can kill endangered albatrosses, sea creatures and birds.

Save the Last Pristine Ocean on Earth

In the process of saving the top predators such as the Antarctic toothfish, killer whales, seals, albatrosses and the colossal squid we will be able to save the delicate balance of Nature. There are four main threats to the Antarctic ecosystem:

How Can We help?

There are few immediate steps we all can take to protect the Antarctic ecosystem irrespective of which country we live in:

The Last Ocean feature documentary was screened at the New Zealand International Film Festival and screenings are being held in many cities in next few months. Check out their blog for the latest news.

CCAMLR -- Convention on the Conservation of Antarctic Marine Living Resources

The ecosystems of the Southern Ocean that surrounds Antarctica is primarily governed by the CCAMLR, a key component of the Antarctic Treaty System. It is important that CCAMLR designate a large-scale, no-take marine reserve in the Ross Sea. This is the only chance to preserve the least-impacted marine region on Earth for future generations. The Antarctic Ocean Alliance recommends that CCAMLR establish a fully protected marine reserve of approximately 3.6 million square kilometers in the Ross Sea region as a first step towards creating many more marine reserves around Antarctica.

The CCAMLR commission has 25 member nations and convenes for discussions once a year (usually in October-November). Sign the petition to add your voice to protect the last relatively untouched ocean on this planet.