The Vietnam War and the Loss Of Innocence: A Moment With Bill Reflection

Note to My Readers

The Gulf of Tonkin Resolution was passed on August 7, 1964. The resolution gave President Lyndon B. Johnson authorization, without a formal declaration of war, for the use of conventional military force in Vietnam. A pronounced increase in troops followed and the rest, as they say, is history.

I hope you enjoy my free-form, stream-of-consciousness look back at the day our innocence died.

In the Land of Plenty

"He who joyfully marches to music in rank and file has already earned my contempt. He has been given a large brain by mistake, since for him the spinal cord would suffice."
Albert Einstein

Driving to the store my dad and me

not a care in the world and flying free.

Stop for some gas, that will be thirty cents for a gallon please, and we’ll even toss in some S&H green stamps to boot. Lick them, put them in your book, redeem for wondrous treasures. Keep on truckin’ to the Pig that Wiggles, grab some milk, 95 cents, grab some eggs, 54 cents, now off to the office of posts for some stamps at five cents each…..

Heading back home to our $15,000 House of Love (just don’t look in the closets, baby), dad works like everyone else with unemployment sitting at a mere 5.7% and ain’t it sweet to be young, white and free in the land of the brave and the home of the free, or is it the other way around, never could keep that straight and hey, it’s four and time to deliver papers on the Schwinn with the baseball cards stuck to the spokes and feeling pretty full of myself.

There’s a price for everything and payment, if not due in full, will be taken in full over the years, over the decades, because some wounds will not heal, and damn that Mickey Mantle can hit a ball far, far, far, it’s been a hard day’s night and time to tuck in for another night of praying to God and praying to LBJ for wisdom and direction, but he’s too busy fighting his war on poverty and probably doesn’t have the time.

The song that inspired this article 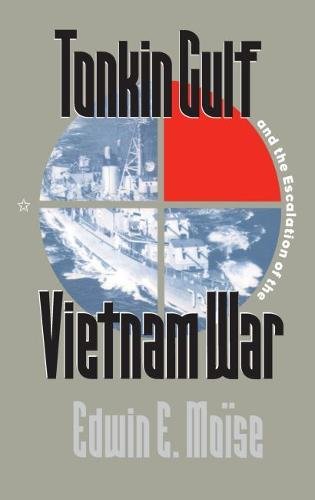 Tonkin Gulf and the Escalation of the Vietnam War
Buy Now

Look, up in the Sky

We miss you, Johnny, and we hardly knew thee.

Look, up in the sky, it’s a bird, it’s a plane, no it’s BASIC, strange visitor from another planet of artificial intelligence, or is that even possible? Sounds like science fiction to me as I peddle under the boardwalk, hop off my bike and climb up on the roof, hotter than Hades there but great view of Janice Armstrong’s bedroom window, toss a few pebbles now but don’t break that glass or Mr. Armstrong will be over for a thumpin’ and my old man will help him.

Black and white, white and black, distinct and should never be mixed because who knows what will happen if one bathroom serves all or any seat in the bus is good enough for you or me or MLK.

The SG says cigarettes are linked to lung cancer but nobody is buying it, puff, puff, and puff some more, in restaurants, in hospitals and on death beds, suck it in and suck it up, the 4 Seasons are being pushed aside by those rude little twerps from Liverpool so come on over for a cuppa tea and let’s choke down a crumpet to jolly old England but damn, man, could that queen be any uglier? She and Lyndon could do the nasty dance and have one homely kid.

Where in the World

Who done it, man? Who provided the clue and who provided the monopoly, and supply and demand are going to be the deaths of us all and where in the hell is Indochina? Leave it to the French to drop a hot, steaming turd on our doorstep.

Stop worrying about it and put a dime in the jukebox. Crank up the Kinks because you’ve really got me, Janice, and oh how I love the thought of you and me, married with 2.5 kids, me pitching in the Bigs and you sitting in the stands cheering me on, and everybody loves somebody sometime, and we’ll sing in the sunshine and love me do, Janice, love me do, but there are storm clouds forming to the west, Janice, the biggest damn storm I’ve ever seen, but right now it just looks like a tough shower and it will pass.

But It Won’t Pass Now Will It?

Aquarius is rising, baby, and for a fistful of dollars everything will be alright, and it ain’t the seven days in May you have to worry about but the seven days in August. Our little Peyton Place has some secrets now doesn’t it? And our little geisha girl isn’t looking like my fair lady but rather a ruthless bitch that will drain us dry and spit us out before it is all over.

Where have you gone Harpo Marx, packed up and moved on with Joltin’ Joe and the rest of the hucksters, most of whom are wearing three-piece suits and sipping martinis under the Dome of Justice and ain’t that just the way it’s always been?

Red is the color of sunsets and red is the color of socialist dogmatic crap, and we can’t let that crap infiltrate the red, white and blue but wait, are there different shades of red, because how else can it be that two flags have the same color, so beautiful as the sun sets on another day in Paradise.

Yep, there are ghosts in the closet and secrets in the attic, and they’re pounding at the door and demanding to be heard, but the cost of hearing will be paid in blood and oh, yes, blood is red now isn’t it?

"One of the greatest casualties of the war in Vietnam is the Great Society... shot down on the battlefield of Vietnam."
Martin Luther King, Jr.

The day the music died, or the day the innocence took a broadside hit, and there’s the pitch and it’s a double steal, our hearts and our souls, gone in an 88-2 vote in the Halls of Congress.

See-through blouses are the rage and rage is the word of the day as 58,200 Americans received their death warrant with the great seal on top and printed in blood. Pass those warrants out and we’ll expect pay sometime in the next eleven years; you just won’t know when your time has come. No sense whining, boys, because the dominoes are falling and we have to stop them before they reach our shores of liberty and Jesus H. is there any hope that those storm clouds will just dissipate and disappear?

Barricade that damn closet door now, and do your best to keep it shut, because if that mother ever opens there will be hell to pay. Go on now about your business. Deliver those papers and get to school, and don’t forget to say your prayers because somebody needs to pray for us and I wanna hold your hand just one more time, Janice, before the storm gets here and darkness falls and we lose all chance of ever getting it right.