Scotland's Independence Referendum 18th September 2014 - Why I am Voting Yes

Alex Salmond a Hero in our Nation

Why I am Voting Yes for Scottish Independence

I will be voting yes for Scotland to leave the rest of the United Kingdom and to become independent. I want to share my reasons why I have made this decision.

Scottish workplaces, streets and social media are alive with debate over our nation's future. I am no politician, I am just an ordinary Scot from an average family who wants the best for her children and our future generations.

I have supported Scottish independence my whole life and that hasn't changed. I do like to be informed so I have read vast amounts of literature from both sides of the debate and also followed social media into the wee, small hours. I am not going to quote you exact facts and figures here as they are freely available on the campaign sites.

I just want to share my views on why I feel 'Yes' is the right vote for a better future and I hope that after reading you may agree with me. 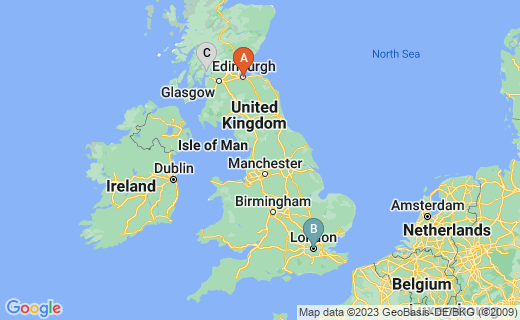 The Location of the Scottish Parliament where some decisions are made.

Where Decisions are made regarding Scotland's Future

Near the location of where the United Kingdom's nuclear weapons are stored.

Your Vote - The Background

Are You Following the Independence News?

Are you aware of and following the news on Scottish Independence?

The Key Players in the Independence Debate

On the 'Yes' side there is Alex Salmond First Minister and the Scottish National Party, working with an alliance of different groups, including the Scottish Green Party.

Whilst the 'No' camp sees various parties including the Tory, Labour and the Liberal Democrats putting aside their political differences, to work together in an attempt to fend of the threat of a broken union.

At the end of the day, it's the ordinary people who live and work in Scotland who are the important players in this debate, as it these ordinary people will be out in their millions, and they will vote to decide if we are going to leave the United Kingdom.

The Better Together Campaign Video

Better Together Want a No Vote

The Better Together want a 'No' vote and to remain within the United Kingdom. They have focused their campaign efforts on pointing out the problems they believe a 'Yes' vote would cause, such as the exact currency Scotland would use.

They have not focused on any positive changes that they would bring in the future, except to say that in the event of a 'No' vote Scotland would get some additional powers. Some undecided voters I know have said that they weren't really sure about voting 'Yes', but there is nothing in the 'No' campaign to make it look the better choice. They are now voting 'Yes' as it is the only campaign which is looking forward and providing a chance at creating a fairer society for all, 'No' did not provide an alternative vision.

The campaign advert featured on this page has provoked a lot of controversy with woman all over the country. It depicts a woman who quite honestly is nothing like anyone I have ever encountered in Scotland and it is actually quite insulting. We are a feisty, educated and vocal lot and we don't fritter away hours drinking cups of tea and make life changing decisions based purely on the thoughts of our menfolk.

Our Bonds Remain the Same

A vote for breaking up the union is not a vote which in anyway reflects on our personal relationship with England and it's people or the rest of the UK. My sibling was born in England, some of my close friends are English and a political vote taken for economic reasons doesn't in any way affect those close bonds.

We have a long established relationship with England and the rest of the UK and in the event of independence there is no reason that should change. We are voting 'Yes' only to give our country and our future generations the best chance possible. At times of need in the past we have stood shoulder to shoulder and this reciprocal relationship need not diminish.

England and the rest of the United Kingdom will always be our neighbours and respected.

Just Ten of the Many Reasons to Vote Yes 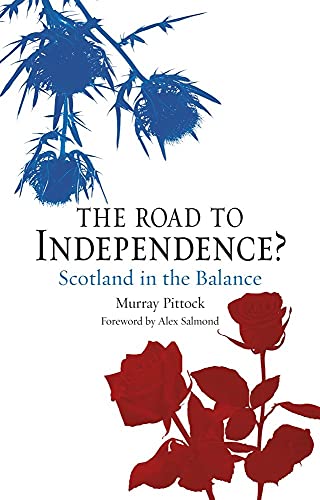 The Road to Independence?: Scotland in the Balance, Revised and Expanded Second Edition
Buy Now

Scotland Moving on After September 18th 2014

Well as you can see we are facing a huge decision. Whatever we decide there is no going back. We must choose wisely for our children and to try to create a fairer more just society. We must also respect other people's right to disagree with our own choice.

After the vote, whatever the outcome may be Scotland is still one country whatever the individuals choose to vote. Additionally independence will not detract anything from the bonds we have with the rest of the United Kingdom, it will just give Scottish people the opportunity to improve our country for our future generations.

I am voting 'Yes' because I truly believe it is the correct path for our country and the only way to provide our future generations with a more wealthy, vibrant country. Scotland has the resources, intellect and vision to move forward and bring on a brighter future filled with hope.

What Do You Think We Should Do?

Should Scotland vote for independence and leave the United Kingdom?

It is now January 2015 and the No vote which stopped Scottish independence is now in the past. Fortunately Scotland has found itself in a politically awakened state and the interest in politics is still running very high. A lot has happened across all the political parties since the referendum day and the pending UK elections in May are the next goal for furthering Scotland's political position. With this aim in mind the dream of Scottish independence is still very much alive for many people.