While some people around the world were still fast asleep in their beds, at 2.28pm on May 12th 2008 an earthquake, magnitude 8.0, struck Sichuan province of China . The epicenter of the earthquake was at Wenchuan, about 90 miles from Chengdu, a large city famous for the Giant Panda Breeding Park. The earthquake released more energy than 500 atomic
bombs, and was 30 times more powerful than the Kobe earthquake in Japan, 1995.  It is believed that close on 100 000 people died from this disaster, many of them children.

As so many schools collapsed, many people questioned the safety standards the government used when building the schools.  For a country that brags how they can build a hospital in a few weeks, one has to worry about how safe the building would be should another disaster strike.  In China, taking short cuts when erecting schools and apartment buildings is the norm.  Everything is done on the cheap.  Scaffolding is made of thin bamboo.  From what you see of the construction sites dotted all over the cities, universal health and safety regulations are not followed.  Hard hats, closed strong work boots, workmen on scaffolding tethered to something by a bungi cord are definitely not the norm.  Safety is very slapdash and one wonders how many accidents happen on construction sites.  One has to ask, how many children died, because their schools were built on the cheap?

As the one year anniversary of the Sichuan Earthquake approaches, I'd like to dedicate this hub to the survivors, the families who lost loved ones, and the soldiers and volunteers who ignored their own personal safety and risked their lives to try and save others.

The horror and the aftershocks

A year has passed since the devastating earthquake, and one has to wonder what the government has done to help the victims of this tragedy. Chinese TV stations are broadcasting special reports and programs to remember the earthquake. They are telling the general public that the government has set aside RMB85 billion for reconstruction in the Sichuan area devastated by the earthquake. Each family affected by the earthquake, received RMB10 000 from the central government, and additional money from local governments and aid agencies. For an average person living in Sichuan, RMB10 000 is a lot of money. But does it replace the loss of loved ones and all your possessions? The special reports tell of how student volunteers have gone into the mountainous regions of Sichuan to give up their time to teach the children survivors who lost their teachers. Much is made of how the government has sent psychologists in to counsel those who lost a child. To the average Chinese, what their government is doing to help the victims is commendable. However, one has to remember that the Chinese TV stations never broadcast what happened at Tiananmen Square in 1989. Most Chinese don't even know what happened there as it was blocked from the Chinese news.

What has happened to the thousands of orphan children who lost their families?

Couples who lost a child were given first option to adopt one or more children who were orphaned in the earthquake. Even though China has a one child policy, the government has graciously granted dispensation for people to adopt more than one child. Women who lost their only child, are allowed to fall pregnant again and have another. While many overseas couples wanted to adopt Chines earthquake orphans, the government is very reluctant to allow this to happen. Unfortunately, orphanages in this area are overflowing with children missing limbs, brain-damaged and with special needs whom nobody wants to adopt.

Has the government done something about protecting people's safety by putting in stronger regulations when constructing schools and other public buildings?

Stronger regulations have been put in place to prevent poor construction of public buildings in the future. There are certain standards that have to be met for public buildings like schools, libraries and hospitals, that are higher than those for apartment buildings and shops. Reinforced concrete has to be used. The government is being seen to actively enforce these new safety standards in the Sichuan Province and other areas lying on earthquake faults.

This is all well and good but...

Amnesty International is concerned about how parents were harassed and detained for up to 21 days when asking questions as to why the school buildings were so unsafe, that they collapsed so easily, killing their children.  Some have been detained repeatedly.  Some lawyers fighting for compensation for parents of the children who died, were also detained.  Parents have been prevented from taking this matter to court and have been subjected to unlawful surveillance.  The very fact that all the information I have gathered on the collapsing schools in the Sichuan earthquake has had to be accessed through Proxy Box as China has blocked access to all sites which give 'negative' information about the earthquake, says a lot.

Here is a news report, banned in China, which I managed to access through Proxy.

Beijing (AsiaNews/Agencies) - The government of Mianyang, a city in Sichuan devastated by the earthquake on May 12, 2008, in a directive dated April 24 recommends "putting under surveillance" anyone who might "undermine social stability or are identified as trouble-making petitioners." For the anniversary of the disaster, the authorities want to avoid public protests by the families who lost their children in the collapse of the schools, denied any form of justice by Beijing. Meanwhile, new directives seek to prevent the risk of more suicides among officials in the area.

88,000 people died in the earthquake, including thousands of children, who died beneath the collapsed schools. The government says 6,000 students died, but has never provided their names or ages, which are treated as "secret." Other sources say 10,000 students died. The parents claim that the schools collapsed while the surrounding buildings remain standing. Beijing at first promised rapid investigations into those responsible, but recently banned any investigation into the causes of the collapses, officially attributed solely to the seriousness of the earthquake.

The artist Ai Weiwei has begun to assemble information on the students who died on his website. But the site has been censored, and Ai has denounced frequent threats by the police against those who gather such news.

Wang Xiaodong, a volunteer in Chengdu who helps parents there to gather evidence that the Beichai middle school (Mianyang) was built with material of poor quality, says that the police came to take down information about him.

It is a common conviction that victims are in part the consequence of buildings that were poorly constructed because of widespread corruption. After two important officials in the earthquake-stricken area committed suicide in the past 6 months, the authorities are seeking to provide psychological support for Party officials. New measures for psychological support were issued on April 27. A list is also being prepared of those who display "unstable emotional reactions and unusual behaviour," who will be subjected to attentive observation, and will have weekly meetings to discuss their situation.

But Song Shinan, a scholar at the University of Sichuan, tells the South China Morning Post that the real reason for the suicide and depression among the officials is having to face people affected by the earthquake every day, coming to ask for help and justice that the authorities frequently deny them.

He says that Feng Xiang, a Beichuan official who hung himself on April 20, "is a victim who lost his only son [who died in the collapse of the school] and wanted to learn the truth, as all other parents do. Instead, as the deputy director of the local propaganda department, he was ordered to conceal the truth."

The art of misinformation

While official figures give the death toll as being about 88 000, the truth is, they have no idea.  Sources related to high up officials whom I can't name here, have said that it is believed actual figures are closer to 120 000.  Whole towns collapsed killing all inhabitants.  The government has now admitted to about 6000 dead students, but won't release exact figures or the names of the children who died.  Sources believe this to be closer to 10 000 or more.

No mention has been made of the many volunteers who swarmed in to help and rescue the trapped and injured, who lost their own lives while trying to save others.  Thousands died in the many aftershocks in the days following the earthquake.  No mention was made of those unfortunate people.  What you do hear about, is how 30 minutes after the earthquake, the army was already been flown in to start the rescue process.  You don't hear about how many soldiers lost their lives while trying to save others by pulling them from the rubble.  You hear how the Chinese premier arrived at the destruction site 2 hours after the earthquake.  But as the build up to the Olympics started, the earthquake and its unfortunate victims faded away from the news, until recently when the government has decided it's ready to show the billions of Chinese what they have done for the earthquake survivors a year down the track.

We send our children to school, expecting them to be safe.  We never think to question whether the school building they are in, was built according to proper safety specifications and standards.

Powerpoint that was sent around at the time, recognising some of the heroes. 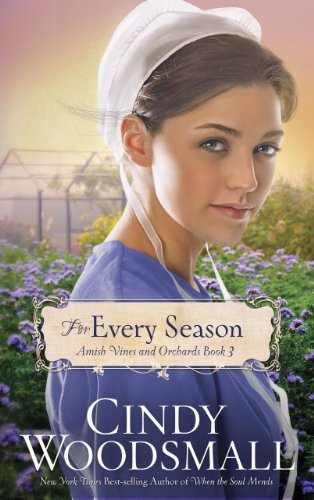