Human exploitation laced throughout parts of China and Chinese history is not limited to trafficking and the traditional crippling foot-binding that limited the mobility and person-hood of women, while it killed many little girls with infection. So much lack of consideration, increasing exploitation, and even genocide have led to the sad status of "endangered nationalities" among Chinese peoples.

Social science cannot tell us where this will end, except an even more visible two-tiered society of upper crust and slave class - something like that predicted by some analysts for America and and its economic trends for the 2010s.

Mr. Lin has been writing for about a decade, but still considered a new writer by the literary community. His first three offerings have all been engaging and very good reading - the first already made into a popular film. Ed Lin writes about the Chinese Experience in America after immigration. Such is not streets of gold and money trees.

Chinese men from at least the 1800s to the 2010s, at least 200+ years, have faced indentured servant-hood of a severe nature, They have accepted this in exchange for safe but illegal passage to New York City and other large metropolitan areas of America.

The trip and the indenture killed some of these men and exhausted the remainder, leaving them as poor as when they landed - few could bring their wives and children over as they had promised. Author Ed Lin outlines the story of these men as he unwinds the tale of Snakes Can't Run.

"The Naked City Has Many Stories" - Many of Them Chinese

Ed Lin lives in New York City and understands China Town and the NYPD through his in-depth research and personal interviews with denizens of each entity. His own early life in China Town is an incredible story, popular in both his first book and a movie.

Mr. Lin's parents were Chinese immigrants to this land and Ed saw their trials firsthand. His first book, Waylaid, is a semi-autobiography of his childhood in NYC, where he helped operate his parents' motel-brothel. That is certainly a foundation for interesting stories and probably some traumatic as well as amusing events. Not many writers have had such experiences and Lin's first book is also the film Motel.

Lin's second novel is This Is A Bust, the story of a Vietnam Veteran that is a beat cop with the NYPD in 1976. This is Chow, a twenty-something who considers himself full American, not Chinese-American, and is patriotic.

He is willing to die in battle for white Americans, and is an alcoholic with Post Traumatic Stress Disorder. His behavior and fears are like those of many Vietnam vets I have known - a little paranoid, with a lot of cursing, but with some hope for a better life. 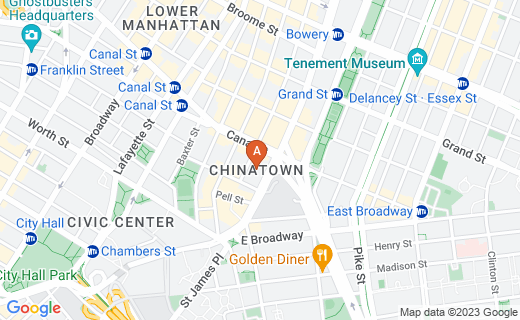 Chow is compassionate about helping any residents he can in Chinatown to survive the reign of three separate Chinese political factions: communist, Tawainese, and a third that confuses everybody.

There are also the disenfranchised Fukienese (a dialect spoken in Fukien province, SE China and Taiwan) and the younger gang members that could die on the streets. Chow counsels these youth in a hobby store, pulling some of them out of the gang life that he says is much rougher and more deadly than the gangs of his own youth.

This novel is a foundation for Snakes Can't Run, but contains it's own intrigue and suspicious deaths -- Why did a dedicated old married waitress in the "Number One Restaurant in Chinatown" die? - Was it lead paint in her apartment? Was it poisoning by a rival? Or was it a political hit? Other questions stick us and a NYPD precinct as well - Why can Detective Sanchez not speak Spanish? - his nickname is English. Why is the big boss of the precinct missing half an eyebrow? Will Chow ever get an assignment other than as NYPD Chinese face man at Chinatown events? Do traditional Lion Dances shield illegal gang activity?

We also read about shadowy aspects surrounding the immigration and unfortunate death of Chow's father. He may or may not have been a suicide and Chow blames himself. Meanwhile, his mother seems to fit in with American society almost too well.

This Is A Bust is pretty interesting and Chow comes out the other end ready to get off the beat and into some detective work.

In Snakes Can't Run, Ed Lin writes about about the history of illegal Chinese immigrants and their indenturing. Robert Chow is in better shape physically and mentally in this installment, curses less frequently, and works on a few undercover assignments. The political landscape of NYC Chinatown comes into clearer focus in this novel, as do the characters of the first book. Chow learns more about his own father's indenture and what he became, unbeknownst to his son.

The maltreated illegals are called the snakes. They are stuck in long servitude that might kill them, but they cannot run away, because they will be instantly pursued and killed for running. Many are so run down from work and sickness that they could not crawl away if given the opportunity. Some are fortunate enough to live long enough and save enough money to bring their families to America. Unthinkably, a very few of them become Snakeheads themselves.

Robert Chow lives in China Town, although his mother does not. She wishes to distance herself form it. Chow looks around to see increasing numbers of snakes and attempts to help several of them as he works on undercover police assignments with another Vietnam vet and friend, the African-American VanDyne. One case is that of two murdered Chinese illegals, but his stardom his precinct's hockey squad opens doors that help Robert solve the case.

As Chow and his partner work together, we hear about Chinese superstitions and customs, the rivalries between membership associations in China Town, the underbelly of the Chinese restaurant system, and much more we did not previously realize. For instance, it is this novel that reminded me of Chinese soldiers who fought in the American Civil War.

Of the three books thus far, Snakes is my favorite, and I am eager to read Ed Lin's next book as soon as it appears.