Snuggie Sightings: A Year and a Half Later

Does the warmth of a snuggy comfort the zeitgeist of national recession?

Ok so by now, we've all heard of snuggiepubcrawls.com, and we've all seen people all over town wearing Snuggies in public like its perfectly normal. Heck, even I posed once with a Snuggie on while I was pouring a beer for a customer, and yes, it was warm and comfortable, and didn't fall off. We've all seen it, done it, or sworn that never in a million years will I ever put "one of those things on".

When I first published this hub, back in 2009 when I was without a job and in the heart of the recession. I wondered what snuggies said about us as a people, one nation, dressed in sleeves, indivisible, with Snuggies for all. Today, in 2010, other than the fact that I have a job now, things are still eerily similar, and the Snuggie phenomenon has only grown.

I think pretty much everyone knows at least one person who has lost their job. NPR reported back in May of 2009, when I first published this article, that the new national unemployment numbers were over 5 million since December of 2007, with January being the worst results in job losses in any month since 1949, when my dad was 4.Today, after the recent elections, we've had steady job growth in the private sector for 10 consecutive months for the first time in three years. However, the gains per month have only been 10% of the losses that went on for over 24 months. I know the congress responsible for this turnaround has now been voted out (mostly), but I am hoping that doesn't change the streak or the apparent momentum building in the private sector. You would think a Snuggie could warm the heart of a GOP congressman as much as the Democrat. I don't mean to be political, but the bearing on this conversation is that not only has this fad drug out, but so has the recession, and, for what it's worth, I don't see an end in sight to either of them in the immediate future.

Is it just me, or is everything better in a blanket? 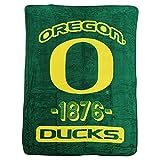 Sure fads have come before, but I've never seen one embraced with as much sincerely ironic appreciation. I mean that. In the '80s, the last time we had a recession this serious, Chia Pet and jelly sandals kept us occupied. And people wore them, or they abhorred them -- not both. Or let me clarify: it was an exceptional few who did. Today however, the norm is to ironically embrace our new more cuddly reality, even if you are underwater (see photo below). And as much as the economy is upside down, perhaps wearing a Snuggie underwater makes more sense than I first gave it credit for. I mean, here we are a year and a half later, we're still broke and we're more snuggie-ly than ever.

So why do we still wear Snuggies? I want to know: why do you wear a Snuggie? You do know they make you look like a cult member, right? You also know you have a draft in the back that makes a hospital gown look warm, right? Let me propose this theory on the proliferation of a fad that supports warmth, campy appeal, and a few hilarious moments of self-reflection: maybe the best reasons we wear Snuggies are the most obvious -- they keep us warm, give us something to discuss, and are proving to be way more versatile, albeit at the price of the "sense" part of "fashion sense," than anyone dreamed, and in the end, don't really hurt anyone. Sure someone somewhere is making money off of a blanket with sleeves, but someone is always going to make money off of whatever the people do, at least in our page of history. And sure, in five years no one will know where their Snuggie is, but do you know where the computer you bought five years ago is? The longer the fad wears on, the more I'm tempted to believe the only reason we won't know where our Snuggie is in five years is the same reason we won't know where our computer is: we'll have a new one.

Perhaps the worst reasons we wear Snuggies are because we really believe our ironic portrayal elevates us and therefore alleviates a little of the "draftiness" of recession. But is that really such a bad thing to get from a blanket? I know the question of a popular phenomenon as clue to a Freudian understanding of a collective unconscious is shallow at best, but when I find pictures like those below, I can't help but ask it. How long can we spin new snuggies from the same tired thread? It reminds me of a lyric to a Cake song, "How long will the workers, keep making him new ones? As long as their soda cans are red, white and blue ones."

The Outdoor Snuggie: Rugged yet Comfy! 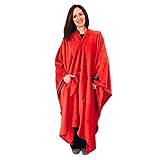 I still cannot, however, at this point, draw any conclusive statements about what I have seen, noticed, or felt about what it really says about us in our specific time and place that we dress ourselves, our children and our pets up rediculously and pretend like we aren't in settings most of us have nightmares about showing up underdressed for. It's the reverse of The Emperor's New Clothes and instead of pretending to see something, we are pretending to not see it. So tell me, respond, why do you still wear your Snuggie? Why do you take pictures of yourself drinking in bars, etc. in them?

Tell me U.S.A., I got my Snuggie on and am waiting to hear from you.  Until the Phenomenon fades, I'll keep updating this post to let you know the latest developments.

I had to make an update because I saw the phenomenon is growing. I have found a site that is like facebook. It is called snuggiebook (www.snuggiebook.com) and believe it or not, it is actually a thriving little online community. The place even totes itself as, "The Social Network with Sleeves." I am going to check it out and see if it warrants another full article.

Check out the parody video below. There are tons of them all over the web, just run a search on youtube or google video. Many of them are far better than this one, but since it talks about Snuggies having connections with a cult, I put it up. I am going to write a follow up piece about another aspect of "Snuggie Culture" that I am uncovering as you read this. In the meantime, enjoy the cheesy parody video.

Snuggies for your Pet!

As Seen On TV Snuggie for Dogs in Pink
Buy Now

November 14: Well, a year and a half later and the Snuggie phenomenon just keeps happening. Now we have Snuggies for kids, Snuggies for animals, out-door (rugged) Snuggies, custom Snuggies, college mascot Snuggies, animal print Snuggies, and more Snuggies than I can shake a blanket at. The phenomenon is going strong. On the bus the other day, I even heard two teenagers discussing whether or not they thought they could get away with wearing their Snuggies to school.

I have added more links, pictures, and Snuggie products to the site to reflect America's continued obsession. I have also, obviously, rewritten parts of the hub to reflect the year and a half that has passed and the changes that have come with it. More as it becomes available.

Just to make the point of how incredibly huge this phenomenon is, did you know that Snuggiepubcrawls.com (mentioned above), which is the official national site for all Snuggie Pub Crawls has over 95 pub crawls on their calender? That's a lot of blankets with sleeves! And, they have 4 or 5 more listed just for November 2010! Don't believe me? Check it out here. 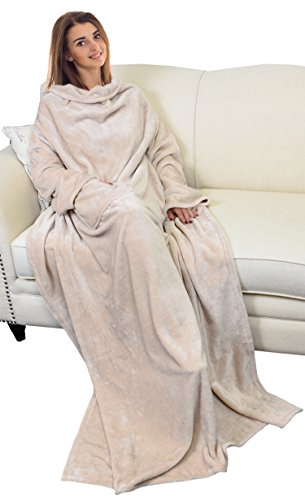 Why are there so many Snuggie Sights?

The Snuggie Cult (warning, this video is CHEESY!)

Which option most closely describes your relationship with snuggies?