Is Southside Isd Beyond Help?

I couldn't get behind Sanders because he didn't run under his own party and I felt it was wrong. I felt the same way about the Tea Party.

The Fall of a School of Promise

Southside High School created great minds, had national Hispanic scholar graduates, students graduating with pharmaceutic backgrounds, building trades and mechanical trade backgrounds to help them start off their adult life if they chose not to go to college.

Then entered the world of power hungry candidates, without the intelligence, background or forethought to govern the district. A strict agenda of bringing friends on board with overpaid salaries and under qualified for their positions. And so, the fall of Southside ISD began, with Board President, Loren Brewer and his "Team"

Board of Trustees are elected by the general public within the district; as guardian to make policies that are responsible for the financial well being of the district and the quality of education the students achieve.

Nov. 2016; the state investigated the Southside school district and found that the board was not only lacking, but instead of governing, they were manipulating the day to day activities of the district which against the law. Therefore, issuing the decision that the board was unable to appropriately govern or manage the district finances.

At this time the Education commission chose to remove the board of trustees and appoint someone to help get the district back in line. Velia Minjarez was selected and has begin the process of bringing on three Board Managers from within the district and two from outside the district. Minjarez also has the option of removing the superintendent. Which she has said she would not do.

Community not to confident that things will change..

Mr. Nathaniel Sessions, came to the district with personal baggage and continued with legal issues after he began working at the district. A KSAT12 article called him a violent criminal after brutally beating his now ex-wife. The community has asked that he be removed, claiming that he is not a good example for the students. His existence at the district has lead members of the community to feel that Mr. Eads' best interest are not for those of the district, but more so for those of his colleague.

When Mr. Brewer ran for election during the prior term, it was rumored that Mr. Brewer did not live within the district, but that his ex-wife has given him permission to use her address so that he could run for the board. Since then, Mr. Brewer, as board president, has misused his position on the board to become involved in the day to day activities of the district, lost financial control of the district by offering exorbitant salaries to friends as well as having positions created to bring in supporters as employees of the district.

Mr. Brewer is not running to retain his seat, instead to fill the seat of another board member who won't be running. Typical of political games Mr. Brewer is known for playing in previous runs for the board. Mr. Brewer was recently in a rollover accident in Atascosa County, where a reliable source said that Mr. Brewer was in a vehicle that was not his and had taken it without the permission of the owner; the person who was also giving Mr. Brewer a place to stay because he is without residence at this time. If that is the case, there should be an investigation into his ability to even qualify to run for a seat on the Southside ISD School Board. Since there are four candidates running for Position #4, there is a good possibility that Mr. Brewer could get elected to the board once more, making the TEA ruling not worth the paper it was written on. To many candidates for one position always gives the advantage to one because the votes are split too many ways.

Others running for this position are Benito Flores, who works for CPS energy as an inspector; his wife is an employee of the district. Maggie Morales, who works as a cashier and Daniel "Buddy" Vallejo, who began Vallejo Trucking in 2004 in Bexar County and currently has Country Boy Trucking in Devine, TX; but is the owner of property on Hwy 281 South within the Southside ISD district.

Position #5, which was Mr. Norberto Chavez' position, has two candidates and Mr. Chavez is not one, instead opting like his life long friend Mr. Brewer to run for another seat in Position #3. So for Position #5, there is a community member, Anita Reyna who is an independent contractor and who has been the voice in the Southside area bringing to light the removed boards activities. Ms. Reyna is running against Bruce Alan Brannon, Whataburger general Manager. Mr. Brannon lives in the new development of Pleasanton Farms since 2014 and his spouse is a district employee.

Position #3, has three candidates. Norberto "Robert" Chavez, after being removed from the board for failing to do his job as a board member is now running again. Ruth S. Arocha, State Farm Insurance retired Administrative Assistant, was also a former Southside ISD school board member, who understands the rules and responsibilities of being a board member. Sonny Santos, the other candidate running for this position, lives off FM2537 and lists himself as a truck driver, but Mr. Santos is also listed as the owner of Santos Construction and his spouse works for the district.

The Future of Southside ISD

Do you feel the district is now heading in the right direction?

The Future, what does it hold?

No one knows what the future will hold for Southside ISD, but one thing is for sure. If the community members do not come together to push forward responsible members to oversee the districts finances, the safety and education of the children; nothing will ever change. The Southside ISD community needs a strong turn out on May 6, 2017 to make sure that history doesn't repeat itself. 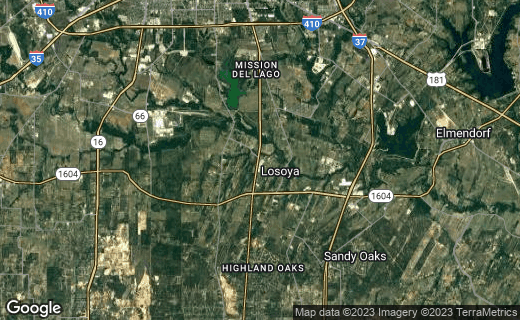