The ignorance of 1 can cause pain and suffering for many. Alma Guzman is just that type of individual.

The link for the teachers grants no longer leads to it as the "team" removed them from the district sight. The foundation Facebook page has not been updated since the "team" took over the Southside ISD school board in 2011, however, the district has taken several donations in the name of the Education Foundation; January 25, 2013, from Red McComb's dealership.

According to board minutes after it surfaced that the district no longer kept up with the Education Foundation, Mr. Cannon was put in charge of the foundation and a board was created. All members handpicked by the "team".

How did Ms. Guzman justify claiming that the scholars were unworthy?

Southside Education Foundation was founded by Alumni members, with one purpose, to help the students, teachers and the community. It's goal was to create community involvement, help the students further their education with awarded scholarships and teachers with grants for programs.

Disgruntled former employee Alma Estrada, aka. Alma Guzman "team" member of the school board called in the media to cover what she called nepotism in the way that scholarships are awarded. However, Ms. Guzman herself, forgot to enclose the fact that her own granddaughter received a scholarship from the Southside Education Foundation.

The saddest part in this entire misrepresentation was the fact that Ms. Guzman and the media disillusioned the community, by making it seem that these children were undeserving. They did not mention the fact that they were in the top 10% of their class or that one was the class valedictorian and the other class salutatorian, respectively. The story was full of inaccuracies, just to pull people in. What a shame that a sitting member of the SISD board would bring that kind of shame to it's own district.

The question that came up the most: Why was Alma Guzman going after the people who were trying to help their own community? Ms. Guzman also filed a lawsuit against the school district and though she lost the lawsuit, she was awarded a $120,000 settlement due to what community members call "nepotism"; because she openly campaigned for the "team" when they ran for positions on the SISD school board and quickly settlled with her once they were sworn in.

Blaming all the wrong people

Ms. Guzman's supporters were quick to blame Mr. Martinez, Ms. Salazar, Mr. Knapp and Ms. Lopez. The documents showed It was a unanimous vote to accept its establishment and assistance to the Southside Education Foundation.

Members at the time of establishment; Lisa Salazar, Margie Lopez, Theresa Balderas and Raul Martinez were present, as well as, Daniel Rodriguez and Rick Quebe. Mr. Knapp was absent and therefore did not vote. Mr. Rodriguez and Ms. Balderas were supported by Ms. Mendelsohn and Ms. Guzman during their elections, which would make a case as to why they were not mentioned by their supporters to the media.

Finger-pointing aside, the fact remained that the board made a legal decision to help the school district and it's community members with funding according to the action item to be paid back to the district. While Ms. Guzman and the media would like to make more out of this than there was, everything was done legally and this was nothing more than bad publicity given to a school district for doing something good and hurting the deserving scholarship recipients by running their names through the mud as well as their parents who are products of the education they received at Southside ISD.

Shame on the media

It use to be that reporters got the facts before they printed a story, however, it is evident in this coverage, that many facts were missing. The exaggeration of saying that 6 of 10 students were related to district employees, was nothing more than a ploy to pull in viewers. If the reporter had looked into the facts, he would have found that most of the employees in the district are from the local rural area. The district sits on the farthest southern region of Bexar county, where not too many people want to make the drive to or from the north side. From the custodians, the bus drivers, the kitchen staff and yes to the administrative staff, you will find locals working at SISD. A fact that Ms. Guzman, who had worked at the district for 30 years surely knew as well.

The most interesting fact to the story came when an anonymous individual spoke about nepotism. The community members quickly new it was Sylvia Ruiz Mendelsohn, the Emergency Service District #6 Board President that was involved in a lawsuit against the Southside ISD, when she and her ESD#6 board put the school and the community in danger by spending taxpayer funds on a pet project that bankrupted the Emergency Service District #6 and forced them to take out a loan in order to keep fire protection within the district.

For Ms. Mendelsohn to speak of nepotism was quite a pathetic attempt to create problems for the school district. Ms. Mendelsohn's board on the ESD#6 was her "inner circle", Roberto Chavez, Luisa Vargas, Joe Hearn, Loren Brewer and John Wood. No one else had been allowed on that board; that was not handpicked by Ms. Mendelsohn and approved by Commissioner Rodriguez who has paid Ms. Mendelsohn, along with his brother Ciro Rodriguez, over $10,000 as a campaign organizer. Chico Rodriguez then hired Ms. Mendelsohn to work for him personally at the County Commissioners Court office after she left the ESD#6 board and appointed another "inner circle" member, Ms. Castillo to the seat. Ms. Mendelsohn also helped the campaign of Alma Guzman, Roberto Chavez, Loren Brewer and Frank Cannon, when they ran for the school board.

What were Sylvia Ruiz Mendelsohn and Alma Estrada Guzman really after? Why was Sylvia Mendelsohn trying so hard to get her people on the school board?

The answers were made very clear when the "team" was elected. To give Ms. Estrada what she wanted, $120,000 in settlement and Ms. Mendelsohn, retribution for having been taken to task for putting the district in danger while President of the ESD#6; both for personal gain.

Do you see a hidden agenda? 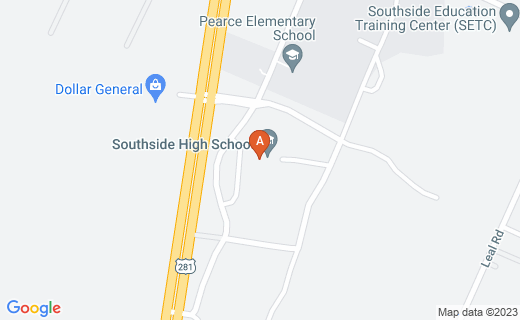