Think you might like to switch to an express bus or train for your commute? Hope maybe your local transit agency might build a new, fast, comfortable rail transit line? Considering taking a trip on Amtrak?

You may be out of luck. All those public transportation services may be left to wither and die without public funding if Tea Party and GOP plans to slash federal public transport funding become reality. And, just for good measure, money to encourage walking and biking, funding pedestrian and bicycle facilities, would be cut, too. All while highway and road construction would be revved up, financed by even more "Drill, Baby, Drill!" money.

The Tea Party-dominated Republican Party, currently controlling the U.S. House of Representatives, appears to be escalating its crusade against public transportation (so far, a series of skirmishes) into a ferocious, take-no-prisoners, all-out war. As an editorial in the New York Times of Thursday, 9 February 2012, points out, the GOP-crafted bill, House Resolution 7 (HR 7), emerging from the House, has been called by Transportation Secretary Ray LaHood (himself a Republican), the “worst transportation bill” he has encountered in 35 years of involvement in government service.

Matt Sledge, addressing the GOP measure in a Jan. 31st article in Huffington Post, described "the GOP vision for transportation" — "more highways and more toll roads. To pay for it all, there would more offshore drilling."

Here are just a few of the most egregious provisions of HR 7, euphemistically and deceptively named the "American Energy and Infrastructure Jobs Act":

• HR 7 would eliminate guaranteed funding for mass transportation, turning back three decades of progress, destabilizing urban transit funding and making it far less certain, and more vulnerable to further budget cuts during annual appropriations battles. Since 1982, when the Reagan administration and Congress changed federal transit law, mass transit has been allocated approximately 20% of motor vehicle fuel taxes and other so-called "user fees" in the federal highway trust fund. HR 7 would return to the status prior to that, dedicating all such tax revenue solely to highway and road facilities, and mass transit would be left on its own to scrounge for funding.

• HR 7 would eliminate all dedicated funding for bicycle and pedestrian programs. This includes eliminating the Safe Routes to School Program, which installs and improves sidewalks and safer street and highway crossings for schoolkids — transferring such funds into building more highways and street improvements for more motor vehicles, and placing tens of millions of schoolchildren at greater risk of injury or death from traffic.

• HR 7 would open nearly all of the USA's coastal waters to oil and gas drilling (anyone remember the 2010 BP Deepwater Horizon Gulf oil spill disaster?); this includes wetlands and other environmentally highly fragile areas that have long been excluded. The GOP's pretext here is supposedly to generate revenue to try to supplement the growing annual shortfall for transportation financing (raising the fuel tax, unchanged since 1993, is, of course, taboo for the GOP). "But", argues the New York Times, "it is really just one more attempt to promote the Republicans’ drill-now-drill-everywhere agenda and the interests of their industry patrons."

• HR 7 would eradicate significant and important environmental safeguards. It does this, the Times reports, "by imposing arbitrary deadlines on legally mandated environmental reviews of proposed road and highway projects, and by ceding to state highway agencies the authority to decide whether such reviews should occur."

• HR 7 would slash Amtrak's operating subsidy by 25% in fiscal years 2012 and 2013 — a drastic reduction for America's highly popular but financially stressed and sputtering rail passenger system, already suffering from a $64 million budget reduction signed by President Obama under pressure from the GOP. (See Amtrak's on a Roll — Ridership and Revenue Up, Thanksgiving Ridership Hits New Record.)

Asphalt Nation: How the Automobile Took Over America and How We Can Take It Back
Buy Now

A "march of horribles"

The outcry against HR 7 has spanned much of the political spectrum, from the U.S. Chamber of Commerce to the American Association of Retired Persons (AARP) to organized labor. "The business community has grave concerns about this" said Janet Kavinoky, executive director of transportation and infrastructure for the Chamber of Commerce, quoted in the Wall Street Journal (Feb. 9th). The Chamber expressed fears that the measure could obstruct efforts to pass the entire transportation bill.

Calling the House transportation bill "a march of horribles", columnist Ben Goldman, in a January 30th posting on the Greater Greater Washington website, commented that "the American Energy and Infrastructure Jobs Act looks like a return to 1950s-style transportation policy."


The Sacramento Bee's blunt assessment was that HR 7 "gives public transportation the shaft." Stephen Davis, representing Transportation For America, in a Feb. 9th posting on the Greater Greater Washington website, cited the Bee's editorial for his own judgement that "in a time when people are looking for more options for getting around each day, this bill takes away exactly what more Americans are so desperately seeking." If Tea Party Republican anti-transit crusaders have their way, he argued, "the nation's transportation network will take a giant step backward to a 'roads only' policy for dedicated funding."

Even within the GOP, there's some concern that revenue provisions of the proposed legislation may be fanciful. In his Huffington Post report, Matt Sledge recounts that

Sen. James Inofe (R.-Okla.) suggested in a statement in November that drilling fees, dependent on the stop-and-go whims of oil companies, are a fanciful idea to make up the increasing shortfall in the Highway Trust Fund.

"While Speaker [John] Boehner's idea may be a long-term revenue source for transportation infrastructure," Inhofe said, "we need to focus on the immediate problem of how we will fund a multi-year highway bill."

Nevertheless House Republicans, led by Boehner, are pushing ahead.

Transportation analyst Yonah Freemark, in a Feb. 6th posting to his nationally respected blog The Transport Politic, provides a more in-depth explanation of the weaknesses in the GOP transportation funding approach:

... House leadership recommended funding any gaps in highway spending not covered by the Trust Fund through a massive expansion in domestic energy production that would destroy thousands of acres of pristine wilderness, do little for decreasing the American reliance on foreign oil, and reaffirm the nation's addiction to carbon-heavy energy sources and ecological devastation. New energy production of this sort is highly speculative in nature and would produce very few revenues in the first years of implementation.

The phantom menace of "Agenda 21"

Lurking in the shadows of suspicious motivation for the Tea Party-GOP animosity toward public transportation are sinister clouds of an elaborate and peculiar mythology over an obscure United Nations measure, passed in 1992 — a series of lofty recommendations for reducing poverty, lowering carbon emissions, and improving cities called Agenda 21. It's virtually guaranteed that 99.99% of the nation's public officials, urban planners, and transportation industry professionals had never heard of Agenda 21, until the Tea Party started using it for the bonfire of a war dance.

The Tea Party's zany obsession with the supposed U.N. plot to take over American land use decisions through Agenda 21 seems to have infected GOP House members and even presidential contenders. Michele Bachmann's claim in 2008 that Democrats are attempting to force people onto light rail lines to travel between their housing "tenements" and government jobs may have made it into the mind of Newt Gingrich, who recently made the claim that the "elite" in New York City who ride the subway and live in high-rise condos don't understand "normal" Americans. What kind of language is this?

It's hard to assess which is loonier in all this — the Tea Party's spooky chimera of a phantom threat from Agenda 21; Michele Bachmann's notion that transit riders all live in (lower-income?) "tenements" and commute to "government jobs"; or Newt Gingrich's conception that New York City transit riders are members of an "elite" living in "condos", out of touch with "normal" Americans. In GOP Tea Party land, evidently, if you ride transit or Amtrak, you're somehow "abnormal".

Public transportation advocates are mobilizing in an effort to build opposition to HR 7 and to muster support for crafting a more forward-looking alternative.

"From coast to coast, it's becoming clear that this bill needs to be defeated" writes Transportation For America's Stephen Davis in his commentary. "We're looking forward to working with the House on a better bill, but this is not that bill."

"Join with others, make a phone call, and then spread the word via email and your social networks today if you've already called" he urges. "Use the #HouseTranspoFail hashtag today on Twitter." 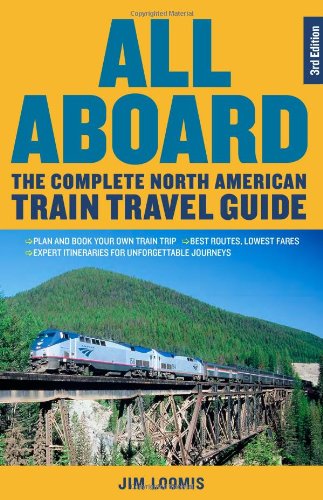 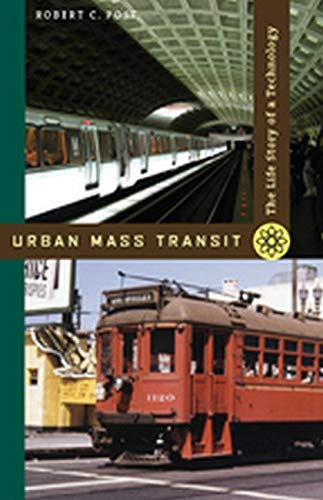