Texas Threatens to Close Northern Border at the Red River

In America, it is a proverb and a tradition for factions in Texas to be opposed to immigration and interference from outside state borders. In the 2010s, the opposition intensified not only on the Rio Grande Border, but along the Red River Border in the north.

On February 4, 2014 news commentators on Radio 610 WTVN were discussing the recent years of increases in population and jobs in the State of Texas. This would probably be seen as a good thing - a trend of economic growth. However, one reporter, who was actually from Texas, mentioned that the immigration is a problem problem that calls for tighter border patrols, north and south.

We hear that every day in America. However, the reporter said that the state was thinking again about closing off the entire border - especially the Red River Border between Oklahoma and Texas. 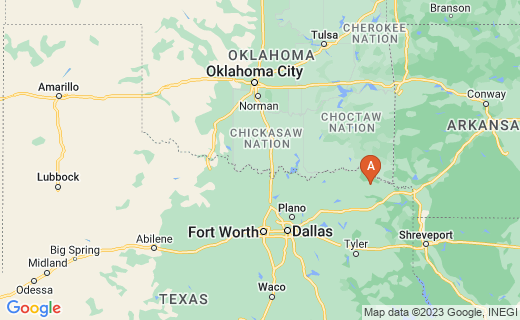 This county is at the East end of the portion of the Red River bordering North Texas.

A second or two of broadcast silence was followed by laughter at the above statement, but it was likely only half-jokingly made. Texas receives many undocumented visitors from across the Rio Grande, but also many new residents from other US States who travel in through the northern border.

Half of that northern border is the Red River of the South or Rio Rojo (Spanish). Red soils fill the river during rainy months and provide its name.

The comment about closing off the Red River of the South is reminiscent of certain state residents' opinions that Texas should secede from the Union.

What Texas would do with a final leg of the Keystone XL pipeline that was no longer "connected" to the rest of the pipeline since secession eliminated federal funding for the Canadian tar sands conduit into Texas is up for speculation. Protests against the pipeline continued into 2014, but oil has been a source of strife for many decades along the Red River.

Perhaps the new Texas government would pay the US Federal Government a hefty fee to use the Keystone pipeline. Otherwise, the tar sands would stop at the Texas border with the US Citizens that want to relocate to Lone Star.

The Oklahoma Historical Society maintains records that show boundary disputes around the Red River of the South for over 200 years. (Reference: Texas-Oklahoma Boundary Controversies.)

The fight started under President Thomas Jefferson when the Louisiana Purchase was made in 1803. For reference, this was the year that Ohio became a state.

Native Americans laid claim to the Red River Valley for centuries. This included the Caddo Confederacy, once band of the Apache Nation, and the invading Comanche Nation. The land was bought from France by the Jefferson Administration, but the Spanish stopped his delegation of explorers on the Red River. A treaty in 1819 saw the river become the Mexican-American Border.

A revolution put the Red River as the northern border between the Republic of Texas and the USA, but Texas later joined the Union in 1845. Thereafter, a Native American Reservation was formed near the fork in the river at the panhandle for three nations: Apache, Comanche, and Kiowa. After the American Civil War, the US did battle with Native Americans over the Red River.

Border Disputes on the Southern Border of Oklahoma

Past Disputed Lands Where the Forks Meet Around Vernon TX 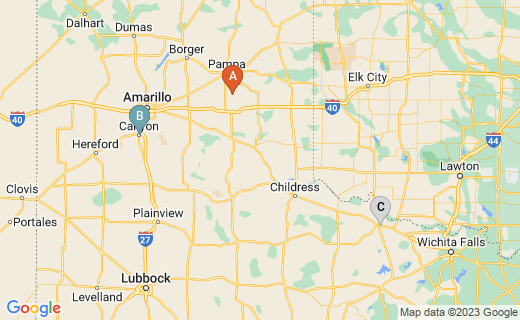 Texas is home to three dozen unrecognized Native American groups, many living around the Red River. Oklahoma has 13 such groups in addition to the recognized nations listed on the map above.

If Texas leaves the USA, any or all of the recognized and unrecognized nations, tribes, bands, and other groups in Texas and across the Oklahoma border, may petition Texas for return of their lands.

By 1918 and the end of World War I, Texans discovered oil around the fork in the river at the panhandle and disputes between Texas and Oklahoma over oil rights ensued. Further, the US Federal Government maintained that it owned oil rights in the riverbed, where some oil wells were already functioning. It seems that everyone has wanted control of the Red River in the last 300 years.

On top of all this, the course of the Red River changed and changes somewhat with the seasons and amounts of rain and erosion occurring.

As late as 1931, Texas and Oklahoma were involved in the Red River Bridge War (no casualties), because Oklahoma wanted to collect tolls and Texas wanted a free bridge. This led to martial law in Oklahoma and across the toll bridge temporarily, but a free bridge finally opened in 1931.

On August 31, 2000 a law was passed and signed that fixed the northern border of Texas,

A special commission of state delegates and Native American representatives was placed into operation in 1991 to oversee the Red River Boundary question and finally, on August 31, 2000 a law was passed and signed that fixed the northern border of Texas, although it was rather a complex calculation of vegetation lines and riverbanks.

Big Oil is an issue again in the 2010s as the Keystone XL conduit, if completed, will encroach on the Oil & Gas operations of the Native Americans doing large amounts of business in North Dakota and those who are determined to protect their reservation lands in South Dakota from in inappropriate and perhaps illegal trucking agreements with Canada. 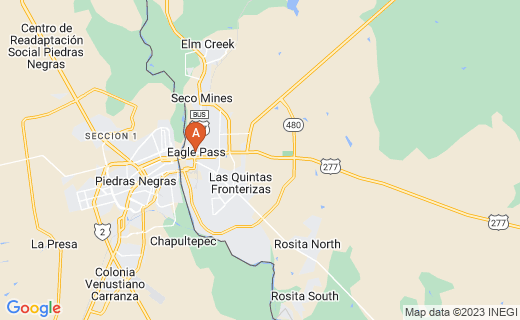 Eagle Pass is the closest American city to the reservation on the banks of the Rio Grand in Texas.

While Texas officials and residents may want to close the borders and return to Republic of Texas days as an independent nation-state and may be willing to handle oil pipeline disconnects and demands from Indigenous Peoples for land, these problems are far into the future. From 2014 - 2020, given that Texas remains in the USA, populations of major cities in the state will likely continue to grow in population and jobs.

As state income taxes rise in other US States, increasing numbers of retirees and mid-career workers and families are moving to Texas (and Florida). Business leaders seeking fewer taxes and other incentives are following the relocation trend.

Each year, a number of economic and other money related magazines and websites determine the Top10 or Top 100 Fastest Growing Cities in America. On every list, Texas wins a prize for having the most fast growing cities at the top of these lists. In the lists below, Texas has a 40% share.

Many Fastest Growing USA Cities are in Texas

As of early 2014, the Top 10 Cities In Texas by population were on the following list. According to Forbes.com analysts, our bold print indicates a "Fastest Growing City" in America.