The following is the text of Amendment II of the United States Constitution as found in the Bill of Rights: "A well regulated Militia, being necessary to the security of a free State, the right of the people to keep and bear Arms, shall not be infringed."

The important issues to remember are 1. That this is an Amendment and is used to amend an issue found in the text of the document it amends; in this case that document is the United States Constitution. 2. The 2nd Amendment is not, and was never, about hunting...and size doesn't matter. 3. "well-regulated" doesn't mean what modern liberals claim it does.

What Does the 2nd Amendment amend?

In order to accept and then ratify the United State Constitution it was agreed that there would be a set of Amendments, to be ratified at a later date, that would further limit and define the scope and power of the federal government and to reserve the primary power in the hands of the People and the several States. There would have been no acceptance of the Constitution without these provisions, later known as the Bill of Rights. This Bill of Rights was mandated by the people, through the States, for the express purpose of solidifying the States rights and limiting the power given to the newly formed federal government. It was a federal government that united the still unique individual States in a Union and was not meant to be a national government that ruled other the people.

Article 1, Section 8, Clause 15,16 of the Constitution reads as follows, "To provide for the calling forth the Militia to execute the Laws of the Union, suppress Insurrection and repel Invasion. To provide for organizing, arming, and disciplining, the Militia, and for governing such Part of them as may be employed in the Service of the United States, reserving to the States respectively, the Appointment of Officers, and the Authority of training the Militia according to the discipline prescribed by Congress."

Article 2, Section 2, Clause 1 states, "The President shall be Commander in Chief of the Army and Navy of the Unites States, and of the Militia of the several States, when called into the actual Service of the United States."

The parts of the Constitution quoted above gave considerable unrest to the States, believing that they gave to much power and authority to the federal government over the people, the Militia of each State and their ability to be free to defend themselves from the federal government if it became tyrannical. This tyranny was not limited to a fear of physical oppression, but also of economic oppression as well. They all agreed that there would be no new King or government that could rule them. They believed the new federal government was useful and helpful to the people and the several States when, and only when, it was limited in both size and scope.

It was for this reason the amendment, known as the Second Amendment, was included in the Bill of Rights. They realized that a "well regulated" Militia was one made up of the citizenry, regulated locally by the States so that the People could be armed to the keeping of the "Security of a free State." That is why we have the "Right of the people to keep and bear arms" and that it "shall not be infringed". They did not want a standing Army to be the only citizens to be armed, as it would then allow the government to more easily gain absolute power over the people rather than maintaining the limited power it had been granted by the people.

But, what of "well-regulated"? Doesn't that mean that there are to be federal regulations on the "right to keep and bear arms"? How does "well-regulated" fit with "shall not be infringed"?

It is quite simple. "Well-regulated", both before the writing of the 2nd Amendment and for at least 100 years after, meant to be in good and proper working order. It was meant to be a call for all citizens to keep arms that were up-to-date, properly maintained and readily available. It was not used in it's now bastardized form to mean that the right to bear arms should be federally regulated and restricted. This is a common straw man argument that is easily dismissed.

You Don't Need "That" Firearm to Hunt!

The straw-man argument that is often raised by those opposed to the Second Amendment is, that certain types of firearms are "excessive" in size and power for hunting. Or to take it a step further they will say, "We don't need to hunt for our food, so why do you need a gun at all?" Both of these points of argument are dead in the water for two specific reasons.

First, lets establish the difference between a "perceived" need and a Right. Rights are unalienable, they are not given by the government, but instead are protect by the government. There is a big difference there that many confuse. We HAVE rights, we are not given them by government. The government's job is to protect those rights and NOT infringe upon them. A "perceived" need is something other than an actual life and death need. We need food, water and shelter. We do not need a tv, a cell phone or a car...they are helpful, but not needed to sustain life. Making the argument that we do not "need" a firearm of a certain caliber is a non-issue. We have the Right to keep and bear arms and the caliber is of no importance to the argument. Even if we were to accept the notion that we Need a car, would we simply ban all cars that go over 65 miles an hour because we do not "need" to go that fast. If the argument is that "they didn't have these types of firearms back then", then the same can be said for transportation as well. We should, by that definition, all be riding horses to work. Furthermore, our elected officials should travel from their respective homes to Washington in the same slow manner that the Founders did and allow the federal government to move as slow.

And what of hunting? what of it? The simple fact is that the Second Amendment has NOTHING to do with hunting. It specifically mentions the people and a well regulated Militia. It does not say, "in order to provide Sunday night dinner". It was assumed that men would hunt to help sustain their families, but the right to keep and bear arms was specifically for protection from both invaders from without and tyrants from within.

As we can clearly see, there is no Constitutional power for the federal government to ban guns and infringe upon the "right to keep and bear arms". A person can argue that they personally don't like guns and personally don't see the need to own one, and in that they would be within their rights to NOT own a firearm. But, this personal dislike of firearms does not warrant the disarming of those who do wish to exercise their RIGHT to possess a firearm...or more than one for that matter. The quantity and caliber of firearms is not a Constitutional issue. There are no limiting factors found in the Constitution. If the 2nd Amendment was only meant for muskets, then the first must only be meant for hand cranked printing presses and not the internet, right? Wrong. There is likewise, no mention of hunting in the Constitution, but instead, a very specific call for the people to have the right to bear arms for protection. Militia are not hunting clubs. Know your rights...know them all. If the 2nd Amendment is fair game, then why not the 1st, 4th, 10th or any other? They are, in fact, all under attack. Liberty and freedom do not remain intact if "we the people" allow them to be slowly eroded. Defend our Constitution on all counts or it will soon be too week to defend us. 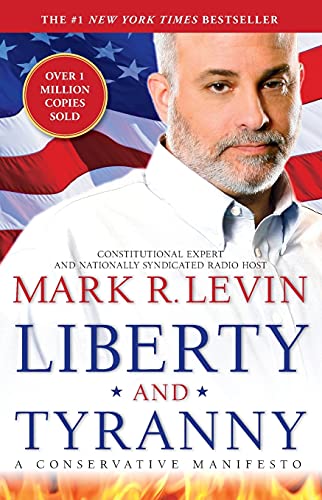