The Westboro Baptist Church: The Face of Hate

This was written several months ago before the WBC held a protest in Olympia, Washington. They are now in the news again as they plan on protesting in Newtown, Connecticut, site of the horrendous mass killings at the elementary school.

“WBC engages in daily peaceful sidewalk demonstrations opposing the homosexual lifestyle of soul-damning, nation-destroying filth. We adhere to the teachings of the Bible, preach against all form of sin (e.g. fornication, adultery {including divorce and remarriage}, sodomy), and insist that the sovereignty of God and the doctrines of grace be taught and expounded publicly to all men.”

I have known hate my entire life. It has been my neighbor; it has been the person passing by on the sidewalk and the mother dropping her child off at school. It comes in different sizes and shapes, genders and races, constantly changing outward appearance and yet always the same. I saw it as a child in the 50’s, a teen in the 60’s and as an adult during the four plus decades that have followed.

The message of hate may change but it is hate nonetheless. My father hated the Japanese because of World War II. My neighbor, Mr. Streitz, hated Catholics. In my younger years I was surrounded by it and yet almost unaware of it. Not until I went to college did I begin to understand just how pervasive it was in our society.

Sophomore Sociology class…..conduct a poll in the neighborhood about income disparity. No problem Mr. Peters! We spent a week preparing the perfect questions and then headed out into the predominately black neighborhood to conduct our poll. First house I went to I was told, “get the hell off our porch you *%^#* Honky!” I didn’t even know what a Honky was but I knew all too well what the adjective meant and I was fully aware of what the anger meant behind those words. That scene would be replayed several times that afternoon; I suspect that Mr. Peters was counting on those reactions because that became the Sociology lesson for the remainder of the week.

My lilly-white butt was the target of racial hatred that afternoon. I never saw it coming but I have not forgotten it since then.

By the end of my Junior year we had established a reading program for underprivileged kids in that same neighborhood and because of interaction with some of the parents we were treated with respect where once there had only been distrust and vileness.

The WBC was established in 1955 and is loosely based on the doctrines of grace proposed by John Calvin. The five points of Calvinism are: Total Depravity, Unconditional Election, Limited Atonement, Irresistible Grace, and Perseverance of the Saints.

· 6,486 soldiers that God killed in Iraq and Afghanistan.

· 863 cities that have been visited by WBC

· 1,093 weeks that WBC has held daily pickets on the mean streets of doomed America.

· 398 people whom God has cast into hell since you loaded this page.

· 8 people that God saved in the flood.

· 0 nanoseconds of sleep that WBC members lose over your opinions and feelings.

A small band of these Church members arrived in my home town of Olympia, Washington today and held several demonstrations. As they were in the process of demonstrating they held signs that said God Hates Fags, Fags Hate God, Aids Cures Fags, Thank God For Aids, Fags Burn In Hell and Fags Doom Nations.

At most there were eight Church members, and hundreds of opposition demonstrators were there to show their displeasure with the event and to give speeches speaking out against the Westboro Baptist Church. The entire demonstration lasted no more than an hour; it was non-violent and relatively quiet and as a historical event it hardly deserves mention.

I have debated for weeks whether to write an article about this Church and their event today. On the one hand I am fully aware that they crave any attention they can get and as such my article just adds to attention I do not want them to receive. On the other hand I cannot with good conscience remain silent when I am in the vicinity of hate and bigotry.

Oh that darn freedom of speech clause! You know, it’s not easy being a citizen of the United States. In order to be a citizen we have to agree to allow others to speak freely in this country. We have to agree to stand by while someone fills the airwaves with hatred and says things that make our skin crawl. We do not get to pick and choose who can speak and who can’t because once we do that we have undermined the principle of freedom upon which this country was built.

That is a tough reality to swallow! To put it another way, I have to be willing to allow hate, to allow bigotry and to allow racism if this country is going to live up to its ideals and principles. DAMN!

THE NATURE OF HATE

I have always believed that the parents of hate are fear and ignorance. There can be no other logical explanation. Children are not born to hate. A newborn child is naturally trusting and accepting. It is only through continual years of indoctrination that a child grows to be spiteful and oozes venom from their lips once an adult.

But what about those who are now adults? Once one reaches the age of reason, who is there to blame? Where does a person find the justification for such hate.

Well, if we are to believe the parishioners and followers of the Westboro Baptist Church, the justification comes from The Bible.

I CHOOSE TO SPEAK OUT

I have read the Bible. I do not find the Bible to be a source of hatred but rather a source of love. How is it possible that I could interpret that book so differently from those of you who use it to justify bigotry?

What God do you pray to at night? How could an all-loving creator of all beings be used as a symbol of the kind of bacteria that you profess?

I am quite certain that if you were confronted about this you would say that you do not hate, that you are only professing what God has taught you. Please, do not hide behind God. Stand up and tell it like it is….that you are petty, mindless, bitter, myopic people who have hatred flowing through your veins.

Why do you hate gays and again, don’t tell me what the Bible says according to your interpretation? Why do YOU hate gays? Do you even know one? Have you ever sat down and had a conversation with one? I’ll tell you a shocker and I’m laughing as I write this: there are most likely gays in your congregation who have not spoken out because they are afraid of the retribution that awaits them, not from God, but by those of you who cannot form an intelligent thought on your own. Wouldn’t that be hilarious, if one of your best friends at Westboro were gay?

The people of Olympia handled your protest quite well I thought. They did not engage with you but left you alone on one side of the street while they held their own rally on the other. On the one side was a large group of positive, loving people while on the other side was a meager group of lost and pathetic people drowning in their own pool of ignorance and fear.

And really that’s how people like you need to be handled! You have had your fifteen minutes of fame and you now need to fade back into obscurity with all the other professors of hate who came before you. To acknowledge you any further is to give you a value you do not deserve. We have to allow you to speak in this country but we do not have to listen to you. You see, in the United States of America, not listening is as much of a freedom as speech is and from this day on I choose to not listen to you.

An update: The Westboro clan plans on protesting in Connecticut following the deadly shooting at the school there. I wonder this: what would Jesus do?

For more on ignorance and fear see the following:

To buy my Lifestyle Choices book on Kindle go to: 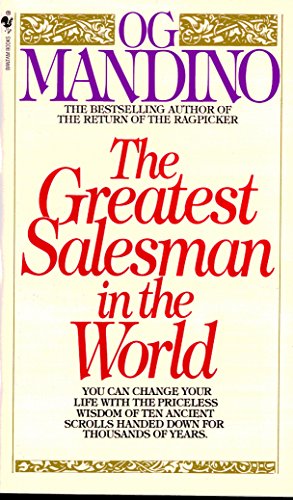