The Finland Case Against Early Learning

Finland is often used as a case against early learning because it's one of the top scorers on the OECD's PISA test. The PISA test is taken every three years and covers math, reading and science.

Finnish students don't start formal education until the age of 7. Most do attend a four year preschool, which doesn't teach academics like math and reading. An argument is made that Finland's students start school later but catch up with their peers in other countries who start at 4, 5 or 6. Does this indicate that later learning is superior to early learning?

It's highly unlikely that entering school later is a factor in Finland's success. After all, students in Bulgaria also start formal education at the age of 7. Bulgaria scores close to the bottom on the PISA test.

The Case for Early Learning

Finland and Bulgaria both begin formal education at age 7 but their outcomes are very different. Many studies have found that early learning has huge advantages. Children who have engaged in early learning maintain an advantage over later learning peers. 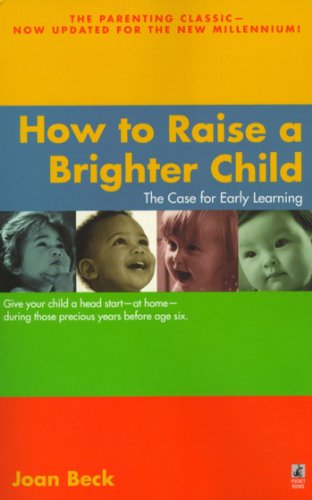 How to Raise a Brighter Child
Buy Now

I do agree with these critics that putting pressure on young children to learn is probably harmful. I'm a big believer in pressure free early learning. Small children should not be forced to do something they don't want to do. But young children can be taught a huge amount without pressure or frustration. Critics of early learning make the mistake of assuming that early learning must require harmful pressure. It doesn't. But early learning can and does reduce the risk of academic failure later on. For that alone, it should be done.