There is a war that has been raging on for decades, but the world’s focus never seems to spotlight it. In fact, the world has turned a blind eye. The most appalling and atrocious acts are happening on a daily basis to young children, but no one seems to help or care. Children are being used as sex slaves and forced to do terrible things to other humans. These children will be scarred for the rest of their lives, because of the things they have seen or been forced to do. “Out of sight out of mind” seems to be the stance our nations are taking. Not many reports, videos, or pictures are readily released on the internet to stir up concern by humanity. If the atrocities that were occurring in the Congo were happening in rural America, the country would be outraged.

Imagine our young children, some as young as second grade, performing sex acts on adult males, or being a part of a group gang rape. Men taking turn after turn destroying a young girl or boy’s virtuousness. Try if you can to imagine a young 8 year old American child who is still pure and innocent and singing “Let it Go” from the movie Frozen, being forced to kill everyone in their family, then being forced to chop up those family members into small fleshy pieces, and finally being forced to eat them afterwards. Imagine that story on the 6 o’clock news. It’s unimaginable but acts like this are happening every day in a country in Africa. The physical and mental damage being done to these children is unimaginable, but yet it continues day after day.

The Democratic Republic of Congo

The Democratic Republic of Congo has been in a state of warfare for decades. Children have been forcefully recruited and kidnapped from their families. Orphans have been ripped from the streets and thrown into a hell that is inconceivable in the United States. Children as young as eight years old have been forced to commit terrible acts on humanity. Some children have even volunteer for this brutal life because they lack food, shelter, love, education, and family. Even after the creation of a law to stop the recruitment and the use of children soldiers; there are still over 10,000 child soldier today in the Congo.

Millions of innocent civilians have died since the beginning of this war decades ago. Half of those dead are children under the age of five. Our American children of the age of five are just beginning Kindergarten and learning their letter sounds. In the Congo, they are being shot, mutilated, or blown to pieces. This war has been occurring for many reasons such as lack of resources, lack of development in the country, lack of education, and lack of humane and responsible leadership. One could talk about the ins and outs of the war and the reasons behind the rebel groups’ motivations but that would take the focus off of the children who are the real victims in this ordeal. Many children in the Congo are uneducated and not taken care of. They have been orphaned or stolen from their families and “fed to the wolves”. They are learning this way of life and they are growing into adults who continue this bloody warfare.

Prior to this article, were you aware of the child warfare taking place in the Congo?

The children’s voices have been lost and the innocent civilians have been silenced. This has all happened in a world of social media and the internet, which sounds unthinkable. How can our population be so uninformed about the blights that are occurring overseas? Instead, we have placed our focus onto the next foolish thing Miley Cyrus will do, or when Kim and Kanye’s wedding will be. The other disappointing fact is the people who can bring attention to this forgotten war by using their celebrity status have chosen not to. Instead, famous individuals choose to focus on things like legalizing marijuana or the latest hair styles. Sadly, our news stations have also chosen to turn a blind eye, instead they report on “grumpy cats” and have taken the focus off of the real news and events occurring in the world. During World War II the world stated that they would never turn their back on mass acts of genocide again but what is happening in the Congo is an ongoing act of mass genocide. Instead of using gas chambers, they are using guns and children as weapons.

- over 10,000 children still being used as soldiers

- Millions of civilians dead. Half which are children under the age of 5.

- Children as young as 8 years old are being forced to join.

- Girls and boys being raped and used as sex slaves

- Mass Genocide on a daily basis for decades 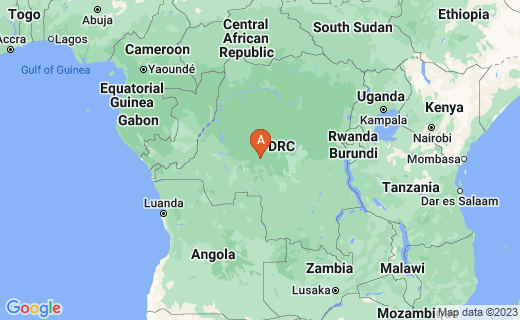