The Gambits and Prospects of Philippines’ War Against Corruption

Threading the Straight Path to Where?

The Philippines’ War Against Corruption

Do you think the Aquino administration has done its job of making the Philippines' path straight? Before the current president delivers his SONA on the 28th of July, let us study the gambits and prospects of our country's fight against corrupt practices.

The Anti-corruption organization Transparency International rated the Philippines 134th out of 178 countries in its 2010 Corruption Perceptions Index with a score of 2.4 out of a possible 10 - worse than Vietnam on 2.7 and Indonesia on 2.8.

Indeed, the Philippines is one of the most corrupt nations of the world. For a developing country like the Philippines, corruption is considered a major challenge to economic growth and curbing it has proved a rather difficult task.

The Ideology of Corruption

Corruption is commonly defined as “the abuse of public power for private gain” (World Bank, 1997a; 1997b). This definition can be too general; depending on how broadly one construes “public power” and “private gain”. Nye (1997) on the other hand defines corruption as a “behavior [sic] which deviates from the formal duties of a public role because of private — regarding (personal, close, family, private clique), pecuniary, or status gains; or violates rules against the exercise of certain types of private-regarding influence.” 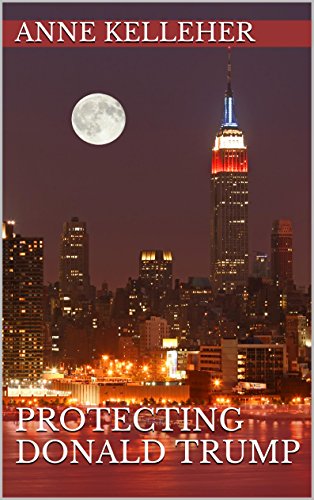 Needless to say, these definitions entail a notion of the “public’s relation to the private” — of a social contract. Public corruption is not a thing. Public corruption is a relation — a rupture of a presumed relation - between social agents. Social relations among social agents are mediated by formal constraints such as our legal culture and the political system, and by informal constraints such as values of professionalism, political culture, esprit d corps, and traditions (e.g. familism, regionalism, clientelism, ‘utang na loob’, etc.).

This recent book I've read on the upper right side actually shows the varied faces of corrupt political practices so I highly recommend this for further reference.

Legal culture refers to the prevailing practices and expectations that govern how the laws of the land are enforced (Treisman, 1999). Needless to say, the probability of getting caught depends on the effectiveness of the legal system.

This is the overall degree of regard the citizen has for its government and thus the citizen’s degree of involvement in the political-public affairs of the state. A vibrant political culture is characterized with freer press and more vigorous civic organizations – ergo, a more democratic and open political system. Bottom-line: The risk of exposing corrupt practices increases.

Economic development increases the spread of education, literacy, and depersonalized relationship (as oppose to patron-client relationships and too much personality politics). Given such, the probability of exposing corrupt practices also increases.

This triumvirate implies that to successfully wage a war against systemic corruption, a clear and systemic approach is also needed. Now we ask, what’s the government’s framework for fighting corruption?

The arrest of Former President Gloria Macapagal Arroyo for election fraud has put President Benigno Aquino's campaign to tackle corruption in the headlines. His presidential campaign revolved around his anti-corruption agenda dubbed as his “daang matuwid” (straight path). There have been many steps taken, but the President needed some big guns to fire.

And so, he began with Former President GMA and then… the Former Chief Justice Corona. He also made key appointments to critical government agencies such as the Office of the Ombudsman after deposing the GMA appointed Ombudsman Merceditas Gutierrez.

The government also claims it has been ‘strengthening the mechanisms necessary for the swift and efficient delivery of services to Filipinos’ by revamping its procurement and budgeting process to promote efficiency and hopefully limit opportunities for corruption.

President Aquino’s anti-corruption agenda is a good start, but on the question whether or not he’s done enough or he’s done the best he could, we doubt that.

It is clear that the Aquino administration targets the formal dimensions of the problem:

Going after corrupt officials is a good thing, but it does not ensure uprooting them all out. For when some of his allies went haywire, critics of the administration pointed Pres. Aquino’s Achilles’ hill: The political cloak he unfailingly casts upon his close friends and associates.

The war against corruption this government launches, while promising, is not sustainable if not sincere — oversight bodies with political appointees, and houses of Congress with party members, all providing leverage, and shield to the ruling power.

This administration, and those before it, wage a façade war against corruption — a political maneuver to destroy political rivals while cloaking allies while we, the masses, watch in awe the long and winding saga of political drama and thrill.

The impeachment trial of Chief Justice Renato Corona as recorded by the GMA News and Public Affairs.

Also, you might like to watch the 1 on 1 interview of the chief justice by Arnold Clavio of the GMA News and Public Affairs.

Confronting the informal dimensions of the problem is more challenging — padrino culture o utang na loob values, familism (which is also read as nepotism), regionalism, ‘bahala na’ culture, ‘bahala na sila’ attitude, and the ‘bobotante’. Collectively, these comprise our political culture — personality-based, apathetic, and poorly informed. This is the water where all of our political system’s formal institutions float.

From our homes to our schools, and the communities we socialize with, we embody expectations and practices and traditions that collectively molds a culture of political apathy or disinterest, too much regard for family (at the expense of ethical and moral precepts), too much debt of gratitude leading to patronage, and more importantly, social distrust and economic scarcity. In this context, nobody is exempted from temptation.

To combat corruption, our goals as a society are to ensure a quality life, the rule of law, and sustainable and inclusive development (through provision of basic social services such as education and health; and equal opportunities for all).

To carry out such goal, we need to strengthen the pillars of integrity of our nation that is comprised of eight pillars all geared towards fortifying a vibrant political culture, effective legal culture, and a quality and sustainable life.

The Pillars of Integrity

So what should be done?

The eight pillars of integrity hold up our goals as a society. If one pillar fails, the weight of our goals burdens the others, and if too many pillars fail, our dream of a good life and just society collapses.

The basic institution of good governance needs to be strengthened. The judiciary must lead the reform in the judicial system and revamp the legal culture. The legislative houses must exercise, without partisanship its power to legislate and oversight in pursuit of integrity and the truth.

The capacity and integrity of enforcement need to be enhanced. The best law has no value if it is not enforced. The best judges and magistrates are wasted if cases are never brought to them. Good investigations are wasted effort if the judge or magistrate is corrupt.

A government needs to put in place a solid set of preventive tools. Codes of Conduct and strong independent oversight bodies can help ensure that the acceptable standards of behavior are respected in both the private and public sector. Political leaders in all branches of government, legislative and judiciary can be required to have transparency in their own financial dealings through asset disclosure for themselves and their family members.

A government needs to put in place a solid set of preventive tools. Codes of Conduct and strong independent oversight bodies can help ensure that the acceptable standards of behavior are respected in both the private and public sector. Political leaders in all branches of government, legislative and judiciary can be required to have transparency in their own financial dealings through asset disclosure for themselves and their family members.

The good lady Senator Miriam Defensor-Santiago once said: “"Making education more accessible to the public should be a priority, right up there, if not taking precedence over, the fight against corruption. Corrupt politicians are threatened by an educated public." Education strengthens the pillars of integrity and citizenship. However, this government seems to mean to keep us dumb.