The Life and Death and Crime Scene of Gianni Versace 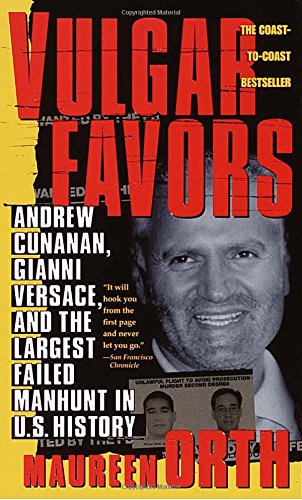 The Life and Death of Gianni Versace

Gianni Versace was born in Reggio Calabria, Italy on the 2nd December 1946. He lived with his father and mother, his older brother Santo, and his younger sister Donatella.

Gianni's Mother Francesca, was a dressmaker, and so from a young age Gianni would help his Mother find precious stones and gold braid to embroider dresses. He originally studied Architecture, but moved to Malan when he was 26 to work in fashion design.

In 1975 when Gianni was 29yrs old, he was head hunted by Genny and Callaghan, and they hired him to design their leather and suede collections. A few years later after his recent success, he presented his first signature collection for woman at the Palazzo della Permanente Art Museum of Milan.

In the September of the same year, his men's collection came out too. In 1979 he opened his first boutique in Milan's Via Della Spiga. Gianni Versace was influenced by Andy Warhol, Greek and Ancient Rome art and abstract art.

Gianni went on to be one of the most famous fashion designer's in the world, also the founder of international fashion house Gianni Versace S.P.A, which produced accessories, fragrances, make-up, and home furnishings.

Gianni also designed costumes for many theatre productions and films. Gianni Versace was openly gay, he met his partner Antonio D'Amico in 1982, they were together until Gianni sadly died and were regularly seen on the international party scene.

Antonio was originally a model when he met Gianni, but went on to be a designer in Versace's company. Gianni had a string of Celebrity friends such as Elton John, Princess Diana and Madonna.

The Death Of Gianni Versace

Versace's killer was 28yr old Andrew Cunanan. Andrew believed he had contracted AIDS, he went for a blood test early in 1997 but could not bring himself to collect the results, as he had already convinced himself he had contracted the disease.

Soon after his friends began to notice changes in him, he had become paranoid and depressed because he assumed he had AIDS. His depression worsened when he began to suspect that two of his ex lovers, David Madison and Jeffrey Trail were seeing each other behind his back.

This made Andrew extremely Jealous. In an attempt to show Andrew nothing was going on, David Madison flew Andrew over to his apartment in Minneapolis, to talk the matter over with both himself and Jeffrey.

The meeting took place on the 27th April 1997 at David Madison's Apartment, but things didn't go according to plan when Andrew Cunanan grabbed a meat mallet from the kitchen door, and smashed Jeffrey Trails skull in with it.

Bizarrely David then helped Andrew, roll up the body in a rug before both going on the run together. But several days later Andrew shot David in the head and left him in a roadside ditch.

It was obvious Andrew wanted to be caught, as he made no effort to cover his tracks and even left photographs of himself in David Madison's Jeep when he abandoned it after the murders. After abandoning David's jeep he walked a few blocks and approached 72yr old property developer Lee Miglin, he held him at gunpoint and bound and gagged him with duct tape.

Andrew apparently recreated a scene from a film called Target for Torture. He beat and kicked Lee Miglin, stabbed him with pruning shears and slowly sawed the old mans throat open with a hacksaw. then drove over his body several times with Lee's own car before driving off.

"I want to be the joy to people through my work"

The Death Of Gianni Versace

Realising they had a dangerous serial killer on the loose, the FBI became involved, and placed Andrew Cunanan on the top of the ten most wanted list. It was surprising Andrew wasn't caught sooner as he certainly wasn't making any effort to avoid detection, and he drove Lee Miglin's blood splattered Lexus all the way to New Jersey, before he abandoned it and got a different vehicle.

Andrew Cunanan left the Lexus at a cemetery, and then approached a 45yr old man named William Reece. He asked him for an aspirin and a glass of water, and then followed William into his Lodge. Andrew then shot William dead and stole his pick up truck and drove to Florida. It seems certain that Andrew pre planned his killing of Gianni Versace.

Gianni Versace was 50yrs old and at the top of his profession. It was later discovered that some years before, Gianni had met Andrew Cunanan at a party in San francisco. Speculation was that the gay fashion Designer and Andrew had been lovers, but there was never any evidence to back this up, and the Murder didn't seem to be a crime of passion.

For two months, Andrew Cunanan openly walked around Miami, keeping a eye on Gianni's favourite clubs and restaurants. The fact Andrew wasn't caught by the Miami police was a complete embarrassment to them, especially considering the abandoned pick up truck was found in Miami and so the police knew he was at large there.

On the Morning of 15th July 1997, Andrew Cunanan finally caught site of Gianni Versace outside his Miami Mansion after having gone to collect his papers and magazines.

As the designer went to open the gates to his Mansion, Andrew creeped up behind him, and shot him twice in the back of the head. Gianni was rushed to hospital but sadly died.

Hundreds of Law enforcement officers and FBI Agent's hunted for Andrew in the city, and eight days later Andrew Cunanan was found hiding in a luxury Houseboat by the vessel's caretaker. Before the Police could catch him he took his own life by shooting himself in the head.

Many Psychiatrists believe that Andrew Cunanan went on his killing spree, because he was angry that he had contracted Aids, and felt he had nothing left to loose. However when a blood test was carried out upon his autopsy, it proved Negative.

Maybe none of it would have ever happened, if he had just gone and got the results of his blood test results earlier that year.

The second service was held on the 22nd July 1997, in Milan's Gothic Roman Catholic Cathedral. The service was attended by approximately two thousand people. Many fellow fashion designers attended the service, to show their respect to the man, who had turned the fashion world around. And to say goodbye to a fashion legend.

Sir Elton John and Princess Diana were seen comforting each other in the front row of the Cathedral. It is sad to think, that Sir Elton would be mourning Princess Diana herself, only six weeks later.

In September 1997, it was announced Versace's brother Santo would serve as the new CEO of Gianni Versace S.p.A. His sister Donatella would become Vice President, as well as the new head of Design.

Neither Santo or Donatella were mentioned in Gianni's Will. This is believed to be because, Gianni had made the will only one year before his murder, at a time when he was battling ear cancer, and relations with his Brother and Sister were extremely strained.

Gianni left his life partner Antonio D'Amico, a pension of 50 million Lire, a month for life. He also gave Antonio the rights to live in any of his houses in Italy or the US. However as the houses partly belonged to Donatella, Santo and Allegra, an agreement was drawn up with Lawyers, that Antonio would receive a fraction of the pension, and a restricted right to live in Gianni's properties.

Donatella has never been a fan of Antonio, she was quoted as saying, that she respected him as the boyfriend of her brother, but never liked him as a person.

Allegra inherited the stake, worth around half a billion dollars when she turned eighteen in 2004. However she didn't have an interest in the fashion empire and asked her Mother to look after her share of the company for a few more years so she could concentrate on her studies. 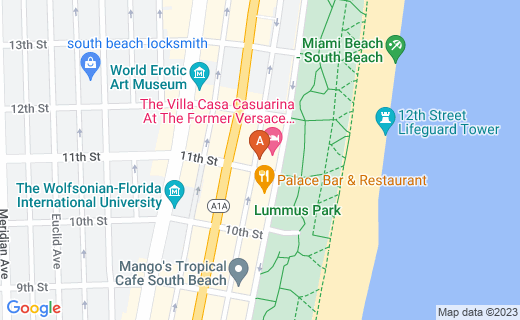