The Middle East, Marijuana and Dads: What's Wrong with the Republican Party

I was a registered Republican most of my life, and still often find myself "leaning R".  I'm a fan of Ron Paul, have been for a long time, and like some of the new blood in the Republican Party - especially keeping my eye on candidates like Meg Whitman in California - and Peter Schiff in Connecticut - who are very different from typical Republicans.

But as short as the memories of many voters may be, I recall a few years ago watching the Republican Party "lose its mind", as Charles Barkley famously remarked.  The issues then were government intervention in end of life decisions, fear-gripped spending on bailouts and excessive regulation of the marketplace.

Oh yeah, there was one more thing - the war in Iraq.

America and the Middle East

Foxtrot in Kandahar: A Memoir of a CIA Officer in Afghanistan at the Inception of America’s Longest War
Buy Now

Irving Kristol is often credited as the founder of the neo-conservative movement, and his son, William is one of its second generation proponents today. They are Jewish as is Paul Wolfowitz, another leader of the movement, and architect of the Bush Administration's policy on Iraq. Not all Neo-cons are Jewish, Dan Quayle, Jack Kemp, Dick Cheney, Condeleeza Rice, and George W Bush himself are all neo-conservatives who have played significant roles in shaping middle east policy for the Republican Party.

They all share one common ideal - a belief in the deployment of the American military on the battlefield in order to spread an American version of democracy and capitalism (Judeo-Christian worldview) in places where it has been shunned or suppressed. The Middle East is a primary target, because of its differences with the West.

To me, neo-conservatism is contemptible. It devalues the lives of our soldiers, misleads our citizens about the purposes of our military actions, and sets us up as a "straw man" type of protector of the nation of Israel - when we could be a much better ally to them if we did more just to let Israel take care of herself.

I do not want to see Israel's enemies devour the Jewish people. But I also do not want America openly engaging in a fabricated Holy War with Muslims in anticipation of Armageddon. Radical Islam is dangerous to be sure. But rather than emulate radical religious violence with our own Judeo-Christian response, and pursue the eye-for-eye, tooth-for-tooth diplomacy, I want our country to pursue peace through strength - within our own borders, not fighting wars on foreign soil.

The War on Drugs

As Drug Czar under Ronald Reagan, another neo-conservative acolyte, Bill Bennett, famously coined America's War on Drugs. And the result has been - another war, another failure.

And while there is no good to be said for poverty or terror, we approve, prescribe, take and survive with drugs today as if they are one of the basic necessities of life. So why do we wage war on one of life's basic necessities?

True, it is only "illegal" drugs against which we wage our war - "dangerous" killers like marijuana (forgive the sarcasm). Meanwhile, safe, legal drugs like alcohol, Xanax, etc., can be bought, sold and consumed without the threat of jail time - lots of jail time.

in reality, of course, marijuana, is no more harmful than alcohol, and as beneficial, and perhaps more, than Xanax. It has many medicinal uses and can be used more casually without creating the threat to public safety that alcohol does.

The war on drugs is just another example of wasteful overreaching by a government telling its citizens it knows what is good for us better than we can figure out on our own - it's time it came to an end and the Republican Party needs to look for better causes. Too many wars, not enough peace!

The War on Dads 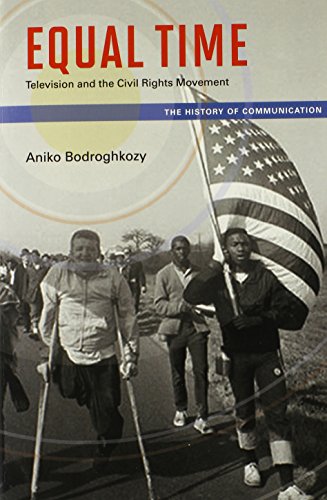 The party known for being paternalistic has done more harm to the ideal of fatherhood in America than the feminist movement ever could alone. Elsewhere in my hubs, I have chronicled many, sad tales of families left broken and fatherless due to careless or wanton policies and treatment of men in the family courts of this country.

So why is the Republican Party to blame? Ask any family law attorney, and you are likely to hear that the worst judge to represent a father before is an older white, male, Republican.

In their runs for President, no less, both George W Bush and John McCain shunned any talk of reforming child support to help fathers in the military, unemployed or disabled, or to even discuss the notion of equal parenting.

In other words, yeah we're Dads too, but our wives respected fatherhood, if yours didn't shut up and pay the piper.

This is a very sad commentary. If the Presidency is a bully pulpit, and the future of our nation's children is reliant on good fathers being in their homes, why do the Republican leaders set up dads as the core of all our ills?

Until Republicans stand up for equal parenting rights for dads and kids, the Republican Party will not be my home.