The Republic of South Sudan

Patrick, a computer technician, is a dedicated writer who wishes to make the world better by informing individuals who seek more knowledge.

Africa has given birth to a new nation, the Republic of South Sudan. South Sudan is the world’s newest nation (the 193rd country) and the 56th country in Africa.

It was officially born at midnight of July 9, 2011, after seceding from the larger nation of Sudan. The president is Salvar Kiir Mayardit.

This historical achievement has only been realized after many years of civil war that has killed and maimed hundreds of others. The war has also adversely affected the development of South Sudan.

It is a landlocked country in North Africa and as its name suggests, South Sudan has been part of Sudan. This is until they seceded from Sudan on July 9, 2011, after a referendum. It became a sovereign and independent African State.

South Sudan is bordered by Sudan to the North; Ethiopia to the East; Kenya, Uganda and Democratic Republic of the Congo to the south; and the Central African Republic to the west.

African Countries Ought to Support This New Born Nation

It is our hope and prayer that this new nation will be able to achieve rapid developments in all aspects.

We hope they will enjoy the fruits of liberation which have been paid dearly by people’s life and blood.

There is a need for all the African countries to support this newborn Nation. The other nations mustn’t take advantage of this young nation by exploiting it in the name of helping it.

There is also a great need for the African countries to wake up, get their act together.

They must stop all the civil wars and organized criminal activities that are being carried rampantly in many of the African countries.

There is also a lot of bloodsheds, sufferings, and other social injustices that are being subjected to fellow human beings.

As a result, life to most of the inhabitants is unbearable and can only be compared to hell on earth.

Africa Has a Lot of Resources That Need to be Utilized

African leaders have a lot of work to do. Unfortunately, most of the leaders have forsaken their people. They have turned to amassing great wealth and hankering for more power.

These greedy leaders are the ones taking their countries back to retrogression. Africa has a lot of resources like oil, gold, copper, etc and if well utilized can help alleviate the problems facing the African people.

If only African countries can have good leadership, then wars, crimes, hunger, diseases, and other problems can be eradicated.

The Republic of South Sudan President Salva Kiir has a daunting task ahead of him. He must rise above all the challenges he is going to encounter and lead his nation to prosperity.

Now, let us pray for the new African nation of South Sudan. May they get peace and start developing their country. Let them stop the human suffering that has been going on for decades.

Not Yet Out of The Woods

It is sad that even before the ink on the peace agreement had dried, ethnic clashes broke in South Sudan. This happened in the same year they gained independence.

More than a million people have fled their homes since fighting broke out between rebel and government forces.

President Salva Kiir says it was a coup attempt and thus blaming soldiers loyal to the former Vice-President Riek Machar for the eruption of clashes, but Mr Riek Machar denies this.

A chronology of key events

It is a sad state of affairs that the country has gone back to civil strife. The main reason for war to start is just because of greed.

A lot of killing has taken place and it is still going on without much intervention from the International Community.

You can have a look at a detailed chronology of key events that have taken place over the years.

Do you think Africa will be at anyone time be able to stand on its own? 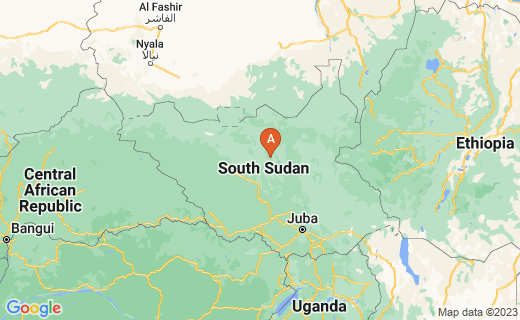