Transition Towns, Peak Oil, Climate Change, and What do we do when the oil runs out?

I guess we've all begun to notice that the times, they are a-changing.

First of all there was Al Gore batting on about Climate Change, and how our carbon emissions are affecting the planet and it's eco-systems. Many people will have seen 'An Inconvenient Truth', and whether we believe Al Gore's take on the situation, or whether we think that climate change is down to solar activity is in a way, immaterial. The fact remains that our planetary over-dependance on fossil fuels has made us vulnerable to many and varied disasters, from energy shortages, to food shortages, and much more besides.

It's as though we've all woken up from a long sleep, and opened our eyes to find that all the goodies we in the West have so lavishly been provided with are crumbling to dust before our eyes. Meanwhile, all those good old-fashioned skills that even the humblest of us once possessed, have been stolen away while we slept, leaving us feeble and child-like. Where once every one grew at least some of their vegetables, or could buy them locally from local growers, we now buy them at the supermarket, shrink wrapped, and delivered on juggernauts from who knows where, and liberally sprayed with who knows what! Where once we would have taken pleasure in cooking and baking for our families, our busy lives now send us scurrying to the take-away for a large helping of carbs, or we reach for more pre-prepared offerings to ding in a microwave. Our clothes are bought so cheaply now from distant lands, that we no longer learn to sew and repair. We simply discard and replace.

Meanwhile, as our bottoms spread through over-indulgence and lack of exercise, and our manufacturing industries close to make way for foreign imports, we are racking up an eye-watering bill that we cannot hope to cover.

And what are our governments doing about it? I hear you say. You may well ask.....

So you've probably heard of Peak Oil, right? 'Peak Oil' is the point at which global oil production reaches it's highest level, and thereafter, steadily declines. Production of conventional crude oil is thought to have peaked in 2004, and all other types of fossil oil extraction are expected to peak in this decade. Of course it makes sense that there is only a finite amount of oil readily available. We've been leeching oil up out of the ground for a long time now, and the demand has grown exponentially. Recently we've seen price hikes for oil that would once have been undreamed of. On a very simplistic level, the man in the street is being hit in his pocket first and foremost. It costs more to travel. Food costs more to transport, so that has gone up too. Energy costs more to generate. We pull in our belts, and trim the fat from our day-to-day lives, but for so many of us, life simply gets tougher.

Governments talk about reducing carbon emissions, and reducing our carbon footprint. We are encouraged to insulate our homes, and generous grants are on offer for all sorts of energy saving initiatives. But is this enough?

Well it would seem to me that it's not enough. And that's where the Transition Towns Initiative comes in. Instead of waiting for leadership and top-down action via government, wouldn't it make sense if we all did something on a local level. The Transition Town movement is already up and running, and growing day by day. Why not get involved with other like-minded people who live near you, and see what can be achieved?

The Transition Town movement was founded by a guy called Rob Hopkins whilst he was living and working as a lecturer in Permaculture in Kinsale, Southern Ireland. He, with his students, devised the Kinsale Energy Descent Action Plan which explored ways in which the community could prepare for Peak Oil. He now lives in Totnes, Devon, UK, and is continuing to develop the Transition Town network from there. Already there is a growing list of communities in a number of countries embracing the challenge of re-skilling, and re-creating the self-sufficient local economies that we once knew.

Listen to Rob Hopkins speak and see what you think. It's inspirational.

Take a look at the Transition Towns WIKI

There are already over 600 communities actively involved in the Transition Town Movement, and more are actively preparing to join. I've listed some of them here on the left, in country order.

These communities have come together to improve their environments, and to change how they do things on a practical, ground roots level. Many of them have individual web-sites with community based news posted on a regular basis. Here are some of them:

Spare 5 minutes to hear about the Transition Handbook 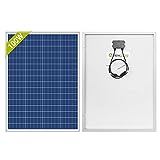 So what can we do to be getting on with?

There are so many excellent articles on this site about saving money that I wouldn't begin to presume to add another.

However, there are things that we could all be doing better than we are on an individual level:

Interview with Megan Quinn about Cuba and Peak Oil

In the 1990s, as Cuba's relationship with the former Soviet Union began to change, Cuba was suddenly faced with the reality of a dwindling oil supply. Without the support of the Soviet Union, Cuba's GDP dropped by a third, and without the cheap oil that Russia had previously provided, industrial agriculture ground to a halt. Food became less plentiful, and some hard lessons had to be learned. Gradually Cuba faced the necessity for a more sustainable way of life. For them, Peak Oil had arrived ahead of schedule.

Nowadays Cuba provides us with a successful model for a less oil dependant culture. Agriculture is now 87% organic. Food is being grown in urban areas such as Havanna, roof top gardens are sprouting up, undeveloped urban spaces have been turned into gardens. Cuba has forged ahead with the research and development of bio-pesticides, and bio-fertilisers, and they are now exporting these. Sustainabilty has become a way of life