Place of the Accident

Kamayani express running from Mumbai to Varanai derailed at about 11.30 p.m. on 6th August when it was crossing a culvert near the river Machak which is situated near Harda of Madhya Pradesh. Six coaches met the accident. After a while another train Janata Express which was running from Jabalpur to Mumbai derailed at the same place near the said accident. At least 24 persons including 10 women and 5 children died of the derailments. West Central Railway PRO Mr Mathur reported, “Seven bogies of Kamayani Express and engine plus three coaches of Janata Express were derailed between Khirkiya and Bhirangi stations near Harda. There was a culvert on the river between Khirkiya and Bhirangi stations.The flash flood made the flow of water violent added with the incessant rains for past few days and the flow of water was removing every thing on their way. Thus the base of the track which was intact ten minutes before the accident took place was removed.So far 29 persons, as per the report by media, died and 300 persons were evacuated safely from the stranded trains. 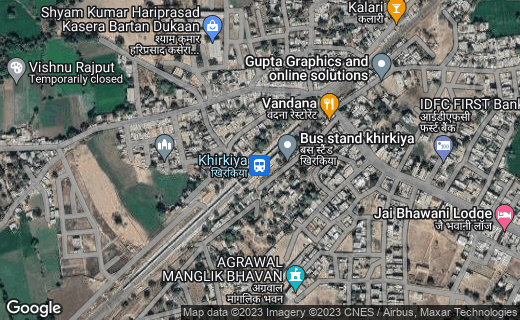 Railway Board Chairman AK Mittal said,"According to reports, there was a possible burst in a nearby dam which caused sudden flow of water on the tracks and that resulted in the derailment,".Railway Board member (traffic) Kundan Sinha said, "the tracks have been breached because of the flow of excessive water and the particular section has been closed for any train movement." AK Mittal said, "We will call for an inquiry into the incidents and will also take remedial measures to prevent such incidents in future".The Railway Minister, Suresh Prabhu admitted in Rajyasabha that the flash Flood had made a cave under the lines where the accidents took place . The flash flood was responsible to make the spot dangerous.Two accidents took place within a few minutes.Kamayani Express had derailed on the baseless track before the Janata Express derailed.He went to the spot with his deputy to inspect the reason behind the mishap exactly.

The local people took the initial in rescue operation and made the situation under control. A group of 20 youths, from nearby villages of Neemsara and Mandla took the risk to save more than 70 lives after the accident .The police or the rescue team reached the mishap spot three hours later due to bad weather which cut off ways and communications. The unaffected coaches were detached from the engine and sent to Itarsi safely. The people were taken out at about 7.30a.m. the next day .Doctors and nurses and rescue team came to the place by three special trains. A 35-member team of the National Disaster Response Force or NDRF was dispatched to the spot. Divisional Commercial Railway Manager (DCRM) Brajendra Kumar stated, “ many passengers were rescued from the stranded trains.” Modi tweeted, “Authorities are doing everything possible on the ground. The situation is being monitored very closely.”

Trains from Mumbai including Punjab, Uttar Pradesh and Madhya Pradesh were prohibited to run through this track.Some trains were diverted to Rajasthan. Trains like

Do you think the group of 20 youths will be awarded?

In Rajyasabha , members kept silence for a while to pay respect to the departed souls .Indian Prime Minister Narendra Modi tweeted, "The two train accidents in Madhya Pradesh are deeply distressing. Deeply pained over the loss of lives. Condolences to families of deceased," “My prayers with the injured.” Prime Minister Narendra Modi announced a compensation of Rs. 2,00,000 INR for the kin of those died in the twin derailments in Madhya Pradesh. A less compensation of Rs. 50,000INR was also declared by him for the seriously injured persons in the same accident. The passengers would obtain 25,000 INR . These compensations would be given to them from Prime Minister’s Relief Fund.