Two Parties in American Politics: It's Time to Try Something Radical!

The way I perceive the predominantly two-party system in American politics was forever altered by one of the unlikeliest sources you could ever imagine.

It happened back in the olden days, when I still listened to radio programs that I have pretty much forgotten about in the meantime. On this occasion the source was – get ready for this: Dr. James Dobson, of Focus on the Family. Any skeptics and non-believers and just general opponents of Dr. Dobson, please read a little further before you bail out completely.

He was not talking about politics – not at all. And the idea of stretching the concept he was discussing onto the realm of politics did not occur to me immediately. But it did eventually, and so here I am now.

He was actually speaking on the subject of the two-parent family, lauding (not sur- prisingly) the value of having two parents raise a child, rather than just one. His point, summarizing as best I can these many years later, was that each parent brings to the child a different way of looking at the world, and each one gives to the child different gifts.

The big idea was that one parent tends to be more nurturing and accepting of the child, more of the arms-out-to-the-world, always-room-for-one-more, my-child-can-do-no-wrong type. The other parent tends to be more demanding and pushing, trying to help the child move up to the next level in its behavior and overall development, holding up the standards that reflect the values of that particular family, making sure everyone toes the line. To Dr. Dobson’s credit, he suggested that either parent could take either approach, even though the 1950’s-style family would probably have the mother as nurturer and the father as pusher.

He further pointed out that it is this difference between the parents’ approaches to the child’s development that makes parenthood especially difficult for a single parent, even when they have a wonderful financial, emotional, and practical support system. Again to his credit, he spoke very highly of the single parents who manage to do everything and to be all that a child needs. He was primarily reminding everyone that it is a very difficult task, and difficult not only for the most obvious of reasons.

As the years went by, that image of two personality types – one cuddling and one demanding – haunted me. When I became more interested in American politics, it dawned on me that the Democrat Party is rather like the nurturing parent – the one that wants to stick up for the neighborhood kid who is always being picked on; the one that finds a way to squeeze in another place at the dinner table and waters down the soup to make it stretch for the extra guests; the one who keeps reassuring the kids, “I will always be here for you; you can always count on me; I will never let you down.” Even when it is an impossible promise.

On the other hand, the Republican Party is more like the parent who runs around tearing out a handful of hair because the bank account is empty and more bills are coming in; the parent who says, “By gum, you absolutely WILL go out and get a job, I’m not about to support you for the rest of your life”; the one who says, “If you broke it, you pay for it; you have got to take responsibility for your own actions in this world!!!!!!!” Even if they have many trillions of dollars, this parent knows that work is an important part of life, even when it is not a physical necessity.

In the 50s-style cartoons, the Nurturing Parent would be the one who would be so ditzy that they would say “Well, of course I can write another check! I’ve got more checks in my checkbook!” And the Demanding Parent would be the one to drive 100 miles out of the way, because of being too proud to look at the map or to stop and ask for directions. (God forbid that they would ever ask the Other Parent for help!)

When I first concluded that the Democratic Party's attitude resembles mother-love and the Republican Party's resembles father-love, I thought the idea was original with me. But recently I came across this quote from Robert Frost:

The father is always a Republican toward his son, and his mother's always a Democrat.

So much for originality.

Is Any Help Possible?

It will probably open a huge can of worms, but I have to say that I hold out much greater hope for the success of those 50s parents, despite their locked-in gender roles, than I do for the parenting style of the current Democrat and Republican Parties. Why? Because of the egregious lack of respect in American society today. Suppose a few of The Kids want to tell Mom and Dad to stop fighting, to please Get Ye to a Marriage Counselor, to patch things up somehow so that the family can continue and flourish and mature and grow. Does anyone in the USA today actually believe that the current Dems and Repubs would be willing to do that?

Of course not. The first step in really patching things up (in any kind of relationship problem) is to listen, truly listen – without comment and without defensiveness – to an opposing point of view, and I can tell ya', that just ain’t gonna happen. The leaders of both parties of course will say that they are willing to sit down and listen to the other, but what they really mean is, “I will listen to you, if you will first listen to me. I will respect you, if you will first respect me. I will hear you out, but at the end of the day you had better agree with me or it’s all over.” And after the conversation is over, assuming that anyone has actually listened to the other one, their attitude will be, “Well, I listened, but s/he still won’t agree with me!”

Hey, folks! If your reason for listening to each other is just so that you can convince one another that you are right, then of course there will be no true agreement, and of course your relationship – and your family – is doomed. The purpose of listening to one another is not to cudgel the other one into submission, as you seem to believe; rather, it is to hear what the other one has to say; to hear an opposing view; to learn and grow and come up with a better solution than either one of you alone could have imagined or developed. Mom and Dad believe they are already doing that, or at least they pretend that they believe it; but any qualified marriage counselor will tell them to open their eyes – they are only deluding themselves! 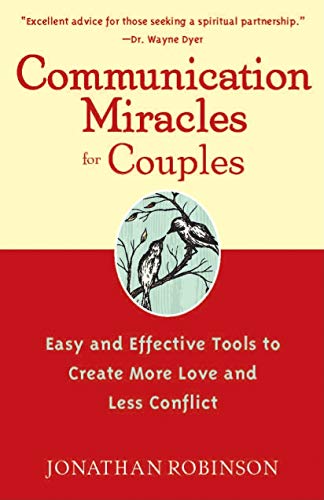 A Culture of Disrespect

But, as much as I tend to dislike both parties today, I have to admit that they alone are not to blame for the lack of respectful listening, even within politics . After all, which of The Kids would really want Mom and Dad to “patch things up,” if it meant giving up something that they want?

More likely, The Kids of today would be egging on their "parents'" altercations, Jerry-Springer-Show style. Several decades of Americans have been raised on TV sitcoms in which the brand of humor is to put someone down; we are so focused on ourselves that we believe our personal wants are more important than what is good for the country; …. and can you believe the vitriol that passes for commentary on every comment board on the Web? It is there for the entire world to see, and it is beyond disgusting. It makes me ashamed to admit that I agree with some things the posters write, because their attitude towards people of other opinions is so hateful.

The name-calling and smearing of one group or another is truly beyond belief. And, to the people who are inclined to say, “Well ‘they’ deserve my disrespect,” let me point out that every dominant group in history has thought that about the groups they have mistreated. Do you really want to put yourself in the same company as those perverts?

So, fellow “Kids,” I have to tell you that I believe if anything good is to come back into the political life of our country, if it is to be saved at all, the real first step is for us, not "Mom and Dad," to truly start treating one another with respect, especially when we disagree. And the second step is to admit by our words and especially by our actions, that our opponents have something quite valuable to contribute, to actually listen to what that is, and to incorporate it into our life as a nation. Do not, please do not, say “Yes, but….”

To what extent does the lack of respect in American politics today really matter to anyone?