US Recession 2013 – Pro Status quo or Social Movement to bulletproof ourselves?

Stated on Wiki: Clark Kerr reportedly said, "The status quo is the only solution that cannot be vetoed", meaning that the status quo cannot simply be decided against; action must be taken if it is to change. Thus 'pro status-quo' generally means 'wait-and-see'.

The social movement is an example of the status quo being challenged. The term frequently refers to the status of a large issue, such as the current culture or social climate of an entire society or nation.

They say you can’t “unring” a bell. Once we hear and comprehend a truth, we can’t return to ignorance or “unsee” the wisdom of it. Way back in 1768 a bell was first rung to unite against inflated and unfair levying of taxes. The truth and wisdom of its message has been echoing in our hearts ever since. Yet are we recognizing today’s urgency to heed its call once again? Or are we too busy taking care of our own tiny neck of the woods to realize the forest is about to go up in flames?

Let me briefly explain here how my own lifetime search to understand people and a seemingly inexplicable event in history brought me to realizing there is an actual term for how the majority of Americans seem to be feeling right now. When we look at just a few key pieces of our current economic puzzle, it becomes immediately evident that we don’t need to be as financially savvy as Warren Buffet to see that the United States is precariously teetering between recession and full blown depression.

To conclude I’ll give an example of how we could make a difference to, at the very least, ensure our own financial security; at best, prevent as many people as we care about from falling like Humpty Dumpty into further suffering and irreparable damage.

Have you ever found your own personal circumstances much less than ideal but decided not to do anything about them? Deep within you felt a heightened sense of apprehension but chose to ignore it and adopt an attitude of “Let’s see what happens” instead.

Often we allow illogical fear to dominate “gut feelings” or “intuition”, painting our inertia with a façade of ‘virtuous acceptance’. But life shows us time and again that procrastinating action after clarifying those inner messages will inevitably throw us smack in the middle of a disastrous 'AHA moment', as we lamely exclaim, "Only hindsight is 20/20!" 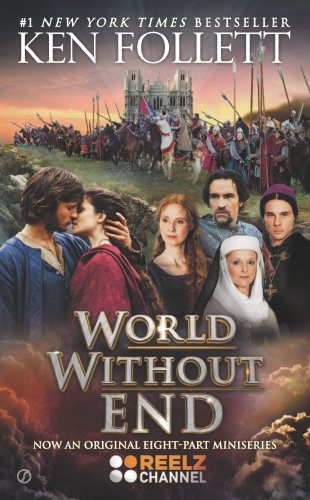 My burning question was how millions of German Jews walked, without uniting to fight back, into the gas chambers of Auschwitz?

Every time I’ve tried to understand by visiting the Holocaust museum in Washington (as explained in BEGIN WITHIN and SPEAK OUT against inhumanities) through reading World Without End, I only became more baffled.

Ken Follett’s book explains how the Jewish people knew exactly what was going on, how they were being dehumanized, murdered and suffered unimaginable horrors. After repeated humiliation, semi-starvation, and even torture and group rapes, most lost everything. The rest were massacred…

Katrina's approach was no secret

Similar scenarios can be seen throughout history, one as recently as in August of 2005. The people of New Orleans knew their levee couldn’t withstand a strong hurricane but instead of evacuating, they watched Katrina approach passively saying, “Let’s see what happens”. 81 billion in damages later, most lost everything and at least 1,833 people died.

Looking around America today, I finally found the answer!

The millions of German Jews isolated themselves in fear instead of banding together because they wanted to believe things ‘couldn’t get any worse’.

This attitude is called the “normalcy bias”. It’s a mental state people enter when facing a disaster, causing them to underestimate both the possibility of a disaster getting any worse, and therefore, completely denying the effects if it were to occur. Despite all evidence to the contrary, they ignore that internal scream of doom, turning a blind eye to the suffering they witness around them.

Once it’s too late will we be among the ones saying, “AHA – I knew it!” or positioned to help rebuild our nation?

60 Minutes: "The Day of Reckoning"

Back in 2005, we couldn’t even afford to help ALL of the Katrina victims. Two years later, as the subprime bailout was assessed at $120 BILLION, the politicians started forming a law allowing them to spend $700 BILLION in hopes of preventing a complete financial collapse. Unfortunately we neither had the money to spend, nor was it enough to fix it. Due to the fact that the US dollar is still the world’s reserve currency, they’ve been able to simply print more money to pay off our debts. Bottom line: we, as a nation, are still spending WAY BEYOND OUR MEANS – and the politicians are the absolute worst offenders!

Disasters always build slowly until we’re seemingly caught unaware and then - CRASH! I don’t know about you, but “millions” used to represent a lot. Slowly we started to accept “billions”. Now it will cost over $43.1 TRILLION dollars to pay back what we already owe. Are we really willing to accept “TRILLIONS” worth of debt? Many of us can’t even fathom the value of a trillion dollars. Apparently that equates to our government spending over $435.8 million per hour! That’s not OK!!!

60 Minute clip of The Day of Reckoning

Perhaps we have slipped into normalcy bias, burying our heads in the sand? Can we really afford sit around passively saying, “Maybe things will get better, let’s see what happens”? If you too recognize the heightened tension here in the U.S., just imagine how the countries we owe money to have been feeling!

Without eliminating the dollar as the reserve currency, we are essentially holding the rest of the world hostage on the Titanic, knowing we’ve already been hit by an iceberg. And they know it too.

So yes, steps are being taken for change...

Countries are uniting behind American backs to secure agreements to bypass the US dollar as the reserve currency.

Many of our creditors, like the Chinese, are unifying to get away from the dollar as fast as they can via strategic commodities, like copper, gold and oil…

If the currency collapses, EVERYTHING ELSE will go with it

Perhaps if you don’t know what to do, band together with a group of people you agree with who do know and are already doing something?

As one possibility, there is a company specifically responding to the recession and consequent challenges. Although its taken them something in the vicinity of 4 years to field test, tweak software, hone and unite companies and expertise needed prior to launching, they officially opened their doors January of 2014!

The entire network of experts and service providers they've already united are willing to work together to create a light at the end the tunnel – that’s not just another political train heading directly at us. Their purpose is to help companies survive both our current challenges and our bleak looking future.

With consultants being actual advocates for the businesses they invite, and with plans to unite the largest conglomerate of businesses possible, every single associated business will enjoy a complete tweaking to recoup any wasted funds and be offered lowered overhead. The providers have all agreed to lower their fees to gain the grander market share they need to survive.

ProVision seems to have been created for anyone who “gets it”. In other words, those who have already been jarred out of normalcy bias and know preparations are needed to establish any sort of security with what we're facing.

It may be too late to save the entire US economy, but it’s never too late to be proactive enough to help ourselves and our connections survive the very real possibility of a depression.

What do we enjoy about living in this country? We’re not being terrorized by a fascist dictatorship or violently suppressed by communism. We’re free to shine and follow our dreams and aspirations unlike a nation founded in socialism.

America is a democracy which means each and every one of us not only has a right and freedom to create our future, we have a responsibility to protect that freedom.

YOU (and your children) will have to live in whatever future is being created today!!!

In 1768 a song was written in protest of the strife caused by a series of British crown taxes levied on the Colonies (Townshend Acts of 1767). It is called "The Liberty Song" and it was when we first heard the bell ring.

We’ve been hearing the wisdom and truth of its echo ever since.

If we choose to stop isolating ourselves with normalcy bias, pull our heads out of the sand with just a little research to see what’s going on, how many are already suffering, and why the economy is unquestionably already dive bombing as swiftly as a hungry brown Pelican, we will see – and know with certainty. We’ll also be quite sure that every single one of us taking action and banding together to help each other and/or put a stop to the ludicrous continuation of irresponsible spending WILL make a huge difference!

It is our responsibility to protect the future we blissfully dream about.

The echoing truth in our hearts is, “United we stand, divided we fall.”

No tyrannous acts shall suppress your just claim - Or stain with dishonor America’s name.

... The tree their own hands had to Liberty reared - They lived to behold growing strong and revered.

With transport they cried, now our wishes we gain - For our children shall gather the fruits of our pain.

... Then join hand in hand, brave Americans all - By uniting we stand, by dividing we fall

In so righteous a cause let us hope to succeed - For heaven approves of each generous deed."

What do you honestly feel is in store for the American economy?