While South Korean technology and entertainment industry swept the world with Korean wave, many are not aware of some ugly sides of Korean Culture, especially in the business industry. My recent business visit to Seoul has opened my eyes to real South Korean working world. Other than working very hard and strict obedience to the bosses, the Korean workers, young or old, has a lot to bear in their career lives.

Firstly, in any typical Korean company, the boss must always be older in age than his subordinates.

You cannot hire someone older than you to be your subordinate. Korean determines the seniority in workplace by age, not by experience and actual capabilities. With such company practice, the company often has managers or bosses who are not capable or able to perform, while the younger executives are overloaded with work and running most of the show. To make the matter worse, the incapable boss will force his ideas and methodologies on the younger executives, that is, “follow the boss” culture. Respect the elders is the core Korean culture and despite disagreement with the incompetent bosses, the younger generation have no choice but to be submissive to his seniors. If they go against their bosses’ will, they will have harder time at work, such as heavier work load, difficulties in performing tasks, no opportunity to advance, etc.

Having said that, the culture is slowly changing with the American culture diffusing into the country. Incompetent and old age managers, who’s age are approaching 50s, are facing the threat of getting retrenched when they are under performing. They will have to constantly undergo evaluation by their immediate superior for their performance, and asked to leave the company, when fail to perform. Exceptions are public enterprises, government sectors, universities and some conservative companies, where the seniors’ posts are secured till retirement age.

While it may seem good to the company to retrench the underperforming older generation, the unemployed older generation will have problem sustaining their good life without a job. The retirement benefits in Korea are getting worse as years go by, due to less monetary contribution to the pension funds. Regardless of their current income, they will be paid minimal pension, just enough to cover for their basic living expenses, such as food and shelter. Better pension are given to the government servants such as the teachers, army, and government officers. People retiring from private sectors will feel a huge drop in their daily expenses budget. Hence, the old people feel the need to work despite passing their retiring age. At the same time, the government is slowly increasing the retiring age to later years.

With living expenses in Korea soaring high due to the country fast growth, the marriage age of the younger generation are getting older as years go by. Now, in 2013, the average marriage age for man is 32, and for woman is 30. This will indirectly cause the couples to have offspring at later years. As time goes by, there are more aging people than younger people in the country. Such shift of balance causes lower contribution to the pension fund, leaving the aging people with low pension to live their old age.

South Korean often looks to the west for its country development. Therefore, they prefer to have western foreigners entering the country to perform various professional works. If you are coming from Asian country, or are Korean yourself, your status will be seen lower than the westerner. However, if you have been trained, worked or travelled to foreign countries like United States of America, Canada, United Kingdom, Australia and Europe, your status will be immediately elevated.

With such social thinking, many university students take a few months to a year off, travelling to foreign countries to learn to speak English, as well as, exposing to the developed countries’ culture. 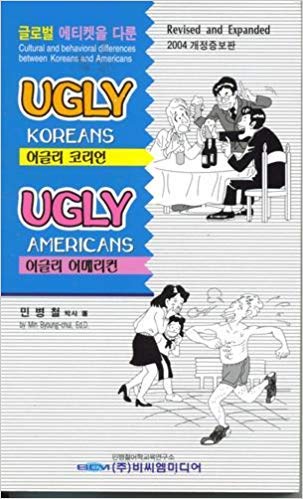 When and How to Bow in Korea