I had a friend whose first husband was a McCoy. Of the original Hatfields and McCoys, two families who feuded during the latter part of the 1800s in Kentucky and West Virginia. The two families lived along the Tug Fork River in the southern Appalacians. It was a story of jealousy and alienation, with a Romeo and Juliet subplot (a McCoy Juliet and Hatfield Romeo). A dozen deaths resulted from long-held family hatred started between two patriarchs from the time of the Civil War through the end of the 19th Century.

According to information I researched, Asa Harmon McCoy was murdered after being discharged from the Union Army, followed by an incident over a disputed pig that resulted in the killing of Staton Hatfield by two McCoy brothers. Then, Roseanna McCoy had an affair with Johnse Hatfield, who was then arrested, followed by a rescue from his family; after which he abandoned the pregnant Roseanna anyway.

After that, scores of bullet-riddled bodies from one side then the other ensued for years, finally resulting in a conflict between the Governors of West Virginia and Kentucky, who called up their State militias to restore order.

Complete pandemonium. Both sides justified; both families wronged and both justifiably angry with the other. On the one hand, it's hard to imagine how something could escalate to such a great extent, based upon stored-up animosities between two families of people.

Divisions have defined us. Wars have shaped countries and determined the shape and nature of our history. It's hard to imagine an analysis of human history without a discussion of wars. In many ways, our history is the telling of wars between one conflict and the next. In between - the periods of peace, unity and humanity - are uneventful, and thus disappear from much of our scholastics.

I remember reading a quote years ago, when I was on a trip through Europe, that in Italy under the Borgias they had warfare, terror, murder and bloodshed, but they produced Michelangelo, Leonardo da Vinci and the Renaissance. In Switzerland, they had brotherly love, 500 years of democracy and peace and produced the cuckoo clock!

Humanity appears to have an addiction to conflict, and an aversion to true peace. By true peace, I mean not just a lack of an active war, or a period where there is no violence, in the midst of tumult. I mean closeness, collaboration, positive regard for others.

But what's most notable to me is when two camps form sides. "Us" versus "Them". Where "we" are right and "they" are wrong. It still continues to happen today, in our generation. It's not just a story of warring between nations, as in the World Wars, but even in 1994 in Rwanda between two tribes of people, who have lived together as neighbors for hundreds of hears. The Hutus and Tutsis had an undercurrent of distrust for each other, but when a Hutu President was assassinated, Hutus took to the streets with thousands of machetes and for over 90 days slaughtered nearly a million Tutsi men, women and children in the streets, in their homes, in their churches - everywhere. They believed it was their duty to slaughter the "cockroaches."

Immaculee Ilibagiza, a Rwandan Tutsi, was hidden in a tiny bathroom along with seven other women for the entire period, while the slaughter was occurring outside the window. She tells of it in a harrowing, but amazing book, titled

Left to Tell, which I highly recommend. One of the most significant pieces of literature I have ever read:

What drives humans to be so polarized on so many issues? When you step back from conflicts, it almost becomes humorous to watch the catty, childish games that each side plays against the other. In the US, there's the perpetual and seemingly growing conflict between "liberal" vs. "conservative", where neither is truly either. Just a bunch of talking heads looking for an audience to buy into their talk shows, buy their books or catapult more morons into fame.

But why do so many buy into the hype? Have we so lost our individuality so that we can't discriminate between sides? Can't it be how we feel personally, without just parroting dogma we've heard from someone else? Where is our personal ability to independently discern what is real to us? Are we really either over "here" or over "there"? I ask because most people I know and talk with are pretty darned similar in their thinking. It's comical to realize now that political candidates who, during the election season, are portrayed as being polar opposite as Marilyn Manson and John Tesh, and then afterward are really much more alike than different in their approaches. This is one of the beautiful things about our system of governance - we don't have to behead the loser!

The truth is force creates counterforce. I see it in my kids every day. They, like far too many "mature" adults, seem oblivious to the fact that when you insult someone, they insult you back. I can't blame them - they see the same immature behavior modeled for them by their leaders, by their peers, and too often, by families. Working together isn't an idealistic vision. It is the only way forward. Period. Fighting merely reinforces further fighting, and further resistance.

Which brings me to today - eight years following the attack on the Twin Towers in New York City. There are no words to express the dismay, shock and anger at such an audacious act. So misguided and unbelievable we almost didn't know how to respond when it happened. And we're not entirely sure how to respond even today.

If we're "us", who is "them"? A radical leader and a radical group that we almost can't fathom; they're like a vapor - you can't find them in any particular or specific place. You can't decimate them because they seem to multiply with more fighting. It's very unsatisfying for all of us - myself included. I want satisfaction. I want retribution. And there's a part of me that wonders whether that's an itch that can never be scratched.

It's a deeper wound from which we - all of humanity - suffer. A wound amplified by ego, divisiveness and anger.

September 11, 2001 will resonate forever with each of us. I only hope we find a way - collectively - to bring us all together.

"Between stimulus and response there is a space. In that space is our power to choose our response. In our response lies our growth and our freedom." 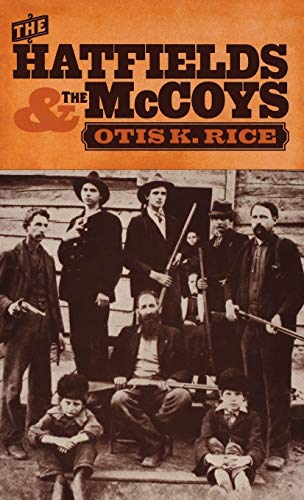 The Hatfields and the McCoys
Buy Now