The ESD#6 (Emergency Service District #6), board president, Sylvia Mendelsohn made it clear that her intentions were to establish a community center in the Thelma Area of Southern Bexar County. The original idea of the community center dated back to 2003, when the county purchased the land and designated it as such, along with the approval for funding for $750,000. Since then, it sat dormant; until Ms. Mendelsohn was appointed to the ESD#6 board.

The "grand" community center design had a 1400+ square foot kitchen with serving bar, commercial refrigerators, freezers, loading docks, etc. The original plan was to rent it out for weddings, parties, etc and to be run by the Thelma Area Neighborhood Association; founded by Ms. Mendelsohn and Mr. Jimmy Lopez according to county documents.

The problem with the creation of this community center came about, when they tried to create added funding, using ESD#6 tax payer funds. Then the community center was quickly re-designated an "evacuation" center.

Calling it an evacuation center brought the possibility of much needed additional funds to create a grand community center. The land owned by the county would then be purchased again by the ESD#6 from the county for $47,000 using a Community Development Block Grant; funds which were approved by County Commissioner Chico Rodriguez, since May 2010. The ESD#6 then proceeded to spend taxpayer money to apply for a USDA/RD grant-loan for over $5 Million dollars that the ESD#6 board received approval on. According to Ms. Mendelsohn at a forum; she also planned to use taxpayer funds from the ESD of approximately $140,000.

Time goes by so quickly and the three year battle with the ESD6 might not be over due to pending lawsuits, but for the community of Southeast Bexar County, the last of their fire departments is gone.

Yes, that's right, there is no more fire protection from the ESD#6. And because the area has no protection of it's own, the ISO ratings have been adjusted to show that there is "0" fire safety. Community members should be on the look out for the increase in their homeowners policies to hit shortly.

While Ms. Mendelsohn may claim that ESD2 is providing service for the district, it is an outside source being brought in to fight fires and is considered to be just as if they were calling in Somerset, St. Hedwig and other surrounding fire departments to assist with fires. The ESD6 longer has a fire department, but continues to get tax dollars from each and every community member, with the exception of ESD6 board members, who are notorious for not paying their taxes.

Before Ms. Mendelsohn took over the ESD6, Sandy Oaks Volunteer Fire Department was one of 4 Hazmat units in the county. Sandy Oaks facility was fully staffed and trained to fight hazard chemical fires and spills due to IH 37 being Hazmat Alley due to all the chemical facilities in it's route. Three years later, hazardous facilities have increased with the addition of Halliburton, Weatherfords extended and new facilities and others lining the north and southbound sides of IH 37 S. The other three were in Leon Valley, Leon Springs and Bulverde. Today only one facilities remains open to render aide in Leon Springs.

Those in the south east portion of Bexar County will have a 45 minute to an hour wait before help can reach the area in case of an explosion or spill in their area. A lot of damage can be done with an out of control fire in a matter of seconds. Imagine waiting for almost an hour to get assistance. More so, when there were very capable and trained volunteer firefighters less than 5 minutes away at Sandy Oaks Volunteer Fire Department.

The community can thank Commissioner Chico Rodriguez and the Commissioners as a whole, Ms. Mendelsohn and her "team", Mr. Brewer, Mr. Chavez, Mr. Wood, Mr. Hearn, and Ms. Vargas for putting the community at risk as well as putting them in more financial debt.

Do you want taxation without representation? 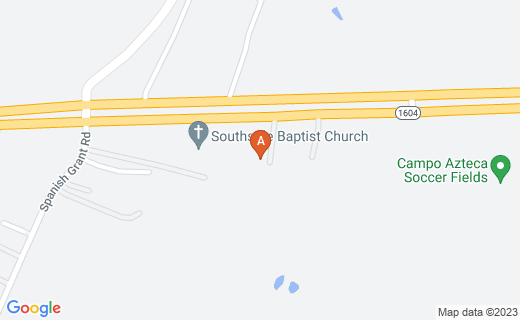