Our troops are never afraid to stand up, and alone!

Some readers are going to like this and some won't. That is the nature of blogging! Besides our country is so split, down the middle right now, that it can be tough to find any common ground to stand on. I hope that Americans from the left and from the right can find that soon, but that hope has faded.

Why? Look at the history behind the war in Iraq, and the facts about whether or not there were W.of M.D.. Even though there is indisputable proof that Saddam Husein had and was using chemical weapons and had a large supply of yellow cake uranium ( http://www.nbcnews.com/id/25546334/ A MUST READ!) , we are still often told that President George W. Bush lied. Yellow Cake Uranium is used to create weapons of mass destruction. Many of Husein's own chemists and operatives stated that he was going to use this and the warheads that U.N. investigators found....and on us!

Do you believe that there were weapons of mass distruction in Iraq?

This is an important book about the search. 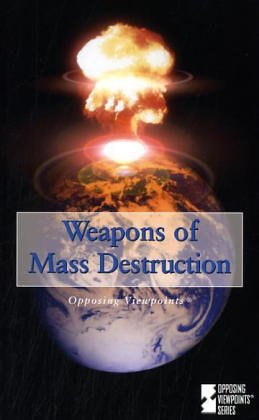 Do we get it yet?

We are even told today that thousands died because of his lies about these weapons. It not only comes from the media's left, but even from Michael Savage (conservative radio Icon), and many Ron Paul supporters!

The world recently learned that Syria used gas (chemical weapons) on its own people. Do you remember where those came from? I do. When Hans Blix and his team were scheduled to enter Iraq and investigate this matter, there was plenty of stock footage showing large trucks being loaded with chemical weapons. Those trucks then raced in a convoy to and then across the Syrian border. They were hidden from Blix's team. The reason these were hidden has always been quite clear. Hussein tested this form of chemical weapon on a community of Kurds in his own country! It was believed that he tested this method of genocide in his country first before setting his plan of using these weapons on Israel and America!

Also, Hans instructed the Iraqi Government to dispose of some war heads they found. Iraq agreed, but many of those same war heads were found much later by allied forces.

Even NBC news reported this- "The last major remnant of Saddam Hussein's nuclear program — a huge stockpile of concentrated natural uranium — reached a Canadian port Saturday to complete a secret U.S. operation that included a two-week airlift from Baghdad and a ship voyage crossing two oceans.

The removal of 550 metric tons of "yellowcake" — the seed material for higher-grade nuclear enrichment — was a significant step toward closing the books on Saddam's nuclear legacy. It also brought relief to U.S. and Iraqi authorities who had worried the cache would reach insurgents or smugglers crossing to Iran to aid its nuclear ambitions."

I know that the Bush Administration did an awful job conveying this information to the public. He was a P.R. nightmare in so many ways. But, I still ask why didn't the media report the truth and why do many democrats still accuse Bush of lying about this? Is it for political reasons? I can not see any other reason to mislead the public.

In my opinion, missle war heads, yellow cake uranium, and nerve gas/chemical weapons, fall under the W. of M. D. catagory! They also belonged to a ruthless dictator that used them against his own people with out warning. What would he have done to us, and the other nations that he threatened?

Please tell me your opinion!

There is a poll below, and I also ask you to leave a comment for me. I will respond when I can.

If you are liberal or beleived that Bush lied, please don't hesitate to discuss this with me! I will be polite.