What Are the Top 11 Most Powerful and Inspiring Post-9/11 Tragedy Tribute Songs Most Americans Have Never Even Heard?

How did you find this HubPages' Hub article?

Do You Remember Exactly Where You Were When 9/11 Happened? (If so, Share in the Comment's Section Below!)

September 11, 2001 was one of the most tragic days in American history. After those life-changing events, many bands decided to write tribute songs to thank the police officers and fire fighters as well as civilians who gave their lives that fateful day. As with my husband’s experience as a Soldier in the United States’ Army, as conveyed to me around and after that time, many of these songs were also carried to distant lands by members of the United States' various branches of the armed forces. Although most Americans are familiar with modern music due in part to free radio broadcasting, most are not aware of some of the best post-9/11 songs ever written because they were never aired over the radio waves.

NOTE: Hours went into crafting this article. While I don't expect everyone to agree with my specific placement of each song selection on this list, it is my strong hope that you will capture the spirit and intent behind the words of this article. There's no doubt that some of these songs will cause deep founded emotions to be elicited and resonate. If you are like most, like myself, you'll probably remember exactly where you were and what you were doing as the tragic events gradually unfolded that sad day. If this article triggers feelings--any feelings at all--I encourage you to share those feelings, as well as, any song(s) I may have missed, in the comment's section of this article below.

The Eagles have been around for decades, and nearly anyone can recognize Don Henley's powerful, ballad-belting vocals. Even so, very few Americans, outside of The Eagles' already fervent fanbase, are aware that 'Hole in the World' even exists. This song is not in the traditional style—it sounds a little more like a country song than typical Eagles music—but the powerful message is definitely not lost in the translation. 'Hole in the World' is a treat for both Eagles' fans and those who desire unity in the world.

"Under wings of Gold and Silver,
Sometimes we have to hide,
For shelter from this bitter winter,
At least tonight."

Written initially with the sole intention of being a "Top 10" list of songs and videos, it wasn't until after publication of this HubPages' hub that I decided to include Stavesacre's 'Gold and Silver'. Needless to say, I debated with myself over whether to include it at all. You see, for as powerful of a song as it is, it was never written as an express "tribute" song in honor of the victims and events of 9/11. In fact, the album it appears on, entitled "Speakeasy", was released in November of 1999, some 2 years before 9/11 even happened.

With melodic, capitivating rhythmic undertones, that seem somewhat out of place for this Southern California-based metal band in comparison to their many other songs and projects, 'Gold and Silver' takes the listener on an emotional roller coaster ride with soft instruments and vocals that slowly build up to a powerful surge of each that is reminiscent of the #1 song (stay tuned!) that I have chosen for this article. Whether written exclusively and marketed as a 9/11 tribute song, or not, this song is the perfect example and embodiment of the fact that many 9/11 family members and survivors turned to whatever songs brought them peace and tranquility in, perhaps, one of the most difficult and trying times they will ever live through. In essence, this song essentially demonstrates that the "best" tribute songs were the songs--any songs--that those struggling and searching for healing embraced to help them through these trying times.

Even thousand of miles away, serving with the U.S. Army in Afghanistan, shortly after 9/11, this song achieved a coveted spot at the top of many of my husband's playlists.

(While the first video is entitled "Thru the Eyes of Love" and is set to a well-timed and constructed piece of anime, I completely understand if you aren't a fan of anime and are "put off" by this. Even though you could just listen with a closed browser window, I have also provided the same song, as set to a still picture of the front cover album graphic of Stavesacre's "Speakeasy" album.)

“But I can't see New York
As I'm circling down
Through white cloud
Falling out.”

Tori Amos has a voice that can portray the tragedy of 9/11 without words, but 'I Can't See New York' truly moves everyone who hears it. The piano accompanying her voice makes this one of the most powerful songs of its time. Combining feigned personal experience with the events of that terrible day, I 'Can't See New York' tells a story unlike any other tribute song ever written. The emotions Tori Amos attempts to portray in this song include sadness and frustration, and she hits the nail right on the head with this piece of music.

Exhibit 13 is a completely instrumental masterpiece by the masters of stage presence—the Blue Man Group. The idea for the song came from a torn and burned scrap of paper that landed in Carroll Gardens in Brooklyn, New York on September 11, 2001. A new spin on electronic music, Exhibit 13 is definitely a very moving experience. While listeners can feel the emotions in the music alone, the stage show adds an air of urgency and helps listeners to better understand the events behind the music.

#7. 'New New York' by the Cranberries

Although The Cranberries are not Americans, they've captured the essence of the terrorist attacks of 9/11 in full with New New York. The musical style combined with somewhat cryptic lyrics provides listeners with mixed senses of confusion, anger, sadness and freedom. Relatively fast and loud guitar riffs are the perfect base for the words, and The Cranberries captured everything perfectly. New New York is one of the most different yet emotionally impacting 9/11 tribute songs ever written. 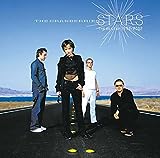 “On splintered bones I walk
Shifting through the blood.
Besieged in fear
Await the coming of the God.”

For music lovers with a taste for the extremely loud and fast world of metal, Slayer's Jihad is one of the most angry 9/11 tribute songs ever written. It masterfully captures the thoughts that went through the minds of millions of Americans on September 11, 2001 without regard for political correctness. Directed at the hijackers and masterminds behind the attacks, Jihad points a hellish finger at the terrorists and gives them a very distinct warning—their time will come.

#5. 'Angels on the Moon' by Thriving Ivory

“Don't tell me if I'm dying, 'cause I don't want to know.
If I can't see the sun then maybe I should go.
Don't wake me, 'cause I'm dreaming of angels on the moon
Where everyone you know never leaves too soon.”

A wonderful power ballad that pays tribute to those who lost their lives in the terrorist attacks of 9/11, Angels on the Moon captures the sadness and grief felt harmoniously by Americans both on that day and beyond. Amazing guitar bridges and booming vocals tell a story of a person who is grieving for those who perished and who is living out his life in a post-9/11 world. Everyone in America can relate to Thriving Ivory and the strong emotions this song can bring about. 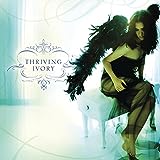 #4. 'Tuesday' by Five for Fighting

This song is very reminiscent of Bread or Cat Stevens of the late 1970s, but carries with it an air of sadness and fear. Although Tuesday has been interpreted several different ways, the cryptic lyrics touch everyone's lives differently. Monday and Tuesday are personalized in this tune, and Tuesday's 'letter cold addressed in red' represents the planes that crashed into the twin towers. The line 'When will she come again?' is a question asked eerily, and it reminds Americans that our country is still on alert from the attacks of 9/11.

#3. 'Dream with Me' by Automatic Loveletter

“Close your eyes.
For once, think of each other.
Reach out – we've been here forever.
I've been dreaming on again.
Dream with me.”

Written exclusively by two teenagers who witnessed the 9/11 attacks, 'Dream With Me' is one of the most touching tributes ever written. Following in the footsteps of ballad pioneer John Lennon, Juliet and Tommy Simms wrote this song together after 17-year-old Tommy returned from two weeks' worth of volunteering at Ground Zero. Since 15-year-old Juliet was not allowed to travel into New York, she gained the help of her brother and, together, they wrote 'Dream With Me'.

“Time will say 'I told you so' if we look back in regret.
Never give a day away
It won't return the same again.”

Very likely one of the most under-rated tribute songs of all time, For Today is a great ballad that reminds Americans of the sadness and grief they experienced on 9/11. Powerful electric guitars and elegantly simple lyrics tell a story of living for the moment and helping others. Dedicated to the servicemen and women who lost their lives on September 11, 2001, For Today has the power to touch lives and change the way Americans view each other and the world.

One of the most powerful 9/11 tributes of this generation, 'Broken Lungs' by Thrice is a wonderful example of a band that is not very well-known by most Americans (but should be). Classified as modern rock or adult alternative, Thrice is a band with a purpose—getting their message across through powerful lyrics meshed with a noticeably distinct sound that has evolved quite a bit since their band's founding. Because of their genre, they have developed a very loyal fanbase, however, compared to the United States' 300,000,000+ person population, it is my opinion that not nearly enough Americans have heard of this song (or, sadly, of Thrice). The fluid guitar riffs and drum beats combined with meaningful lyrics lets this song grab onto your heartstrings and not let go. 'Broken Lungs' is definitely an emotional roller-coaster, but one that will leave listeners begging for more.

(Just before the closing paragraph of this HubPages' hub article, you can also see a "Remix" version of this same song. With a few thousand YouTube views shy of the original song, it's clear that this edition became a quick favorite of many, as well. Even still, it has yet to reach the listening ears of many the American population over.) 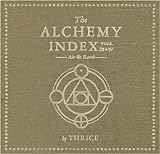 Music has a way of making memories last a lifetime. Although the events of September 11, 2001 were some of the most tragic of this generation, it is important to remember those who lost their lives and how the people of America came together to heal each other and the rest of the world. These songs are our reminders.