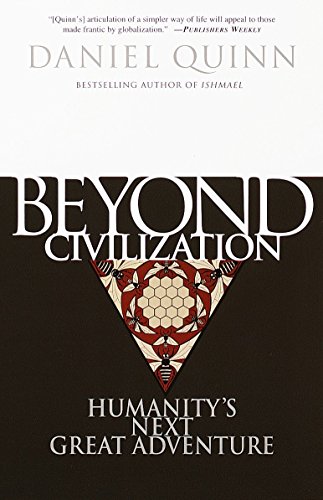 Slavoj Žižek recently asked, “What social organization can replace the existing capitalism?” But before we answer this very important question, let's get something straight: we do not live in a democracy. We live in a plutocracy: government by the rich. The corporate elites have aggrandized power without political accountability, and they have been using capitalism as a means to achieving this end for the past four decades. But instead of being subservient to capital and simply existing to serve the interests of corporate power, we need to discover a new way of relating to money, power, and the politics that arise from social relationships (How to get Power over Power). We should be able to transform our conception of what a genuine democracy could be like with a re-appropriation of the concept of community.

My proposal of Commitalism is one possible answer to Žižek's question. I propose it as a vehicle toward a unique cultural transformation and genuine democracy. Essentially, commitalism is a combination of eco-moral capitalism and ego-moral communism. By eco-moral I mean holistically conscious and compassionate. By ego-moral I mean holistically individuated and ethically motivated.

Commitalism combines the “heart” of communism with “the balls” of capitalism. It grounds the self-expansion and grandiosity of traditional capitalism by implementing spiritual and ecological principles of interdependence (Sumak Kawsay: good life) and then advocates for a non-selfish society through the act of reciprocity and expiation (potlatch/gift economy). It also tethers the wishy-washy Utopian grandiosity of communism by empowering individuals to be productive through imaginative social expansion (Eco-moral Tribalism) and creative mini-revolutions that keeps its “bottom-line” in a constant state of renovation. Also, commitalism strategically branches off from communism (which has left a “bad taste” in the mouth of social theorists and philosophers since it's supposed failure), but still subsumes communism's long, historic struggle.

Commitalism is a specific stage of economic and political development that emerges from a social construct that is in need of equilibrium. Its basic tenet is economic moderation and political reciprocity as pertaining to social relationships involving power and authority. Commitalism smears the black and white economic divide into a gray-washed social system of checks and balances. It does this, mainly, through the concept of Capital munificence (or hero-expiation), an eco-moral tactic emphasizing expiation and the redistribution and reciprocity of wealth. Capital munificence is a branch-off of the Native American tradition called the potlatch. It calls for a renovation of the potlatch idea, a post-modern potlatch that emphasizes philanthropic sacrifice and celebratory redistribution of immoderate wealth; not with the motive of pity, but with the motivation of festivity and a healthy mockery of power.

If we wish for our economic system to be the foundation for a healthy and vibrant democracy there must be a healthy sense of civil disobedience. Commitalism embraces this idea by allowing for a platform where individual common heroes can pay tribute to the “common” people through expiation of their immoderate wealth and also by paying homage to both nature and psyche through the healthy mockery of immoderate power. Plato said it best, “For a state in which the law is respected, democracy is the worst form of government, but if the law is not respected, it is the best.”

Our current plutocratic regime has led to self-interest, over-consumerism, ill-discipline, and a general lack of humility because it hasn't been checked and balanced by the people who uphold it. “The people” are made up of unique individuals, all of whom are responsible for their own power. The key to re-appropriating the “spirit”, pneuma, of democracy, and preventing those that uphold it from sliding into tyranny and power-mongering, is to set up internal checks and balances. Capital munificence achieves this balance on both individual, collective, and ecological levels. It relieves physical burden (immoderate wealth) as well as the psychological guilt associated with money, while directly benefiting the function of the multitude, all while maintaining an equilibrium with the immediate environment by consuming less and respecting more the natural cycle of the biosphere.

Changes for the better should never be a goal of perfect conception, but an advancement from misconception to ever more refined misconception. Thus commitalism embraces the concept of fallibilism as its philosophical foundation. Indeed, as a foundation for a refined democracy to grow from; one that isn't tainted by its power-mongering, evil step-sister, plutocracy. "Like toddlers and tyrants we are quick to take our own stories for the infallible truth," writes Kathryn Schulz, "and to dismiss as wrongheaded or wicked anyone who disagrees. These tendencies are most troubling for the way they fuel animosity and conflict. But they are also troubling because they make it extremely difficult to accept our own fallibility.” We need a system with a dynamic, relationship-based economics that strives for harmony and balance; rather than a static, ownership-based economics that brainwashes and pigeonholes its people into mindless automatons who become nothing more than simple cogs in a clock that only keeps time for a select and privileged few.

A genuine politic of emancipation is possible. An authentic economics of eco-morality is possible. Capitalism without hoarding and stockpiling ourselves into power-hungry elitists is possible. Communism without sacrificing individual effort and personal ability is possible. It is possible to both respect the commons and the individuals who populate those commons. Commitalism has the potential to create this new reality, where a realm of non-state political power can be realized and therein empower the oh-so-elusive “we the people” of our mutual democratic vision.

Two thousand years of objective reasoning has led us into a cul-de-sac of possessiveness and fear. We have become a fear-based, money-based, all-consuming, mass-destructive machine aggrandized by individuals who are intent upon the pursuit of their own happiness despite the consequences. But we are not our reason alone: we are Animal; we are Primordial; we are Earth. Thus, for the sake of both psychological and ecological stability, we must bridge the giant gap between the unconscious and the conscious, between the subjective and the objective, and between nature and psyche. The responsibility is ours and ours alone, lest we continue living in a world that pigeonholes people into ignorant, caste-like, fear-based systems.