What is the REAL Impact of the Fiscal Cliff on the Average Working American? [179*4]

THE FACE OF A MAN GOING OVER THE FISCAL CLIFF

WHAT DOES THE ENDING OF THE BUSH TAX CUTS REALLY MEAN?

PROBABLY A LOT. BUT, IS IT DEVASTATING? Probably not. I created the Table 1 below to get a feel of the basic tax effect if we do a Thelma and Louisa over the fiscal cliff. I pondered it for awhile before starting to write. What follows isn't preplanned, I am not sure of the outcome (although I did have have my internally biased idea of what the answer should be, which I have already had to modify when I got to the middle of this piece), so I am as curious as you as to what I end up with.

Like all people, I have to relate, to compare, things like this to something; normally it is one's own experience. My personal situation leaves me in the bracket which will pay an additional 3.1% in taxes, baring any offsetting tax credits, etc., meaning somewhere between $6K and $11K; let's say $10K just so I have a number to use. In considering this, I tried to imagine what the real impact on my life and my business would be. The easy part is an absolute understanding that it has no influence on my business decisions in the slightest, nor will it have for anyone making more money than I do. In fact, a study I just found concluded the linkage between capital formation and tax policy is very weak indeed! So, what happens on the personal side?

Clearly, this amount of money is not going to interfere with the essentials of life unless I have been unwise in my lifestyle and have a home mortgage that eats up most of my income. No, this is only going effect my discretionary spending, savings rate, or some combination of the two. So, what is the worst possible case? Many people might say not spending it would be the worse because it reduces demand, but I argue that it is not, because, it does't reduce demand very much, maybe 3 or 4% at worst. This is because, assuming government keeps its spending at the same level, the new taxes go to reducing the amount borrowed to pay off the excess layouts. One scenario makes this a good thing, given the high level of unemployment. If business sees the government seriously addressing its debt/deficit problems, it might be more willing to get off the side lines and invest more, there by hiring more people.

So, what would I do? Well, if I were on the younger side and smart, I would reduce my spending or find additional sources of revenue, I definitely would not reduce my savings. But, I am an old fart, so, would I do anything differently? No, not really. Others might perhaps, but I would just place more option trades to try to make up the loss. And this is the same scenario those in the bracket above me as well as the two below me would follow. It is only with the lower end of the lowest tax bracket where the dynamics change, and that is because the increase in tax liability may eat into essential spending.

Now, the $64,000 question, what would you do? If your income was reduced 3.2% or 3.2 cents for each dollar earned. Would you change your lifestyle or your savings patterns?

COMPARISON OF THE CLINTON ERA AND BUSH ERA TAX RATES

TABLE 1 - The Bolded numbers are what the new rates will be if Congress does not act. The last column shows how much the tax increase will be from the old rate.

In addition to the base tax, the 2% payroll tax holiday will end. This will add $200 for every $10,000 in wages subject to social security taxes. So, let's take a look at a few examples of what this could mean.

BEFORE AND AFTER TAX CUT EXPIRATION PICTURE

HOW IS AMERICA GOING TO ACT?

CONSIDER THE LEFT AND RIGHT COLUMNS of Table 2. You are going to hear a lot of rhetoric about the sky falling if something isn't done regarding the taxes (the sequester is horse of another color entirely); who knows, maybe it will, but I wonder. If the media, the pundits, and politicians don't scare you to death first, then how about the relative change the left and right columns? It doesn't me, at least for the top five income levels; can a family of two, which is what I used to obtain gross income, live as comfortably on $74,610 per year as they can $77,000? My guess is yes; I see no reason why they couldn't.

On the other hand, the same might not be said for the bottom to examples, for they fall near or below the poverty line and the $400 or $1,590 might mean a meal or a mortgage payment. I have not looked to see if the effect of the return to normal social security rates is offset in any manner by other parts of the tax code for people at that low an income level but there may be; same for the tax portion in the next level up.

But, the above perspective is from a pragmatist point-of-view, not necessarily real world. In the real world, you have emotion, political agenda's, profit, skittish stock market traders, and news media profit motives to take into account. Any combination of the aforementioned could, and generally do, drive people to make unreasoned decisions from the unnecessary fear that is intentionally or unintentionally generated. All I am saying is that, from a pragmatic perspective, is that I am not sold that the increase in tax payments because of the expiration of the Bush-era tax cuts should be as damaging to the economy as many pundits have it.

THE CIRCULATION OF YOUR TAX DOLLARS

WHAT DOES HAPPEN WITH YOUR TAXES?

ESSENTIALLY, YOU GET YOUR MONEY BACK, just in different form. The picture above is a simple look at the cash flow once all of the complexity is stripped away.

It is simple as that and not rocket science. The arguments that come from one side of the aisle that make it sound like your tax dollars go into a big black hole, never to be seen again is just bogus, untrue, a sign of a lack of understanding of how cash flow works in the economy. Likewise, when they try to imply that most of your tax dollars end up being spent on waste, fraud, and abuse are likewise being disingenuous.

There is no question there is a lot of FWA in government. The real question is, however, is how does it compare to WFA in similar sized private companies? If the federal gov't experiences a FWA rate of 1% of its tax revenues, does a company like the Union Pacific Railroad (about a $3 billion company) experience a similar rate? If it does, then one can assume that 1% FWA is intrinsic to large organizations and I know the chicken-littles are just blowing smoke. If, instead the gov't rate is 10% and the private sector is 1%, then the chicken-littles just turned into soothsayers. But, until such analysis is done, and I bet it has and I just haven't run across it yet, then such hyperbole is nothing more than misdirection and propaganda.

I bring this up, because even FWA ends up back in your hands, or at least the part that stays in the U.S., but what you aren't getting, of course, is what you paid for. But, this argument about FWA leads into a central theme of the gov't is too big, whatever that is, and needs to be cut, and cut now. This brings us to a quick mention of the sequester.

THE ELEPHANT IN THE ROOM

THE SEQUESTER!!! IT IS THE DEVIL INCARNATE. This event, by itself, would probably drive us into the next recession. Coupled with the increase in taxes, it certainly will ... that I believe. It will force a recession for several reasons, the main one being, unlike the increase in taxes, it actually reduces demand significantly! This occurs because of the large number of federal workers that will laid-off, the huge number of federal contracts canceled or reduced, and the resulting reductions-in-force in the contractor workforce; a true tsunami.

The picture below gives you an idea why. Notice the much thinner arrows indicating reduced tax revenues and salary/procurement dollars being spent in private sector.

THE PRACTICAL EFFECT OF A SEQUESTER

WHAT IS FORTUNATE is that the Sequester can be countermanded by the Congress. While the end of the Bush-era tax cuts has a high probability of occurring, and maybe staying unchanged for a period of time, in my estimation, I do not believe Congress can stand the political or economic pain which the Sequester will bring and will quickly change the laws to mitigate its effect.

As to the Bush-era tax cuts, I suspect most of them will be reinstated to one degree or another, if they do expire.

WHAT DO YOU THINK??

Do you believe the end of the Bush-era tax cuts, by itself, would lead to a recession?

Do you think if Congress lets the Bush tax cuts expire that you will be signigicantly harmed by the loss of income.

Do you think Congress will allow the Bush tax cuts expire?

Do you think Congress will end up basically ignoring the Sequester?

Do you consider yourself more closely aligned with 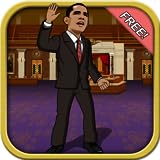