Where Is the Yogurt?

While visiting my best friend during the summer of 2015, I went into a corner store across the street from her apartment building to purchase yogurt and was told they do not sell that. I tried two other stores with same result. I was disappointed and amazed. How could a corner store, pardon me, corner stores, not sell something as simple and commonplace as yogurt? My friend lives in the poor and working-class community of color in Ocean Hill, Brooklyn, New York. Could this be the reason? Don’t African-Americans or black and brown people eat yogurt? I know they do. I do.

When I mentioned my sad surprise to my friend, her comment was that there wasn’t enough of a demand for such items. As we continued talking, she suggested that perhaps the mentality of the people could also have something to do with it. They may not want to eat foods that are unfamiliar, she expressed.

Yogurt unfamiliar? Commercials and ads for yogurt appear in every form of media. You can’t miss them. She also said had I tried the only neighborhood supermarket, which was about 15 to 20 minutes within walking distance, I would have found some. Okay. But aren’t neighborhood corner stores there for my convenience?

On the windows of the last store I entered in my yogurt search, there were food posters promoting lots of sausages, bacon, and other fatty and fried foods. I checked the other storefront windows on my way back to my friend’s home. They too were decked out with similar ads. The situation annoyed me. Did the proprietors (none of whom were Black) consider yogurt too healthy a food for the residents of this neighborhood? And wasn’t that issue spotlighted and resolved years ago?

Believing in a diabolic conspiracy, when I returned to my home in neighboring state, I decided to search the Internet to find out what articles and studies were saying about the previous and current state of food offerings in poor communities and communities of color.

There were several studies and articles, some dating as far back as the 1980's, about the lack of healthy foods in economically-depressed, ethnic neighborhoods. Most focused on the lack of supermarkets, which apparently migrated to the suburbs with the white, middle-class in the 1960s and ‘70s. An article “Access to healthy foods worse in poor and minority areas” posted on www.reuters.com and written by Anne Handing June 21, 2009, stated that 54 studies showed people in poor neighborhoods have less access to healthy foods but a large number of unhealthy fast food restaurants. These studies conducted in 1985 and 2008 suggested that an availability of supermarkets would give local residents the choice to purchase fresh and healthy products. They also suggested that convenience or corner stores had no interest in providing such goods. Bottom line, it was not profitable.

New York City itself conducted a 2008 study on behalf of the then Mayor’s office. The Department of City Planning, Housing, Economic, and Infrastructure took on the research and included the Brooklyn regions of Bedford Stuyvesant (Bed Sty), Bushwick, and East New York all of which surround Ocean Hill. In fact, Ocean Hill is often considered part of Bed Sty. Hmm…maybe not for that survey?

The Department discovered a grave need for supermarkets stocked with healthy foods in those underserved communities. They also found a direct correlation between chronic diseases such as obesity and diabetes among the residents and their lack of access to nutritious food. Their findings resulted in the implementation of strategies to rectify the supermarket deficit.

Although it is a valid point, my disgust or concern was not so much a lack of supermarkets (according to my friend, there was one close enough) but that in year the 2015, surely I would find something as simple as a container of yogurt in a local corner store.

A compilation of 132 nationwide studies created by PolicyLink of Oakland, California and The Food Trust of Philadelphia, Pennsylvania, reported that New York City’s departments of health, planning, housing, economic development and the Mayor’s office created and implemented several initiatives to resolve this lack of healthy food issue, one of which was called “Healthy Bodegas.” It was supposed aid local convenience stores in providing residents more nutritious foods.

Another article “Healthy Foods, Strong Communities- Fresh fruits and veggies are good for more than just your health” #147, this one posted on http://nhi.org, the National Housing Institute, and written by Rebecca Flournoy in fall 2006, reported that convenience stores in poor, minority communities charge as much as 49 percent more than supermarkets for the same item. Ms. Flournoy also cited a study from the American Journal of Public Health to support their belief (and mine) that people’s environment dictates their lifestyle, including dietary choices. Returning to my friend’s comment about the mentality of her neighbors, I believe that with experience and knowledge one’s mindset can be changed. If access to yogurt as with other healthy and fresh foods was provided and made affordable, residents will consume them. The benefits would be less obesity, diabetes, heart disease, cancer, and other chronic ailments, which continue to plague poor communities of color. Just saying.

The 2006 article indicated that policies such as removing the fears local convenience store merchants have about offering food items that may not sell were being developed in poor, minority neighborhoods across the country. I assumed it included Brooklyn, New York. As a matter-of-fact, “The Grocery Gap- Who has Access to Healthy Food and Why It Matters,” a compilation of 132 nationwide studies created by PolicyLink of Oakland, California and The Food Trust of Philadelphia, Pennsylvania, reported that New York City’s departments of health, planning, housing, economic development and the Mayor’s office created and implemented several initiatives to resolve this lack of healthy food issue, one of which was called “Healthy Bodegas.” It was supposed aid local convenience stores in providing residents more nutritious foods. But in 2015, in the community of Ocean Hill, Brooklyn, the only change I saw were a number of posters featuring greasy foods plastered on storefronts (yes, there is egg in my photo but it’s fried) and NO YOGURT in the refrigerators!

Another nugget from Ms. Flournoy’s article was that a survey conducted by the nonprofit organization in the low-income minority neighborhood in southeast San Francisco called Literacy for Environmental Justice showed residents’ interest in purchasing healthy foods resulted in the organization’s creation of a successful “Good Neighbor Program” with local stores stocking at least 10 percent fresh produce and up to 20 percent other healthy foods, while offering them incentives such as marketing aid, training, and energy efficiency upgrades in their stores. Simultaneously, they provided residents with motivational tools such as education about eating healthy and food tasting. Again, notice that with education, mentality can and does change. Advertise healthier food choices, including yogurt in the windows of convenience stores, corner stores, or bodegas, if you prefer, charge reasonably, and train vendors, especially those who are non-Black or non-minority to care about the people who support them. And perhaps the next time I visit my best friend, I will find yogurt in any corner store I enter. 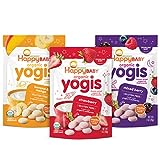