Who Was the Best President?

Polls That Rank the Presidents

Some time ago, I posted an article that asked, "Who was the worst president in American history?" Most people I've seen lately on television and on social networking websites tend to choose either Barack Obama or George W. Bush. Some blame everything bad in America on the foibles of one of these two men. They argue either that Bush gave the country away to corporate interests or that Obama is trying to make us a communist nation. I argued that it is not yet possible to understand the ramifications of the activities of these men, and that it probably won't be for quite some time.

There are actual polls from time to time that attempt to rank presidents in order from best to worst. As the previous hub noted, US News and World Report produced one of these polls regarding the worst president in US history. C-SPAN also did a poll back in 2009 that attempted to rank the presidents, sans Obama because he had just taken office a few weeks prior. Both polls came to a similar conclusion. James Buchanan was the absolute worse president in US history, and Andrew Johnson was not too far behind.

The Best President Ever? 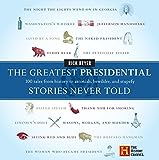 Abraham Lincoln Was the Best President

The C-SPAN poll of 65 historians mentioned above named Abraham Lincoln as the best president in US history. Honest Abe frequently turns up near or at the top of these types of lists. Also in the top 5 were George Washington, Franklin Delano Roosevelt, Theodore Roosevelt, and Harry Truman.

George Washington is a no-brainer for this list. As the first president in US history, GW was not just first in war, first in peace, and first in the hearts of his countrymen. He was a major trend setter when it came to the presidency, because literally everything he did set a precedent for the future. While the Jeffersonian Republicans began some machinations in the background of the Washington administration, George Washington remained very popular throughout his presidency.

One very interesting thing about two of the men on the list is the massive amount of unpopularity that they had while president. Abraham Lincoln's election literally helped tear the nation apart because some Southern fire-eaters complained that the Northerners who wanted to do away with their way of life had succeeded in electing a "sectional president." During the war itself, it was not clear that Lincoln could get re-elected before a string of Northern successes. Prior to the success at Atlanta and a few other battles, it looked as though George B. McClellan might become president on a peace platform.

Lincoln would not rest until the restoration of the Union. He did not exactly support civil liberties during the war. He greatly expanded the power of the federal government. Despite these major areas for criticism, Lincoln did what was necessary under difficult circumstances to win the war. This single-minded propensity to stay the very unpopular course made Lincoln a great leader.

Truman was another president whose stock has risen in recent years. It is hard to forget the Chicago Tribune image that declared "Dewey Defeats Truman." Most people thought he had no chance to win, but he did. He was quite successful after being thrown into the job after FDR's sudden death near the end of World War II in 1945. Truman adapted well to the job after having little knowledge of what was going on before he ascended to the position.

Presidents who were not terribly active in exerting their authority tend to rate poorly on the list of the best presidents. Take for example Buchanan. South Carolina decided to secede before he left office. While he did not believe that secession was a legal option, be did not do anything to stop it. Many people also consider Herbert Hoover a poor president because they perceive that he did little to alleviate the problem of the Great Depression.

FDR and TR were cousins and they also rate highly among the best presidents in US history. Both took an activist role in American society. Theodore Roosevelt was one of the more imperialist-minded presidents, and Franklin Delano Roosevelt attempted to improve the plight of people during the Great Depression and directed the massive national effort during World War II. Neither sat on his laurels and merely waited for Congress to act. This leadership frequently draws the ire of many libertarians who despise an active national government.

Who Was the Best President?

Who Was the Best President

Here is my top 5 presidents of all-time, with my reasoning. Obviously, it is not a scientific study, but most of these presidents are thought of fairly well.

1. George Washington--he set a high bar for those who followed him. His "Farewell Address" was very prescient, even though recent presidents have taken little to heart.

2. Abraham Lincoln--preserved the Union in spite of those who wanted to break it up.

5. Dwight D. Eisenhower--was a forward-thinking president who gave us the interstates and warned of the Military Industrial Complex.

If leaders had listened to forward thinkers like Washington and Eisenhower, the nation would probably be in much better shape.