Why Are American Workers Made to Stand All Day? 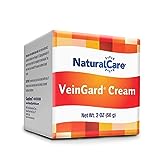 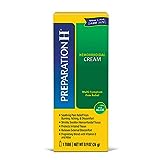 Unemployment could be halved...

With rising unemployment rates and poor working conditions for many of those fortunate to have jobs, the overall morale of many working class, and middle class, American citizens and residents, is at an all time low. While it could be said that spending on all levels of budgets has decreased dramatically due to economic crisis, how much of this lack of faith people have in their country, and rising unemployment, could have been prevented by simply bettering the conditions of the workplace? Perhaps the millions of unemployed could be halved if certain restrictions on employment law within individual corporations were amended, or even lifted.

Each year, companies fork out millions of dollars to employees taking paid time off, (PTO) - many of those days being taken due to illnesses that could have actually been prevented by the employer/company. Back pain, knee pain, hemorrhoids, varicose veins, foot pain - even certain heart problems; every single one of these could be better managed, and cost companies far less in PTO plans, and health insurance premiums, by simply allowing for more comfortable working conditions.

"Employees should stand because it 'looks' better..."

How many times have you been in the grocery store, the supermarket, or some other kind of retail outlet, and noticed the distinct lack of seating for the employees that work there? If you were brought up in America, then chances are it's not something you've ever really given much thought to - unless you are one of the thousands of people every day who suffer with chronic back pain, knee pain, hemorrhoids, varicose veins, and even certain heart problems, all because of the job they're in.

It is an antiquated belief that workers are not as productive when sitting down to do their job - if that were true, then administrative staff, receptionists, and all other variables of officer workers, would be lazy and incompetent. And do YOU personally care whether the person serving you at the cash register is sitting or standing, as long as they're quick at doing their job? In Britain, and other parts of Europe, it is law that employees be given the option to sit to perform their job, and companies across the pond are certainly no less profitable just because their cashiers have a stool to rest on when they need to!

In European supermarkets and grocery stores, the people at the cash registers/checkouts have swivel chairs on wheels, allowing them freedom to continue their work whilst sitting, (ironic considering that ASDA in the UK is owned by Walmart!). They are still perfectly capable in swiping your purchases across the scanner, and helping you bag your items (something else in Europe that is not mandatory - employees may offer to help you if you are struggling with packing your bags, but as a rule, it is not their job to pack your groceries for you, and quite rightly so!)

The mind set of corporate America is one that is very difficult to understand or tap into. One has to wonder whether those responsible for making the decisions about store workers, have ever actually been in a job of that type themselves, where you are forced to stand for hours at a time. It isn't too difficult to see that an employee whose back, legs and feet are hurting , is much less likely to be attentive to customers than the employee who isn't as tired and isn't in as much pain, because they were allowed to sit if they chose to.

The lack of unions, especially in 'at-will' employment States such as Texas, could be to blame for this unfair treatment of lower-end workers. With no one to speak out for the workforce, there is little than can be done to bring corporate America's attention to the 'little people' - or more accordingly, the people who work for the money that is in the 'big people's' wallets and paying for the big, comfy leather chairs that seat their lazy bottoms! 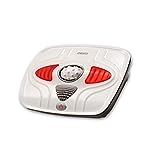 A tired employee is an unproductive employee!

Perhaps it is time for the government to look closer at the unskilled working environments, and actually pay attention to how much money would be saved each year on things like, workers comp, unemployment benefits, Medicaid, and other health insurance claims, if there was a law to protect those of us who aren't fortunate to work for a company that cares about its employees well-being. And someone should point out to some of the managers and presidents of supermarkets and grocery stores such as H-E-B, and Walmart, that by providing their staff a chair or stool to sit on, in the long run, the staff will be less tired, less likely to take days off sick, and certainly more attentive towards their customer's needs, than someone who has been standing all day, and can think only of how long is left until their shift ends.

Companies make no exceptions, either - not even for heavily pregnant employees or those with disabilities, so compared to their European counterparts, it would appear that employment in the US is somewhat uncivilised to say the least. No one is suggesting that we all spend 8 or so hours per day on our keisters, though! A job which involves sitting all day can prove to be just as damaging to your health as standing for hours at a time, but it would be nice to be given a choice, wouldn't it?

Should Employees Have The Option to Sit While Working?