Why President Barack Obama is the most Scrutinized and Insulted Ever

Let’s be honest, every President has had to deal with name calling, mudslinging, slandering, lies, twisted quotes, etc. but it seems to have really gotten out of hand with our forty-fourth President, Barack Obama.

I have not had enough of an interest in politics to remember all of the Presidents that have served during my lifetime. My interest in politics did not grow until the late 1990’s when I started to have opinions regarding the positions of the two candidates running for President. That election placed the sitting Vice-President Al Gore running as the Democratic nominee against the Republican nominee George W. Bush.

Personal feelings aside, that election was my first taste in what American Politics were all about. The negativity and gamesmanship was a little bit overwhelming for a political novice like me.

I did what any prospective, young, voter was supposed to do. I listened to what the candidates had to say on the issues that I felt were important to me and my young family. Truth be told I didn’t resonate with what George W. Bush stood for so I voted for Gore, obviously my guy didn’t win. I had no hard feelings towards the whole experience; I mean someone had to win and someone had to lose, that is how elections work.

After the 2000 election questions were raised about some problems in Florida regarding the votes that were counted and ones that were not, as well as some citizens that were obstructed from getting to a voting place. I don’t want to get into all of the details, because that is not my point, but long story short a lawsuit was filed. The lawsuit went all of the way to the Supreme Court before they ruled in favor of George W. Bush and validated him as the next President.

Questions were still present about the Florida voting problems and the comedians had a field day with the whole hanging chad thing. After a short time-frame this whole incident was swept under the rug, politically. There were no groups of people assembling to protest are there certainly was no political movement screaming about how people were wronged.

Back to my point that Obama has been the most scrutinized and insulted President that I can recall. As we approach the end of his first term the controversy seems to only be growing. 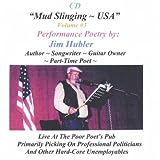 Do you feel that political ads are too negative?

The ‘birther’ movement has always claimed that he was not born in Hawaii when documentation states otherwise. The US Supreme Court has actually rejected lawsuits questioning the President’s citizenship; this would be the same court that ruled in favor of George W. Bush. Now a well-known Sheriff in Arizona has rekindled the controversy.

The name calling has also seemed to be extraordinarily high for a sitting President. Sure George W. Bush and Bill Clinton were called many different things. Clinton’s sex life was the brunt of many jokes as was Bush’s made up words and interesting twist on the English language.

For Obama it has been especially hateful and vindictive. He has been compared to Adolf Hitler and other not very nice leaders in world history. Many of his positions and policies have received labels as socialism and spreading the wealth others. Some criticism has been made regarding his race but I really hope that those parties are in the minority because there is no room for racism, period. His religion has also come under fire. Maybe it is because his name isn’t Jones or Smith, I don’t know but labeling him as a Muslim isn’t accurate.

The latest attack kind of motivated me to put this together. An outspoken Conservative named Andrew Breitbart recently passed away; Breibart was only forty-three years old. The initial cause of death has been disclosed as natural causes but for some people this excuse is unsatisfactory. Rumors and conspiracy theorists are alive with all of the reasons why Obama, or his supporters, had Breibart taken out or silenced because of his stance against the President.

Isn’t this all getting a little bit out of control? Obama has been labeled so many things and now he is supposed to be a gangster taking out his competition or conspiring to commit murder? I’m assuming people think this because he came from Chicago right?

Don’t get me wrong, I’m not knocking anyone who doesn’t agree with the President and wants to see him lose the 2012 election; that is your right and you are most certainly welcome to feel that way. I just wish people would oppose him for his positions on health care, taxes, spending, etc. instead of his race, religion, where his dad was born, his teleprompter use, where he chooses to vacation, how a relative obtained a visa or how he "helped" to get a guy whacked.