Why Ron Paul will never go any further than U.S. Congress.

The look of reason, or of insanity? 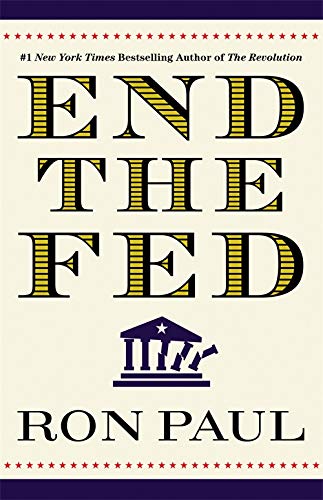 Do not believe this nonsense!

Part of it is his message and ideas, part of the problem is his supporters!

I want to start by saying I have listened to Ron Paul many times and have considered his views. I have no personal ax to grind at all. The only reason I wrote this is because I am involved politically and have had to listen to many of his followers complain about him not being nominated for president. The following may be hard to read and harder to except. Please understand that it is meant to be helpful.

Let's first start with the typical Ron Paul supporter. They tend to make absurd comments like "Ron Paul is the only person in America that understands the Federal Reserve", "He is the only person that understands US Constitutional Law". He is the only one in American that is able to write a financial policy for this country" and my favorite, "He is the only person who can lead our country out of this current mess". Folks, people do not listen to this kind of radical talk and absolutism! It is down right scary to anyone who knows world history. It never works well. What is worse is that is the fact that many will lie for Mr. Paul. When good people who don't normally lie, start doing it for someone else, there is something wrong. What are they lying about? For starters, how well Ron Paul is doing. In an email/Facebook poll, one of his supporters said this-" I am a big fan of Ron Paul. If the media would start reporting correctly that he is winning almost all of the straw polls and is at worst, 3rd place in the popular polls, we might have a chance of him winning." That is a very untrue statement and was made this week in the middle of October! Ladies and gentlemen, The top 3 spots in the popular polls are taken by Herman Cain, Mitt Romney, and Rick Perry! At worst Ron is third in the polls? No! At best he is fourth in the polls! Their statements are not factual! His followers have been purposely misleading people for years, and that turns the voters off immediately. As far as the straw polls go, Ron Paul won a California straw poll, a month ago, and 2 weeks ago he won a values straw poll. How in the world is that almost all of the straw polls? Were the Ron Paul fans asleep when he came nowhere near winning Michigan, South Carolina, or Florida and lost Iowa? He isn't even winning the Tea Party Straw Polls! That type of blind worship of another, that causes one to lie or become delusional, is not healthy.

And now, just this week, the semi-famous singer song, Arlo Guthrie endorsed Ron Paul. First of all, who cares what singer endorses who? I don't! Christie endorsing Romney, and Reagan's Cabinet Members, Koop and Laffer endorsing Cain means something, but a singer? Besides here is Guthry's statement " Ron Paul is the only candidate in this race that would have signed the U.S. Constitution if they were all alive back then"! The fact that Paul didn't stop that tells me that he is not in this to win this! No one should be making such crazy and untrue statements.

His supporters also say that Ron Paul is the first Republican Congressman that supported Ronald Reagan. Not only is that a lie, but Ron Paul wrote, then President Reagan, and told him he was going to quit the Republican party because of Reagan and his left wing policies, and went on to call Ronald a liberal! Statements like that make him look ridiculous and unnecessarily cantankerous. Many of his supporters also are known for pointing their finger at you and telling you to read the constitution. I have read it and have seen it in D.C., and no I don't like it when someone I don't know pokes me in the chest and tells me I should "shut up" until I read it! No one does. Note to Ron Paul supporters...you are not winning people over! That behavior never will. Note: Ron Paul actually is the ONLY Candidate to Not win a state or make his taxes public.

Ron's message- I recently got an email from Ron Paul stating" I have delivered over 4,000 babies and am the only Republican running for President that is pro-life" What? Herman Cain, Michele Bachman, And Rick Santorum have never waffled on that issue... Ever! That is crazy! Besides, I do not like his soft stances on foreign affairs. Where do I agree with him? I agree with auditing the Federal Reserve and eliminating it, as well as shrinking the size of government. What I do not like is that he constantly swats at people rather than laying his plans out. If he hates fellow Republicans the way he seems to, why doesn't he quit the party? Simple, he is a career politician that has enjoyed a government paycheck for over 30 years, and would lose it if he ever left the GOP to become a registered Libertarian. Do not get me wrong, he earns that check and is valuable in Congress. I just do not see him becoming President.

What do I think of Rand Paul, Ron's son? I see him as a common sense, no nonsense Senator who will make it to The White House someday. Rand took on the status quo in an effective and memorable way, to win a U.S. Senate seat.

To wrap this up, we must remain teachable, but able to think for ourselves. I favor someone in the 2012 race, but he does not think or speak for me. Do your homework, and please pray for our nation!

UPDATE- Just today at the Republican Convention, the Ron Paul supporters were screaming at the top of their lungs. Paul has won no states and will NOT be the nominee!. But, his supporters don't care, they just want to disrupt and make noise. I'm sorry but that is quite insane.