Unlike today,in the past,women did not have rights and there were various things that women were not allowed to do.The timeline below shows the major events in the development of women's rights and the year in which women obtained or were denied their rights in various areas such as education,medicine among others.

1718- Gender segregation was banned in Russia while in Sweden women who were taxpaying members of the cities guild were allowed to vote and stand for elections.However this right to vote was banned in 1758 and 1771.In the same year ,in the province of Pennsylvia.married women were allowed to own property in their own names incase their spouses became incapacitated.

1722: There was a ban against force marriages in Russia 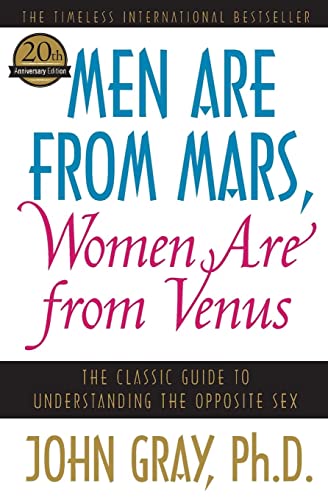 1809: Married women in Connecticut,USA, were allowed to execute wills.

1810: The Sweden Parliament confirmed the informal right of an unmarried woman to be declared of legal majority through royal dispensation.

1821: Marrie women in Maine, USA, were allowed to own and manage property in their own name incase their spouse became incapacitated

1827: The profession of becoming a school teacher was opened in Brazil. The first elementary schools for girls was also opened.

1829: Sati was banned in India while in Sweden midwives were allowed to use surgical instruments.

1833: Oberlin College which was the first co-educational university was opened in Ohio,USA.In Guatemala, divorce was legalized .

1835: In Arkansas,Massachusets and Tennessee,USA,married women were allowed to own and manage property in their own names incase their husbands got incapacitated.

1839: Divorced mothers in Great Britain were for the first time granted custody of their children.In Mississippi,USA, married women were granted the right to own property in their own name.

1840: In Texas and Maine,USA.Married women were allowed to own property in their own name

1841: The first secular girls school In Bulgaria,made education and the profession of teacher available for women.

1842: There was compulsory Elementary school for both sexes in Sweden

1843: Married women in Kentucky, USA, were allowed to own and manage property in their own name incase their spouse became incapacitated.

1845: Sons and daughters in Sweden were granted equal inheritance in the absence of a will while women in New York were granted patent rights

1846: Unmarried women in Sweden had trade and crafts work professions opened for them

1847: Elementary school was opened for both genders in Belgium.In the same year,the first high school for girls and the teaching profession was opened for women.

1850: Elementary schools were opened for both sexes in France,but girls could only be tutored by teachers from the church.In Iceland boys and girls were given equal inheritance rights. In Oregon, USA, unmarried women were allowed to own land.

1857: In Maine USA, married women were granted the right to control their own earnings

1858:Russia create a gymnasium for girls

1864:In Sweden husbands were forbidden to abuse their wives and the gymnastics profession was opened for women.

1869: Arabella Mansfield from USA became the first woman to enter the practice of law.

1895: Women in upper Canada were allowed to work as barristers. A Women's medical university was also opened in Russia, which opened the profession of physician for women

1901:In Sweden women were given four weeks maternity leave.

1924:Denmark had the first ever female minister in Western Europe is appointed where Nina Bang became appointed Minister of Education

1754: There was the first ever female Doctor who is Dorothea Erxleben

1771: Husbands in New york had to consult and have permission from their wives before selling property

1774: Maryland,Husbands had to consult and have permission from their wives before selling property

1776: Women from France who were tailors were allowed to join the guild of tailors

1778: In Sweden,unmarried were allowed to leave their home towns and give birth and register birth anonymously.They were also allowed to have their unmarried status not mentioned in documents which were official so as to avoid social embarrassment.

1787: Unmarried women were allowed into the trade profession in Massachusetts

1789: France became the first country in Europe where there was a suggestion that women be in the Assembly of Estates.There were several demands to have women included in the reforms of the right to vote.

1791: Women in France got equal rights to inheritance.This was however abolished in 1804

1792: Divorce was legalized for both sexes in France.However, this was abolished in 1804.In the same year,local women units of defense army were founded in various cities in France,even though women were not officially allowed to join the military