Why Xenophobia? Why Now?

"...South Africa belongs to all who live in it ..." The Freedom Charter, adopted by the Congress of the People in Kliptown, Johannesburg on 26 June 1955.

"Thus in South Africa now it is very expensive to be poor. It is the poor people who stay furthest from town and therefore have to spend more money on transport to come and work for white people; it is the poor people who who use uneconomic and inconvenient fuel like paraffin and coal because of the refusal of the white man to install electricity in black areas; ... it is the poor people who use untarred roads, have to walk long distances and therefore experience the greatest wear and tear on commodities like shoes ..." Steve Biko (1973): "Black Consciousness and the Quest for a True Humanity" in Basil Moore's book Black Theology: The South African Voice, London: C. Hurst & Co.

"The society of money and exploitation has never been charged, so far as I know, with assuring the triumph of freedom and justice." - Albert Camus: "Bread and Freedom" from Resistance, Rebellion and Death, London: Hamish Hamilton, 1964 .

The rise of xenophobia in South Africa is threatening the country's hard-won democracy and the reasons for it are not always clear, and certainly the politicians are not taking it as seriously as they could. 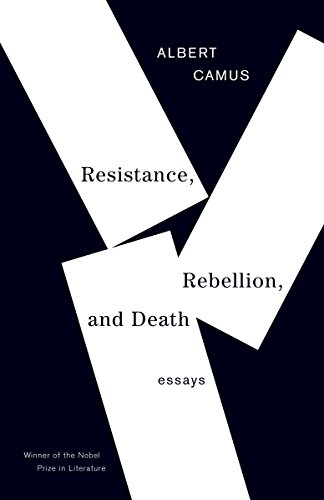 "To give the world a more human face"

In the past two weeks there have been horrifying incidents of violence perpetrated against foreigners in various informal settlements around South Africa, mainly in the densely urbanised Gauteng Province. At the time of writing more than 40 people have been killed and tens of thousands displaced. The army has been called in to help re-establish order.

How has it happened that the beautiful "rainbow nation" has descended to such brutality and ill-discipline just 14 years into our fragile and wonderful democracy? How is it that a cultural tradition of centuries has been forgotten?

The tradition I mean is that of welcoming the stranger in our midst, of giving him or her succour, of treating him or her as part of ourselves. When the ships of the European explorers began rounding the Cape in search of the passage to India there were obviously shipwrecks and some survivors, crew and passengers of these precarious ships, came ashore. There are many tales of the welcome they received from the local inhabitants. Maybe not all, but at least some, enough to make an impression, were received, not with hostility, maybe with some apprehension, but by and large with generosity of spirit.

South Africa, in moving from the oppressive apartheid state to a modern, democratic and open society, did so without the convulsive violence of revolution, and the transition to the constitutional democracy envisioned by the Congress of the People back in 1955 was often described by commentators as "miraculous" in the days after the great 1994 elections and the installation of the ANC-led government under struggle icon Nelson Rolihlahla Mandela.

Of course it was not a miracle, it was a hard-won victory which had cost many lives and much pain. But at least the violent overthrow of the apartheid regime was avoided by the Codesa negotiations and the resulting elections.

But while that was in the main good, it has left many of the conditions spawned by the decades of apartheid and the centuries of colonial exploitation untouched. Indeed, the conditions Biko wrote about it being "very expensive to be poor" still obtain for so many people in South Africa. The patterns of exploitation have hardly changed and people still suffer immense, intolerable hardships. This despite some very heroic attempts by government to eradicate poverty. And the reasons for this are not too difficult to discover. In the past few months a number of companies have been charged with price fixing and collusion - notably some food producing companies, chief among them being the companies producing bread and maize meal, staples of the poor peoples' diets. So once again the poor are paying for the profits of the rich.

In the South Africa of 2008 the rich are very conspicuous by their opulent lifestyles. A big difference is that say 20 or so years ago the rich were almost exclusively white, they are now representative of all colours in the rainbow nation, although still skewed to the white side of light!

The ANC and its alliance partners the South African Communist Part and the Congress of South African Trade Unions (Cosatu) have been, in my view, too caught up in their internal squabbles to really listen to the poor. It seems that even revolutionary parties and formations, once in positions of power, focus more on maintaining their positions than on the people and causes that got them into those positions.

The government has become too isolated from the people, and this has been seen in its response to issues like the incorporation of Khutsong township into the North West Province, which was strenuously opposed by the residents of the township but forced through by Government, it seems in pursuit of neater provincial boundaries or something. The feelings of the people, their real experience, were seemingly ignored. The violence that erupted over this was a sign of the anger of the people, as were the many "service delivery" protests that have been seen around the country over the past few years. Some of these have been very angry indeed.

And still the government did more to allay the fears of the capitalists than to listen to the people. And when the people were listened to it was somehow misdirected, as in the recent remarks by Deputy Minister of Justice Susan Shabangu in her now-celebrated "shoot to kill" call. This was during a meeting on crime and her remarks were greeted with a standing ovation.

A very worrying aspect of her remarks, especially in the context of a country where so many people are so angry, were her reference to the Constitution which she seemed to be denying:"The constitution says criminals must be kept safe, but I say No!" As a Minister and as a Member of Parliament she has taken an oath to uphold the Constitution of the country, not to deny its application to certain people. This is a constitution for which many, many people fought and died, it not something to be taken lightly. And it is a great constitution which should be upheld by everyone. But what kind of an example is the Deputy Minister giving by that remark?

Her other remarks were also worrying, especially this one: "I won't tolerate any pathetic excuses for you not being able to deal with crime. You have been given guns, now use them.

"I want no warning shots. You have one shot and it must be a kill shot. If you miss, the criminals will go for the kill. They don't miss. We can't take this chance."

In a country seething with anger at conditions which many perceive to be no better than they were under apartheid, such remarks are incendiary and seem to give licence to people to ignore the rule of law and take the law into their own hands.

This was highlighted in a statement by the South African Human Rights Commission: "These remarks can only be described as inciting, disparaging and dismissive of the rule of law. The Commission would like to challenge deputy minister Shabangu to prove that her utterances are consistent with her sworn oath of office."

Meanwhile people continue to be driven out of their homes and killed, there is looting and barricading of roads in poor areas. These actions are labelled "xenophobic," but I think they are more about anger at the continuing gulf between the rich and the poor, the continuing lack of delivery of basic services to the poor and the seeming bias of government in favour of the rich, in spite of some encouraging actions like the prosecution of price fixers.

The foreigners just happen to be soft targets in the wrong place at the wrong time. And when the supposed representatives of the people are perceived to be not listening to their constituents then someone must be made to pay.

Its a truly tragic situation. And the solution will not be found in taking positions, in setting up commissions of enquiry, or even in sending in the troops. Unfortunately the solution is going to be slow and tedious and lacking in glamour or glory. Its going to be hard work and sacrifice. Its going to mean looking at exploitation directly and dealing with it.

And these are things not in favour with the Gucci crowd, with the drivers of 4X4s, not even discounted ones. Because maybe they will have to get their precious 4X4s dirty on the untarred roads of the townships, never mind their hands dirty with building a lasting peace based on justice and equity.

We need to find again the welcome for the stranger, the place in our hearts for peace and a passion for justice. Not to disregard the constitution for any reason at all. We need most of all to listen to each other, not to shout at each other across the barricades.

Almost 40 years ago Steve Biko wrote: "The great powers of the world may have done wonders in giving the world an industrial and military look, but the great gift still has to come from Africa - giving the world a more human face." Today that hope doesn't look too realistic, somehow.

And yet it is still a hope I cling to.