Abortion: No Sin Without Religion

A look at how views on abortion have changed over history and why.

I was sitting in a class today and somehow we got onto the greatly controversial subject of abortion which brought out some adament for and against arguments about womens rights and labelling it murder and wrong and evil etc. I pointed out that it has been around throughout history and accepted in many civilisations as an every day occurance which got me thinking, what's changed? I know there are many reasons that abortion is considered necessary today ranging from age of the parent, rape, money to gender preferance but I was more interested in the general attitudes of society. There could many reasons for this subject to become controversial including societys attitudes and tolerance towards violence and murderer, the influence of religion or even the state of the population today.

Looking at history I saw that evidence of infanticide dates back to the neolithic times where groups used it to control their numbers so the land upon which they lived could support them. In prehistoric times skeletons of hominid children that had been cannibalised where found with a estimated rate of 15% - 20% of births. In Paleolithic times an estimated 50% of female babies were killed, a trend that has survived even today in Asia especially China where there has been a 'one-child policy' since 1979. The Incan's belived in child sacrifice over in Mesoamerica and this was also practiced by the ancient Babylonians to their goddess Ishtar, Phoenicians, Canaanites, Moabites and Sepharvites offered their first-born as a sacrifice to their gods. The Syrians, Cathaginians, Southern Americans, Africans and Asians, to name but a few, all killed unwanted or defective children. The Pelasgians killed every 10th child giving us the word 'decimate'. Now child sacrifice is a world away from abortion but it shows the mindset of these people, killing was a part of life, of survival.

Germanic tribes and the ancient Greeks and Romans practiced a form of abortion called exposure which left a newborn out alone to fend for itself and thus die. Roman law insisted that a visibly deformed child be put to death. Many female children were killed as a male was prefered, the Roman patriach made this desicion. In Sparta the desicion to expose a child was given by the city elders, any deformities or disabilities that would stop the baby from becoming a soldier and productive part of society meant death was imminent. Hippocrates himself described methods of abortion and even in the medieval Islamic world there are texts describing such methods. We can see from this that the taking of a childs life was no more controversial than putting ketchup on chips so what changed?

The answer to this question from what I can see is religion. Times were allegedly more brutal in history but as a society that bases most of its film, media and art on murder, violence and crime we are merely watching the equivalent of the gladitorial games on a large screen so it's not due to lesser brutality. The population is not in danger of starvation and we have the means to support disabled and unplanned children both financially and medically so it's not due to survival needs of our population. I find it interesting that the ancient Egyptians never practiced abortion or infanticide, it was against their religion and so I believe it was the appearance of Christianity in 400AD that changed our views. Children were baptised shortly after birth making them a part of the christian community and it was taught that even an unborn child had a soul and thus it was a sin to abort them. With the rise of christianity the idea of killing a child born or unborn became terrible and taboo. It seems the attitude of 'anti-abortion' is based on theology rather than the idea of 'pro-life' as that would surely look at many aspects such as potential upbringing, the size of the population, the condition of the earth and atmosphere and use of fossil fuels. The world barely sustains the population it already has and isn't in dire need of higher numbers. 66% of people in the UK agree that women should have the right to abort. Religion in the UK is on the decline and is slowly loosening its grip on todays society. "Less than half of the British people believe in a God, yet about 72% told the 2001 census that they were Christian, and 66% of the population have no actual connection to any religion or church." Is there a direct corrolation between religion and views on abortion? I think so. 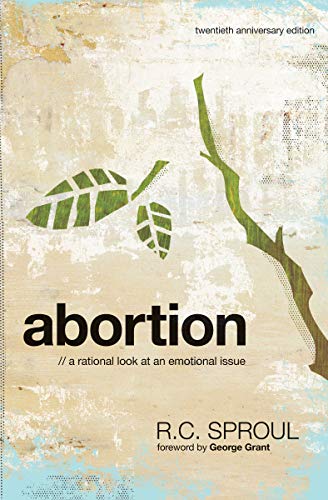