Forced In An Arranged Marriage

THE BOND OF LOVE:

Not all marriages are made in heaven. Some are made by ordinary mortals on this very worldly earth….carefully arranged with precision and detail by men playing god. There is nothing heavenly about these unions: they're the outcome of calculated match making by families too entrenched in tradition and culture to heed the protests of their own children….or the quieter voice of reason. It’s a hard tradition, rotting at the core….yet countless young dreams are broken against it’s sharp unrelenting edge. And each time, love stands in the corner… weeping silent tears.

For a western mind, this is an unimaginable concept. Even harder to accept is a culture where family is the ‘last word’ on everything, where most kids live with their parents even as adults; where they rarely if ever, have sex before marriage, and usually marry according to the will and wishes of their parents! They call it an arranged marriage…emotionally blackmailing their children into a match for their ‘own good’…. but what they’re really arranging is a form of legal prostitution. With their blessings... to justify it.

Like a film, the scene plays itself out in endless similar stories:

The girl sits on her wedding bed, with it’s strings of roses, and tries to calm her shivering limbs. The burden of her new life weighs heavier than the gold worked dress she's wearing. The red brocaded silk hugs her soft breasts, gently enhancing every curve in her virginal body.

Her skin still smells of sandalwood and rose water that is ritually applied to brides for a month before the wedding day. Her rich dark hair, braided into a long mane, rests on her delicately rounded hips; intricate henna patterns are drawn all over her palms and feet. Decked up in jewelry and make up, it is easy to mistake her for a woman in her 20s, not the mere child she is at 17!

A thing of beauty she is. Exquisitely put together....for all to admire. Like a tasty dish ready to eat. Or cattle - for that is what she really is, except she's too young to understand. Painted and marked, like an animal put up for auction at the local fare. With a price on her head. And a dowry to go : Virgin, young, educated….and in between the lines: two legs under her that won’t bolt if whipped into obedience. Available for fucking, cooking, cleaning when and as you please. A solid uterus good for child bearing, hopefully sons!

In a country, where women living independently is unheard of, she is yet another girl forced into marriage to ‘absolve’ her parents of their responsibility. Twelve years her senior, her husband to be, comes from a superior, richer family, and is thus an ‘ideal’ match for a middle class girl like her. Other girls from well off families and better looking than her, have more options, but she has no such luck, and hence, no reason to complain either!

She’s been 'allowed' to talk to this man briefly only, a few weeks before the elaborate wedding festivities began, and that too from a distance crowded with a sea of curious relatives. The whole ‘match’ is done through elders in the family, often over gifts, dowry offers, and a thorough scrutiny of the girl's credentials, after which the marriage documents are brought for her to sign. No one heeds the sobs breaking through her body; no one really cares: A minor hitch in the smooth bargain….!

Like a hunted animal cornered after a chase...ready for the ‘kill’… she knows there is no escape for her. And obediently, she resigns. A few awkward fumblings, and her husband’s body is on top of hers forcing into her dry unwelcoming insides. Their eyes meet and it’s as flat and dull a moment as any between two strangers with nothing in common.

Years later, with a couple of children down the road, an affection of ‘compromise’ and convenience will grow between them. Never having intimately known another partner, nor given a chance to, it’s the Asian counterpart of love. If she tries hard enough, he might even turn into the man of her dreams one day - and she the girl of his.

Countless marriages carry on in this dull monotonous way. Like a habit difficult to acquire initially, but slowly amounting to marital bliss. Almost like animals getting used to their cages....slowly developing a fondness for it. While prior sexual inexperience helps to cement the bond perfectly!

Meanwhile, complacent parents smile at each other over sweet meats and dowry settlements, appreciating the wisdom of their decision. After all, where would love be without some control and direction? Yes, another successful match…like a medal around their necks. And a noose in that of love’s....

SOME AMAZING BOOKS ON ARRANGED MARRIAGE: 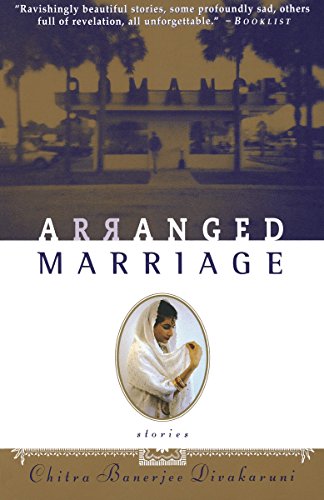