Was the Moon Landing Faked?

On 20 July 1969 man worked on the moon? Or did he, ask those that believe that the moon landing conspiracy and that the landings were faked. That just intrigues me - how can intelligent people dismiss humanities greatest achievement - as a fake? After all it was just Buzz Aldrin and Neal Armstrong, but a total of 12 men walked on the moon between the first lunar landing with Apollo 11 in 1969 and the final landing of Apollo 17 in 1972?

But why are there people, mainly in the US and Cuba who believe that the entire Apollo mission was somehow faked? Well the Cuba one is easy - its taught in school, according to Wikipedia! Castro faced down the American's during the Cuban missile crises - the moon landings were the biggest American win of the cold war. Cuba is in denial - and will be until the regime there moves on.

The American's who consider the Moon landings a hoax I find a lot harder to understand.
The politics of the time are easy to understand - after all the reason that man walked on the moon is quite straightforward - the USSR/US Cold War which was at its height in the 1960s.

John F Kennedy declared that "we will walk on the moon before the end of the decade" not to advance science and technology, though both happened, not to feed the human need to explore "strange new worlds", though it did. Kennedy didn't want men on the moon - he wanted American men on the moon - and before the Russians - and he won, pure and simple. (Oh and no I am not being sexist - this was all about men on the moon, not women, gays, Hispanics or blacks - white American men - the minimum requirement was to be a USAF test pilot - guess how many non white men were in that elite corps?).

Moon Landing Conspiracy - Just Another One?

Why The Moon Landings are not a Hoax

America is the home I think of conspiracy theories - well in the free world anyway. I imagine a lot of Russians doubt that American's walked on the moon- but you can understand that from a propaganda point of view.

But why do Americans have so little trust in their own government? Don't get me wrong I don't trust my government either - particularly when they say I have to pay higher taxes! But this is at a different level entirely. There are plenty of Americans who believe in Creationism, UFO's, American GI's still captive in Vietnam and Global Warming - so its not like they don't have faith! So why argue about the reality that man walked on the moon?


There are many billions of electrons wasted in the spurious arguments of those who think the moon landings were faked. I am not rehashing them here - I've linked to the authoritative sites, but reading those sites the common thread appeared to be a basic lack of scientific knowledge and physics - being off Earth changes everything - and people have problems with their world view being challenged.

Perhaps its just so far away from reality of the day-to-day that's its too hard to understand? The early Portuguese and Spanish explorers had problems with mutinies - because crews thought they were being sent to their deaths because the world was flat and if you sailed to far west they would fall off it.

The pioneers of physics were persecuted and ridiculed because the said the earth moved around the sun instead of being in the centre of the universe with the sun and stars rotating around it!

You do believe that the world is round and that the sun rotates around it? Why - because you have flown all around the world? I have, but not everyone has - but I'm yet to see any conspiracy that says the world really is flat - or am I missing something? There doesn't even seem to be a debate that the earth moves around the sun - but have you been to the sun - are you sure? 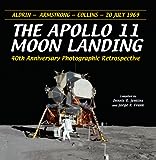 Yes we did - for me there are two absolutely definitive pieces of proof:
12 men in total have walked on the moon - some of them have since died - not one of home has ever been confused about whether they left the Earth or not!
Moon rocks - OK I am a geologist - but the analysis of the lunar rock specimens, undertaken around the world, not just at NASA or even US research organizations, are definitely and distinctive composition than any terrestrial rock that has been analysed.

Why Are the Lunar Landings Humanities Single Biggest Accomplishment?

Because we are explorers as a race - human societies who look inwards eventually stagnate and fail - think China in the nineteenth century or Russia in the same time period. The societies that succeed are the ones that "boldly going where no man has gone before" Portuguese exploration of the world in the 1500's, the development of the British, French and Dutch Empires. The exploration by English of new continents which saw the development of the US, Canada, Australia and New Zealand.

I don't think that spirit of exploration is dead, yet, but it seems sadly lacking in recent years. We haven't been back to the moon in 40 years for a very simple reason - we haven't wanted to enough. We haven't had the desire to go and pay for the missions to go. But the spirit lives on - we still flock to movies such as Star Trek 11 - maybe there is hope - I hope so. Meanwhile I have to go back to work - I need a bigger than average retirement fund to pay for my seat on the first commercial moon flight!