Angeles was born and lives in Spain. She likes to know about other cultures. The same way, she writes from time to time about her country.

I have to say 'thanks' to the internet; thanks for allowing this international communication. In fact, I had, and still have, the opportunity of meeting people from several countries, mainly due to the fact that I teach Spanish online.

And during all this time, I've been trying to let people know about my country, culture, language, etc. By the way, I've also read and heard about some "clichés", some of them funny, about Spain and Spaniards.

One of them, maybe the one that really "impressed" me was that...

I understand some people connect the concept of "Spanish" language with "Spain" and, as Spanish is spoken in South / Central America, they associate it and think Spain is located in America. No need to say we, Spaniards, are in Europe (South of Europe, to be exact). Oh, did you know Spain is also known as "The European Florida"? Not only because retired people from other European countries come to live to the South of my country! I am the first one thinking about moving to the South of Spain when I'm retired! The South of my country is much more warmer in winter, although they can reach high temperatures during Summer time! 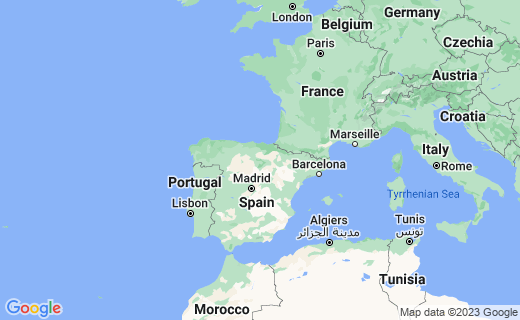 2.- One of the most typical dishes in Spain is... burrito!! And what about the "tortilla"?

Oh, no. Well, we, Spaniards, love Mexican dishes. In fact, there are a lot of Mexican restaurants and chains in Spain, but the "burrito" is not typical from my country.

On the other hand, if you tell someone about the "tortilla", that's not the Mexican one. "Our tortilla"'s ingredients are potatoes, eggs and onion, and it's cooked in a different way, frying the ingredients and mixing them with the eggs, in few words, although the process is a little bit more complex. (Psss, you have to try it, it's delicious!!)

Some people think everybody here in Spain is wearing, as something usual, the typical "torero" and "flamenco" dresses... We don't, of course! I guess this is just a stereotype, the same way German people are associated to Bavaria dresses, or Japanese people to the kimono. No problem! In fact, I find quite amusing the idea of me in a red flamenco dress!

Well, this is almost true... if we go to the south of Spain. In fact, the north of Spain is much more humid and cold. There are, for example, communities (I mean, Autonomic Communities, referring to old-named "regions") like Galicia or Asturias with a warm -no hot- weather in summer. And some of "Castilla y Léon" provinces have really cold winters! By the way, if you want to spend your summer time in Spain, take into account the South (Andalucía, Levante) is dry and hot, and it's usually plenty of tourists. On the other hand, the north, which has been promoted quite a lot lately, is a warmer, quite place for all those who prefer not too high temperatures, although, I must say, there is one risk: rain and / or cloudy days.

Finally, my last "false idea about Spain" is:

5.- Having a "Socialist" Government now, is the same as if we were saying Spain is... Communist!!

Oh, no! The name of the Political Party in the Government right now is "Partido Socialista Obrero Español" (PSOE, in short). But it has nothing to do with Communism. For some reason, some people understand "socialism" is very close to "communism", but, in fact, here in Spain we have both, a Socialist party and a Communist party.

OK, please, don't misunderstand me. I'm not laughing at you! Maybe you had thought, until now, any of the above ideas was true for you. This is just a list of things we Spaniards hear about our country and culture, and my intention is just to help everybody know what's true and what is not.

Hope you enjoy this list, and, if you have heard about any other stereotype about my country, Spain, share it with us using the comments section below.