A Unique Method for Generating Electricity from Plants

There are several methods to generate electricity from plants. One way has been discussed in another lens of mine, in which the plant pigments were extracted and used to paint glass plates, exposed to the sun light and a potential difference has been created between the two sides of the plate. The electricity has been used to light a 60 Watt bulb.

In this lens I'll discuss another method for generating electricity from plants without killing the plants. It's more from the soil in which the plants are growing than from the plant itself. The diagram to the left summarises the process.

So basically the electricity is formed in the soil by the help of soil microorgamisms that live on the nutrients provided by the plant to them in exchange for providing nitrogen to the plant roots in a form that the plant can absorb and utilize.

Providing an electrode for the microorganisms will help harvest these electrons from the soil and form an electric current that can be used to run some small appliances like charging a cell phone or a laptop battery. A large scale demonstration of the concept has been carried out in Netherlands where the plants were grown on top of the building roof and the electricity has been generated from the soil and used to run the whole facility.

Video explains how it works

My personal objection to the concept

The concept is fine as long as we're talking about generating electricity from alternative sources. My objection is when we talk about large scale production of electricity using this method. Here is why.

The Earth surface is electrically charged, and opposite to this charge is the free electricity in the air. Every thing is now in balance, including the small amounts of free electricity produced by the microorganisms in the soil. By consuming these electrons to run our appliances we are disturbing this balance and at the same time wasting our efforts by not focusing on atmospheric electricity.

To give you an idea how huge this is I'll just state some facts:

1. The atmospheric potential in nice weather increases 30 volts every foot you go higher above the surface of the sea.

2. When a portion of this energy is released for a fraction of a second it causes lightening. 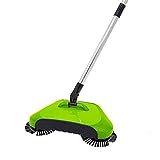