These are the best horse meat jokes from the 2013 horse meat scandal - these jokes just go to prove that the whole food and meat industry is no laughing matter!

The scandal came to light early in the year the news that horse DNA had been found in Tesco 'beef' burgers. The story quickly escalated and soon the headlines were shrieking that some processed meat products labelled 'beef' were up to 100% horse. Ministers came on the TV to tell us that the burgers were safe to eat (remember the little girl being fed beef burgers by John Gummer during the Mad Cow scandal?) but it soon transpired that the meat industry was in a global mess that reached as far away as Mexico and Romania.

Fit to eat? They didn't even know where the meat was coming from. Forged passports, 'bute' a drug given to race horses and illegal horse trafficking were all uncovered.

Furthermore issues of animal care, transportation, poaching of wild horses and a host of other animal welfare issues are raised. I see the dark humor as a way of flagging up the unacceptability of the modern processed food industry practices.

Who was to blame? The big retailers, Tesco, Findus, Birds Eye, Iceland and Ikea - to name but a few, or was it the suppliers, the abattoirs, the local authorities of the recession?

As always, though, there is a silver lining, and the human race is always quick to rise above adversity. One horse meat scandal spin-off are the large number of horse meat joke and beefburger jokes that abound on the internet. Here are just a few of the tastiest horse meat jokes and the best burger jokes for your delectation and to regale you while you flick through your vegetarian and vegan cookbooks to find something safe to eat!

All designs come in a whole load of gifts, from bags to buttons, doggie jackets to dart boards!

Horse Meat Jokes - I laughed until I was a little hoarse!

Some of my favourite horsemeat and beefburger jokes

Beef burgers are a night mare!

"Tesco's veggie burgers - made with 100% uniQuorn" 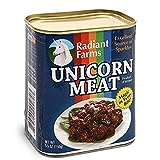 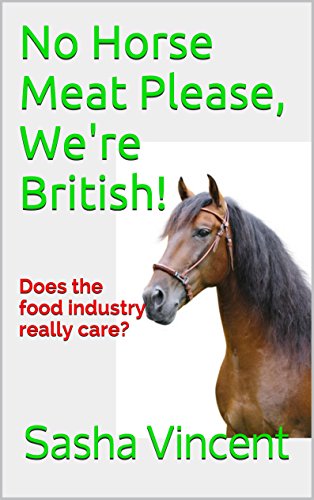 There was an old lady who swallowed a fly ....

I used this popular nursery ryme to make my own horse meat jokes that you can buy at my LesTroisChenes Zazzle store.

There was an old lady who swallowed a fly,

I don't know why she swallowed a fly,

My Pick of the Horse Meat Jokes

The jokes on you!

This was one of four beautiful horses that came to stay at Les Trois Chenes last summer. We have a flower meadow so can accommodate riders in our B&B and horses in our field.

Has This Raised A Smile? - Or is this no laughing matter?

Is the horse meat scandal too serious to joke about?

Links to My Sources - Where I found my horse meat jokes