Victim of a Crime

This Happens to Other People

Never in a million years would I have guessed I would become a victim of a crime. About 14 years ago, my then fiancee and I were Christmas shopping. It was a long exhausting day, so we decided to get a room for the night.

We had just carried our things into the room, locked the door, and were preparing to unpack. Just then, we heard a noise, coming closer and closer to our room and getting louder. We looked at each other and said, what's that? My boyfriend said, I don't know, and proceeded to unlock the door. (dumb move, isn't hindsight wonderful?) He didn't even finish taking the chain off when the door was shoved open and we were confronted with a gun-wielding man, a large man if I recall, with some kind of covering on his face (neither of us remember the details) demanding our money, jewelry,,,I was so taken by surprise I couldn't speak, scream or anything. I was paralyzed with fear. So, we emptied our wallets, gave him what jewelry we had, and he then made us get on our knees and crawl to the bathroom.

All I could think was, my God, I will be leaving my children orphans, is this how my life ends? will it be fast? will he rape me? will the shots hurt?,,,,,,so many things. The whole time he was there he would repeat over and over, don't look at me, as I felt the cold steel of the gun on my neck.

We slowly proceeded to crawl to the bathroom, all the while fully expecting to hear gunshots. Once inside the bathroom, we held on to each other for dear life, and listened, waiting for the final curtain,,but nothing. We stood for what seemed an eternity, and still nothing. We slowly opened the door to find the room empty. He had fled.

We immediately called the front desk and told them to call the police, we had been robbed. Finally the police arrive and take our information. Between us, I think we had maybe $5 in change left. We loaded our car, went to the front desk and asked for our money back. The (not a nice word) person, says to us, you're not going to stay? WHAT?? Was he out of his mind?

The perpetrator was never caught. The police never followed up on our information, because, as they stated in a letter sent to us, they felt we were pulling a hoax for insurance money!!! Which of course, we were not. They gave, as part of their reasoning, that because our descriptions of the perpetrator not seeming to match, they chalked it up as a hoax. Didn't bother to take into consideration the fear factor, that we couldn't have put a coherent thought together in those moments following the attack if our life depended on it (no pun intended).

I can only thank the powers that be that I am still alive to speak about it. 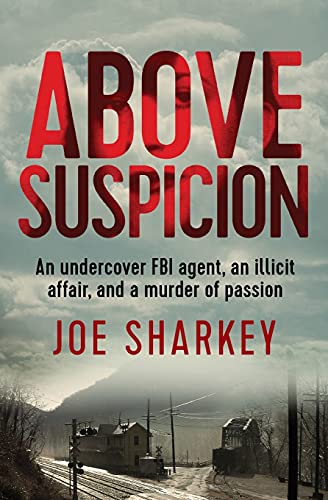 Above Suspicion: An Undercover FBI Agent, an Illicit Affair, and a Murder of Passion
Buy Now