Why We Must Preserve Our Linguistic Resources and Save Dying Languages

Right now, this minute and every minute, languages with only a few speakers left are dying, everywhere around the world, from large countries like the United States and Russia, and from tiny islands and remote regions. 40% of the world's 7,000 existing languages are in danger of becoming extinct. If we allow these languages to vanish, we will lose the worldviews and linguistic programming of the people who speak them. More importantly, as we learn a foreign tongue, the physical structure of our brain is reshaped to accommodate the new information and linguistic programming, and if we allow native speakers of a language to die off, we will lose valuable research opportunities into understanding the human brain. And who knows what works of literature or poetry could emerge from these languages that will enrich all of us?

Another language is dying as you read this; at present, a language dies every two weeks. We must support research and social efforts to save these communities where native languages are dying out, if we have any hope of retrieving the valuable linguistic information these languages and their speakers have. It is as important an issue as the vanishing of species of animals or plants, and often far more easily dismissed.

Anthem
What happens when the word "I" becomes a death sentence?
Buy Now

The Sapir-Whorf Hypothesis, or Linguistic Relativity

Linguistic relativity is the theory that our access to language circumscribes our access to thought--that since we think in language, our ability to think concepts is limited by our language. Writers have used this concept extensively:

The Value of Different Languages

Two quotes, one by Edward Sapir, and the other by Benjamin Whorf, serve to illustrate the basics of the idea that language influences the way we think:

No two languages are ever sufficiently similar to be considered as representing the same social reality. The worlds in which different societies live are distinct worlds, not merely the same world with different labels attached.

We dissect nature along lines laid down by our native language. The categories and types that we isolate from the world of phenomena we do not find there because they stare every observer in the face; on the contrary, the world is presented in a kaleidoscope flux of impressions which has to be organized by our minds—and this means largely by the linguistic systems of our minds. We cut nature up, organize it into concepts, and ascribe significances as we do, largely because we are parties to an agreement to organize it in this way—an agreement that holds throughout our speech community and is codified in the patterns of our language [...] all observers are not led by the same physical evidence to the same picture of the universe, unless their linguistic backgrounds are similar, or can in some way be calibrated.

Whorf was Sapir's student at Yale University; the two were the most influential linguists of the twentieth century. Their ideas were set forth at a time when aboriginal and dying languages were thought to be "primitive," and many linguists, among them William Dwight Whitney, advocated forcing the extinction of all "primitive" languages, arguing that the speakers were savages and would be better off abandoning their languages and learning English and adopting a civilized way of life.

The Groundbreaking Work of Julian Jaynes

The Origin of Consciousness in the Breakdown of the Bicameral Mind
While not your typical summer read, if you are interested in history, psychology, or language, this book deserves your attention. You'll be amply repaid for your time invested!
Buy Now

But is Linguistic Relativity True?

Julian Jaynes' groundbreaking book, The Origin of Consciousness in the Breakdown of the Bicameral Mind, expounds the idea that language is a necessary component of subjective consciousness and more abstract forms of thinking. Jaynes studied literature from the earliest existing fragments to modern literature, and discovered that up until 3000 years ago, there was no evidence of introspection or other interior mental processes; instead anything that might be attributed to interior thought nowadays, was in earlier times relegated to voices of the gods, or muses, or other exterior beings. So people experienced thought as an auditory hallucination originating outside of themselves.

According to Jaynes, around 1000 B.C., the ancient world experienced a series of natural disasters that stressed existing social structures beyond their abilities to maintain themselves. In order to survive, people had to adapt, and one of the ways in which they adapted was to become aware of their thought processes as belonging to them, rather than to a god, demon, muse, or other external being. This is the beginning of modern thinking as recorded in surviving literature and is the kind of thinking we experience today.

Should we attempt to preserve languages that have only a few, elderly speakers?

Wade Davis on the Importance of Language Diversity

See the Impact of Linguistics for yourself!

In 2008, The Linguists premiered at the Sundance Festival, and is the only film ever supported by the National Science Foundation. This film documents the race against time to record dying languages, and is one of the most exciting and inspiring documentaries ever filmed.

Wade Davis gave an amazing TED talk on dying languages and cultures and the importance of their preservation. A National Geographic Explorer-in-Residence, he founded Cultures on the Edge, a magazine dedicated to bringing awareness of threatened cultures to the public.

Wade Davis on Linguistics and Culture 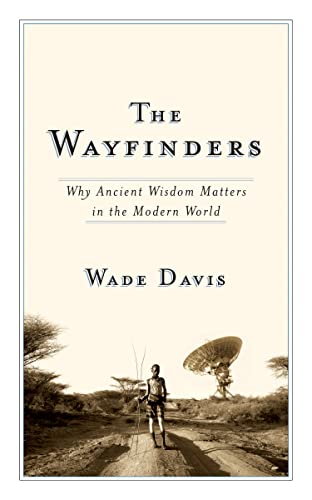 The Wayfinders: Why Ancient Wisdom Matters in the Modern World (The CBC Massey Lectures)
Buy Now

Linguistic Imperialism and the Race to Save Dying Languages 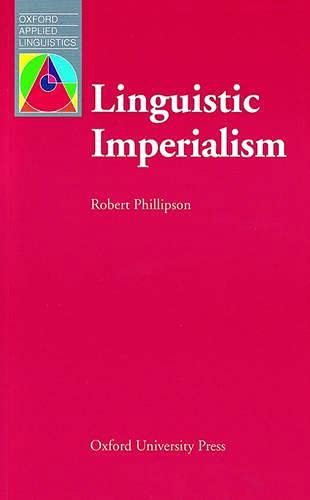 From earliest recorded history, people in power have practiced linguistic imperialism. By attempting to eradicate, or even to fail to support, a different dialect or language, powerful cultures attempt to eradicate a worldview that does not coincide with the worldview of the culture in power. Those who point out that "English is winning" in the present-day, are, perhaps unknowingly, practicing linguist imperialism. There is no need for a winner; since people began speaking language, language have co-existed except where cultures have attempted to colonize or dominate other cultures.

Wade Davis on "The Wayfinders"