Jennifer Mary Shipley was born in Gore in 1952. She was educated in Wellington and Blenheim and went on to graduate from Christchurch Teachers College in 1971. She taught for several years at primary school level, before marrying Central Canterbury farmer Burton Shipley and settling on his family farm near Ashburton.

It was at this stage that Shipley developed an interest in politics, initially at community and local government level before standing as the National Party candidate for the Ashburton electorate (now Rakaia) in 1987. Jenny Shipley won this seat and has retained it since then.

Jenny Shipley gained the position of Opposition Spokesperson on Social Welfare prior to the 1990 General Election, a portfolio she was to become Minister of in the 43rd Parliament, along with Women’s Affairs. She was later appointed Minister of Health in 1994, Minister of State Services, Transport, State Owned Enterprises, ACC and Radio New Zealand after the 1996 election.

On 8 December 1997 Jenny Shipley took over as Prime Minister and Leader of the National Party from Jim Bolger. In doing so, she gained leadership of the Coalition Government, which was becoming increasingly unstable.

When the Coalition broke down on 18 August 1998, Jenny Shipley held on to her position as Prime Minister and National retained the government benches with support from ACT and former NZ First MPs.

In September 1999 Jenny Shipley was host to the Asia-Pacific Economic Cooperation (APEC) annual forum in Auckland, which attracted some of the world’s top leaders to discuss shared trade and economic issues.

The policy developments advanced by the National Government failed to capture the voter’s support, and on 27 November 1999 the Shipley led government were voted into opposition. Jenny Shipley retained the seat of Rakaia, and was the Leader of the Opposition until late 2001.

Jenny Shipley is married to Burton Shipley. They have two children, Anna and Ben and her interests include gardening, music, walking, and water sports.

Peace is a fragile thing. It takes courage to secure it. It takes wisdom to maintain it.

What's Your Opinion About PM Shipley?

Books About New Zealand - Learn more about this island nation 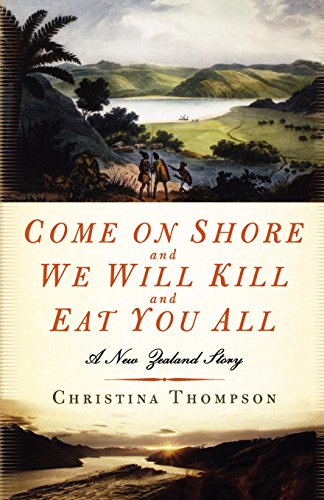 Come On Shore and We Will Kill and Eat You All: A New Zealand Story
Buy Now

Let Us Know You Were Here!