Presidential Trivia: U.S. Presidents With The Most Popular Votes

How Much Do You Know About United States Commanders in Chief?

Do you know the answer to this one?

Which three U.S. Presidents had the most popular votes in history? That is, throughout all elections, not just in a single election.

I heard this one on NPR, while I was listening to Kevin Rudin's Political Junkie show. Lots of people called in to give answers, and the most anyone got right was one out of three, but it wasn't always the same one of the three.

All photos on this page are in the public domain.

How confident are you?

Do you think you know which 3 Presidents had the most popular votes?

(And then I'll get back to the popular vote question)

Here's what you do: Turn the timer over, study the card and try to memorize as many details as you can. Players then roll the die to determine which question will be asked and quiz each other on what they remember. (If you prefer, you can play the game without the timer.)

The game includes 55 cards, a sand timer, and a die.

(This answer changed with the 2012 election, so different answers prior to that may have been correct. Read on to find out.)

President #43 had the third most popular votes (Okay, okay, keep those comments to yourself! This is just a fact.)

Before the 2012 election, Bush was in the number two spot due to the fact that more people voted than ever before.

Nixon had the second most popular votes

Richard Nixon ran for President three times and was elected twice, with a total of 113,063,548 popular votes among the three elections.

11/07/12 Update: According to the Huffington Post in its article, Who Won the Popular Vote in 2012? released today, Barack Obama has 58,720,700 popular votes, and the votes aren't yet finished being tallied. So, he's already well ahead of Nixon and takes over the #1 spot for the most cumulative popular votes received by a U.S. President in history. Once the vote count has been completed, I'll update this page, with President Obama in the first spot, followed now by Nixon and Bush, with Roosevelt as runner-up.

Did You Get This Bit of Trivia Correct?

How did you do?

In 4th Place (but in 3rd until the 2012 election): President Franklin Delano Roosevelt

FDR had the fourth most popular votes

Running for and being elected to office four times helped Franklin Roosevelt clinch the number four spot, with a total of 103,420,118 popular votes.

By election year, FDR's totals were:

See these and other popular vote statistics here:

This fun and educational book contains more than 1,000 questions and answers about 42 presidents and their first ladies. 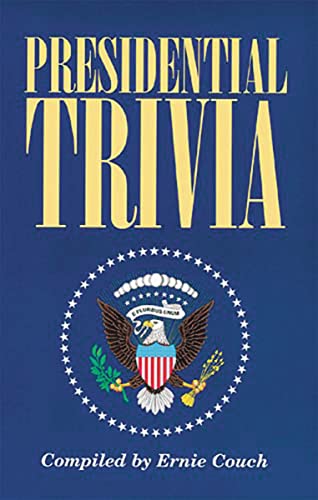 Presidential Trivia
Can you answer any of these: As a young law student, which president broke into the dean's office at Duke University Law School? In which two years did three different individuals serve as president of the United States? Who became president of the United States without having been elected president or vice president? Who was nicknamed "Old Man Eloquent"? Broken into four sections -- Life Before the Presidency, Executing the Office, Presidential Households, and Presidential Miscellanea -- there are a few stumpers on each page of this book, along with amazing, curious facts and figures. One reviewer writes, "Stumps even the greatest Presidential experts. Turns out my knowledge of presidential facts wasn't as good as I had thought. This volume is full of information that surprised me and everyone around me. I learned a ton from this book and was able to stump those who knew more about American history than I did including some history teachers! I read this whenever I have the chance not only to keep sharp on my knowledge, but also to pick up more information."
Buy Now